How Can I Continue after Ramadan? 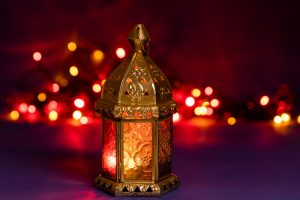 Among the reward of good doing is the guidance to another good deed.

One of the signs of the acceptance of good deeds, according to scholars, is the adherence to good deeds in general. For a fasting person in Ramadan, the approval of his actions is reflected by his adherence to the various acts of worship as well as the moral standards he has followed up in Ramadan after the elapse of the month.

“Among the reward of good doing is the guidance to another good deed and among the punishment of a bad deed is swerving to another bad deed. If Allah accepts from someone, He guides him to obedience and discourages him from disobedience.”

The second thing is to continue on these good acts. It was the habit of the Prophet (peace be upon him) that if he performs a good deed, he will persist in offering them.

Aishah (may Allah be pleased with her) narrated that the Messenger of Allah (peace be upon him) said:

“Do as much of good deed you can, for Allah does not get tired (of giving reward) until you get tired (of doing). The most beloved of deeds to Allah are those that are continuous, even if they are few.” And whenever he (peace be upon him) began an action, he would do it continuously.” (An-Nasaa’i)

Abdur-Rahman ibn Wahb narrated from Aishah that the Prophet (peace be upon him) said: “I asked about the Messenger of Allah about this verse, And they who give what they give while their hearts are fearful… (Al-Mu’minun 23:60)

“Are they those who drink wine and steal?” He said: “No, O daughter of As-Siddiq (Abu Bakr). They are those who fast, perform prayer, give charity while they fear that their Lord will not accept it from them: It is these who hasten to do good deeds, and they are the foremost of them .” (At-Tirmidhi)

In the following video, Sheikh AbdurRaheem McCarthy discusses the means of keeping up the good deeds after Ramadan. The video is very important for the fasting persons who are worried about their deeds and give utmost care to their relationship with God after Ramadan as they had in Ramadan.