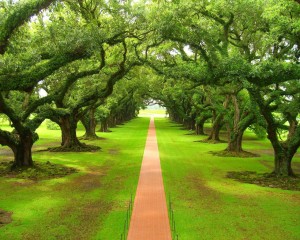 One of the many common questions that were asked during the Islamic Awareness Tour was:

“If God does exist, what reasons do we have to believe He is one?”

This question is important as it addresses a fundamental concept in Islamic theology, the concept of Oneness.

The Oneness of God, in Arabic tawhid, is a central theme in the Qur’an and a message of all of the Prophets, the Qur’an eloquently describes the nature of God and His oneness in the 112th Chapter:

Before I begin to answer the question, it is important to add that the concept of Oneness in Islam is not limited to God’s singularity and uniqueness. There are many aspects to this concept which involve the way human beings should worship God, how they should understand His lordship, and how they should understand God’s names and attributes. It doesn’t stop there as these ideas transform an individual’s worldview and outlook, as a famous Asian-subcontinent thinker once wrote:

“A believer in this…can never be narrow in outlook. He believes in a God who is the Creator of the heavens and the earth, the Master of the East and the West and Sustainer of the entire universe.

After this belief, he does not regard anything in the world as a stranger to himself. He looks at everything in the universe as belonging to the same Lord he himself belongs to.

His sympathy, love, and service are not confined to any particular sphere or group. His vision is enlarged, his intellectual horizon widens, and his outlook becomes as liberal and as boundless as is the Kingdom of God.

How can this width of vision and breadth of mind be achieved by an atheist, a polytheist or one who believes in a deity supposed to possess limited and defective powers like a man?”

In light of this, there are many ways to answer the question referring to God’s singularity and uniqueness, thereby providing a positive case for the oneness of God, and they range from theological to philosophical arguments. I will present the following 5 arguments:

The Qur’an rhetorically asks the question: “Did the universe come out of nothing?” The answer seems quite obvious due to the metaphysical and undeniable logic that whatever begins to exist has a cause, and since the universe began to exist, therefore it must have a cause. It would be irrational to posit more than one cause for the universe, as an infinite regress of causes is impossible. The reasons for this include the absurdity of the actual infinite existing in reality; take the following examples into consideration:

1. You have an infinite number of people in a room, if I take two people away, how many do you have left? The answer is infinity minus two. However, does this make sense? If there are less than an infinite number of people in a room you should be able to count that number in the real world. But you can’t; in other words, the infinite doesn’t make sense in the real world. In light of this, Mathematicians Kasman and Newman state: “The infinite certainly does not exist in the same sense that we say ‘There are fish in the sea’”.

2. Imagine I am a soldier and I want to shoot an enemy. In order to shoot, I have to ask permission from the soldier behind me to shoot, but he also has to ask permission from the soldier behind him to shoot, now imagine this continued forever, that is an infinite amount of time? Will I ever shoot the enemy? The answers are plainly obvious. In the same light, an infinite regress of causes for the universe would mean there would be no universe in existence in the first place.

So the conclusion that the universe has a single independent uncaused cause seems quite plausible; however, you can still posit a plurality of causes all occurring at the same time. Is this a sound argument? I believe it is not a strong argument if we take Occam’s Razor into consideration. Occam’s Razor is a philosophical principle attributed to the 14th-century logician and Franciscan friar William of Occam. This principle enjoins “Pluralitas non est ponenda sine necessitate”, in English “Plurality should not be posited without necessity.” In other words, the simplest and most comprehensive explanation is the best explanation.

Essentially it means that in absence of any evidence or in absence of a need for a plurality of causes we should hold onto the most comprehensive and simple explanation. In this case, we have no evidence to say the cause for the universe is actually a combination of two, three or even one thousand causes, so the simplest and most comprehensive explanation is that this cause is one. Postulating a plurality of causes does not add to the comprehensiveness of the argument. In other words, to add more causes would not enhance the argument’s explanatory power or scope. For example, to claim that the universe was caused by an all-powerful cause is just as comprehensive as to claim it was caused by two all-powerful causes. Because one all-powerful cause is all that is required, simply because it is all powerful.

What has to be understood is that the best explanation for the origins of the universe is the concept of God and not ‘designer’ or ‘creator’.

A contention to this argument is that if we were to apply this principle to the pyramids in Egypt, we would absurdly adopt the view that it was made by one person. However, this is a misapplication of the principle. Taking the view that the pyramids were built by one person is actually not the simplest and most comprehensive explanation as it raises far more questions than it answers.

For instance, how can one man build the pyramids? It is far more comprehensive to postulate that it was built by many men. In light of this, someone can say that the universe is so complex that it would be absurd to postulate that it was created by only one being. This contention, although valid, is misplaced. A powerful being creating the whole universe is a far more coherent and simple explanation than a plurality of causes.

Logic necessitates that if there were more than one God who created the universe it would be in chaos and there would not be the level of order we find in the cosmos. However you may point out that your car was made by more than one creator, one person fitted the wheels, and someone else installed the engine and another person the computer system. So from this example, there can be more than one creator with the created thing still able to exhibit order and stability.

In order to respond to this contention what has to be understood is that the best explanation for the origins of the universe is the concept of God and not ‘designer’ or ‘creator’. There may be a possibility of multiple designers or creators, as highlighted by the car example, but there cannot be more than one God. This is because God by definition is the being that has an unlimited imposing will if there were two or more gods that would mean that they would have a competition of wills and that would result in chaos and disorder. However you may argue that they can agree to have the same will or each have their own domain, but that would mean that their wills are now limited and passive, which would mean they are not gods anymore by definition!

This is explained well by the Muslim scholar Ibn Abi Al-Izz in his commentary of ‘`Aqeedah at-Tahawiyyah’:

The first case is not possible because it requires the existence of contraries.

The third possibility is also ruled out because it would imply that a body is neither moving nor not moving and this is impossible.

This would also imply that both of them are incapable of carrying out their wills, which would disqualify them from being God.

Finally, if the will of one is realized and not that of the other, he alone will deserve to be God and the one whose will is not realized cannot be considered God.”

Source: This article is republished with the author’s kind permission. It first appeared at his website – http://www.hamzatzortzis.com

Hamza Andreas Tzortzis is an international public speaker on Islam, a writer, lecturer and intellectual activist. He is particularly interested in Islam, politics, western and Islamic philosophy. Hamza has debated prominent academics and intellectuals and delivers presentations across the world on various topics; ranging from ‘Does God Exist’ to ‘Can we live better lives without Religion’.