How One Cell Gives Rise to an Entire Body 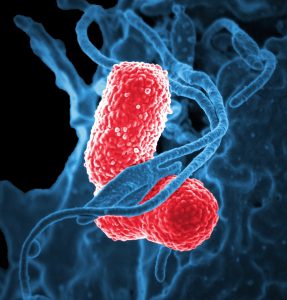 One of biology’s great mysteries is how a single fertilized egg gives rise to the multitude of cell types, tissues, and organs that fit together to make a body. Now, a combination of single-cell sequencing technologies and computational tools is providing the most detailed picture yet of this process.

In three papers online in Science this week, researchers report taking multiple snapshots of gene activity in most of the cells in developing zebrafish or frog embryos. They then assembled those data, taken at intervals of just minutes to hours, into coherent, cell-by-cell histories of how those embryos take shape.

“My first reaction was, ‘Wow!’” says developmental biologist Robert Zinzen of the Berlin Institute for Medical Systems Biology. Just last week, two other papers online in Science traced cell-by-cell gene activity in planaria, simple flatworms, as they regenerated after being cut into pieces. In vertebrates, “the complexity is much higher,” Zinzen notes.

Yet the researchers managed to track the emerging identities of thousands of cells and their progeny. “I think the future of development will be to routinely single-cell sequence embryos,” says Detlev Arendt, an evolutionary developmental biologist at the European Molecular Biology Laboratory in Heidelberg, Germany.

All these studies started by gently dissolving embryos of different stages in special solutions, then shaking or stirring them to free individual cells. For each cell, the researchers then determined the sequences of all the strands of messenger RNA (mRNA), which reflect the genes being transcribed.

At Harvard University, teams led by Allon Klein, Marc Kirschner, and Sean Megason focused on zebrafish and frogs, two vertebrates that developmental biologists have studied for decades. In their fish study, Klein and Megason analyzed some 92,000 zebrafish cells, compiling mRNA data from seven different embryo stages. Their group started with 4-hour embryos and ended 24 hours after fertilization—the point at which the basic organs have begun to appear. Each cell’s pattern of gene activity reveals the developmental direction it is headed, and, ultimately, its final identity.

To trace how the cells and their progeny changed over time, the researchers equipped some of the single-cell fish embryos with genetic tracers: many tiny pieces of unique DNA injected into the embryos’ cytoplasm. As the cells repeatedly divided in the growing embryo, these barcodes found their way into the nucleus and were incorporated in the chromosomes. By the end of the experiment, each lineage of cells ended up with a distinctive combination of barcodes. By merging this information with the gene activity profiles, the research team could trace cell fate through time to see how a fertilized egg gave rise to a variety of specialized cells, such as heart, nerve, and skin.

In a separate study, a team led by Harvard developmental biologist Alexander Schier created its own computational method to trace cells in maturing zebrafish. After the group sampled cells every 45 minutes over 9 hours of early embryo growth and sequenced the cells’ mRNA, software reconstructed the biography of each cell by taking the gene activity of fully differentiated cells and analyzing which cells in the next-oldest embryo had the most similar gene activity profile. The system worked backward through each embryo stage, all the way to the base of the tree—the starting, undifferentiated cell.

The analyses led to some surprises. Developmental biologists had thought that once a cell starts down a path to becoming, say, a muscle cell, it would not stray. But some zebrafish cells switched midstream to a different type, as indicated by changes in their gene activity, Schier and his colleagues’ report. “The picture is a lot more complex” than we thought, Megason says.

In the frog Xenopus tropicalis, Kirschner and Klein did single-cell RNA sequencing at 10 embryonic stages between 5 and 22 hours after fertilization. Their team ultimately read the mRNA of 137,000 cells. The gene activity data showed that even when the frog embryo appears to be an undifferentiated blob, its cells have begun to take on their eventual identities, say as a tail bud.

When Klein, Kirschner, and Megason compared the results for the frog and the zebrafish, they found surprising differences. For example, the developmental routes of certain cell types varied by species. And although the activity of key transcription factor genes was similar in common cell types, the activity of other genes in some cell types differed more than the researchers expected between the two species.

Both zebrafish teams also tracked gene activity in fish that had a mutation expected to seriously disturb development. The two groups’ different mutations completely eliminated specific cell types—presumably those directly affected by the disrupted gene—but most other cells differentiated almost normally. This “is just the tip of the iceberg,” in terms of analyzing the developmental effects of mutations, Arendt says.

Such studies could also provide a recipe book for stem cell scientists and tissue engineers who want to make new cell types, just as embryos do. The new results says developmental biologist David Kimelman of the University of Washington in Seattle, “are a real tour-de-force effort and a major accomplishment in being able to understand one of the fundamental questions in developmental biology.”