How to Effectively Convey the Message: Characteristics of the Da`i

The individual who has accepted the duty of calling others to Allah must possess certain characteristics to effectively convey the message. These attributes are mentioned in the Qur’an and preserved in the record of the divinely guided lifestyle of the Prophet (peace be upon him). 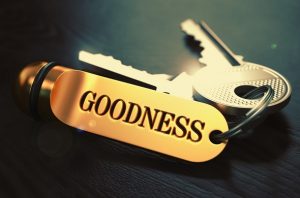 It is essential that the da`i to be soft in conveying the message as harshness could easily discourage people from listening to the truth.

The foremost quality that the da`i (caller) should have is that of knowledge which is itself a prerequisite for faith.

Allah instructed the Prophet to inform others that his call to Islam was based on knowledge.

Furthermore, Prophet Muhammad (peace be upon him) made the pursuit of knowledge an obligation on all Muslims.

It is essential that the da`i to be soft in conveying the message because harshness could easily discourage people from listening to the truth. Allah addressed this issue with regard to the Prophet himself saying:

If you were harsh and hard hearted, they would have fled from around you. (Aal ‘Imran 3:159)

Furthermore, it was as a result of Allah’s mercy that the Prophet was gentle to those he invited to Islam.

The da`i must always consider the fact that Allah instructed Prophets Musa (Moses) and Harun (Aaron) to gently communicate the message of Islam to Pharaoh who was, at that time, claiming that he was God.

The Prophet (peace be upon him) also prayed saying:

Gentleness in da`wah affects the hearts of those being invited and makes them want to listen to the message. The Messenger of Allah (peace be upon him) was reported by his wife, `A’ishah to have said,

“Whenever gentleness is in a thing it beautifies it and whenever it is withdrawn from something it defaces.” (Muslim)

And he was quoted by Jareer as saying: “One deprived of gentleness is deprived of all good.” (Muslim)

In disseminating the message of Islam, the da`i must adjust himself or herself to each situation and use the most appropriate material.

Some scholars of tafseer (exegesis of Qur’an and Sunnah) explain that “wisdom” mentioned in this verse refers to the Qur’an and the Sunnah due to the wisdom which they contain as well as the guidance to righteousness and happiness.4

“A part of wisdom is to clarify the meaning and explanation in effective ways. (The caller) does this in the language of the one whom he is calling so he can understand (the message). The da`i continues in this way until the one being called has no doubt remaining in his mind, and the truth, which may have been hidden due to a lack of explanation, or persuasive da‘wah in his own language … now becomes apparent to him… If there is a need for religious admonition, then the da`i should preach mentioning the suitable verses and hadiths which concentrate on encouragement and warnings. The heart of the one called will then awaken and be attracted to the truth.”

Most people who come to Islam do so after a faith-seeking journey. Consequently, only a very few begin their search and end it with the same person. When declarations of faith are given it is after many stops on the road. Someone may start the person off and many help on the way and someone else helps the person finally declare their faith.

Therefore, the responsibility of the da`i is to convey the message and not to put faith in peoples hearts. As Allah informed His Messenger (peace be upon him) and his followers:

Your responsibility is only to convey (the message) and the accounting is on Me. (Ar-Ra`d 13:40)

Great stress has been placed in Islam on good moral character. Prophet Muhammad (peace be upon him) summarized the essence of the Islamic message saying,

“Indeed, I was only sent to complete the most noble of character traits.” (Al-Bukhari and Al-Hakim)

And Allah said in the Qur’an,

Surely you (Muhammad) have a magnificent character. (Al-Qalam 68:4)

“His character was that of the Qur’an.” (Muslim, Abu Dawud and Ahmad)

That is, his manners were according to Allah’s instructions in the Qur’an. Consequently, the development of good character depends on closely following the Qur’an and the teachings of the Prophet (peace be upon him). In this regard, Allah also said in the Qur’an:

Indeed you have in the Messenger of Allah a beautiful example (of conduct)… (Al-Ahzab 33:21)

Thus, the rites and rituals of Islam cannot be separated from good manners. An-Nawwas ibn Sam`an quoted the Prophet as saying,

“Righteousness is good character and sin is what itches in your heart and you dislike that people would find out about it.” (Muslim)

Islam teaches man how to lead a morally righteous life by pointing out the proper way to live. Any Muslim who displays bad manners such as swearing or lying is either a hypocrite pretending to be a Muslim or a very weak Muslim. Faith is inseparable from action. Abu Hurairah quoted the Prophet (peace be upon him) as saying,

“The believer whose faith is most complete is he whose character is best.” (At-Tirmidhi)

Consequently, throughout the Qur’an, whenever Allah instructs humankind to believe, He always links faith with command to do righteous deeds. Abu Hurairah reported that the Prophet did the same, saying, for example,

“Whoever believes in Allah and the Last Day should not harm his neighbor, he should be kind to his guest and he should either speak good or be silent.” (Muslim)

That being the case, there should be an underlying principle of morality at the base of all Islamic teachings. Islam covers all aspects of human existence; spiritual, social and economic.

Consequently, there is in Islam a network of moral principles governing all human relations with God, with other humans, as well as with the environment in which humans exist. For example, from an Islamic perspective, worshipping others besides God would be considered morally wrong and bad character, in the same way that lying to others or littering the environment would be considered morally objectionable.

Therefore, it may be assumed that each of the pillars of Islam and iman (faith) were designed to develop a particular set of moral characteristics. Without understanding the moral and spiritual goals of the pillars, they remain empty rituals which cannot benefit anyone in the next life.