Is Religion Necessary in Our Life? 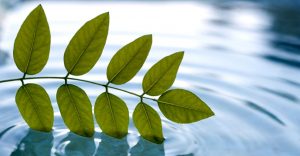 The issue of religion, in light of the Islamic notion, is as crucial as life. It is not marginal or supplementary.

For a non-Muslim, he or she should be excused for the conflicting and eerie feelings and impressions they might have about Islam. They may not be blamed for their reactions regarding a religion that has been globally portrayed as barbaric and terroristic, even if the truth is the very opposite.

Islam is propagated as the religion of violence, extremism, terrorism, fundamentalism and backwardness. Yet, the term terrorism, although not clearly defined, is depicted as an Islamic issue not a universal dilemma that knows no religion or race.

Moreover, a non-Muslim is generally confused through understanding Islam within the perspective of their faiths and practices which are completely different in Islam. These things as well as other influences such as the extremist movements that committed the most abominable atrocities under the name of Islam added to the spoiled image of Islam in the eyes of the common.

Also, they helped to lengthen the distance between non-Muslims and Islam, the merciful religion and created a psychological barrier between them and Islam.

However, the issue of faith, in light of the Islamic notion, is as crucial as life. It is not marginal or supplementary but it is as essential as it touches on the various sides of a person’s life and afterlife. It is produced by Islam entirely different from other faiths. God, the Provider and Creator of life, maintains that the purpose of creating people is to practice the worship to Him Alone. He says in the Qur’an:

And I did not create the jinn and mankind except to worship Me. I do not want from them any provision, nor do I want them to feed Me. Indeed, it is Allah who is the [continual] Provider, the firm possessor of strength. (Adh-Dhariyat 51:56-58)

Then, Allah clarifies that He has made the universe serviceable for man to help him be dedicated for the worship of God. Almighty Allah says,

It is Allah who erected the heavens without pillars that you [can] see; then He established Himself above the Throne and made subject the sun and the moon, each running [its course] for a specified term. He arranges [each] matter; He details the signs that you may, of the meeting with your Lord, be certain. (Ar-Ra`d 13:2)

Allah censures those who took some idols or persons as gods despite the fact that these worshipped things cannot create or cause harm or benefit to their worshipper, even they are created by Allah, the Only true God. He says in the Qur’an,

But they have taken besides Him gods which create nothing, while they are created, and possess not for themselves any harm or benefit and possess not [power to cause] death or life or resurrection. (Al-Furqan 25:3)

So, the importance of religion should not by any means discarded. It is the single key for the perfect and integrated success in life. The Qur’an clearly maintains that the true believers in God who follow the commands of Allah are rewarded by utmost pleasure and success in this life and the afterlife. God says,

Whoever does righteousness, whether male or female, while he is a believer – We will surely cause him to live a good life, and We will surely give them their reward [in the Hereafter] according to the best of what they used to do. (An-Nahl 16:97)

One passes by many people who have scored the highest scientific degrees but this does not save them from psychological and spiritual failures because they did not recognize the existence of God. Their life became thus ruinous. Those who possess sound faith enjoy their life in the complete meaning of the word. The life we are in is not separated from the unseen world which explains the reality of our existence, controls and preserves it and ensures it survival. God is the One who created, administered, dominated, operated, directed and designed the whole being. Those who want to experience their life without a religion are actually attempting to contradict reality and the actual rules of survival. They want to break the relationship between an animate being, namely the universe, which is not run by itself but by the Power of the Omnipotent God and the powerless man, and the world of the unseen which brought the universe to existence and watches over its circle of its life.

The negligence of religion, according to Islamic faith, means dispensing with the Superpower and going against the Will of the Creator, which is the utmost loss. All people are in dire need to God, as the Qur’an says,

O mankind, you are those in need of Allah , while Allah is the Free of need, the Praiseworthy. (Fatir 35:15)

Moreover, we find that Islam has been keen to perfect and rectify the social aspects of the individuals and community through linking them with God Who is All-Seeing and Watchful. A true Muslim is the one who is conscious of his Lord all the time whether he/she are in public or in secret. So, they have to observe the commandments of God at all times, which include justice, mercifulness, cooperation, mutual love, coexistence, respect of others, good manners and altruism.

Invite to the way of your Lord with wisdom and good instruction, and argue with them in a way that is best. Indeed, your Lord is most knowing of who has strayed from His way, and He is most knowing of who is [rightly] guided. * And if you punish [an enemy, O believers], punish with an equivalent of that with which you were harmed. But if you are patient – it is better for those who are patient. * And be patient, [O Muhammad], and your patience is not but through Allah . And do not grieve over them and do not be in distress over what they conspire. * Indeed, Allah is with those who fear Him and those who are doers of good. (An-Nahl 16:125-128)

Also, Islam forbids all kinds of oppression, transgression and all kinds of evil. The Qur’an briefs this in a word saying,

Those who follow the Messenger, the unlettered prophet, whom they find written in what they have of the Torah and the Gospel, who enjoins upon them what is right and forbids them what is wrong and makes lawful for them the good things and prohibits for them the evil and relieves them of their burden and the shackles which were upon them. So they who have believed in him, honored him, supported him and followed the light which was sent down with him – it is those who will be the successful. (At-Tawbah :157)

When one comes to know the truth about Islam all the falsities that have been misleadingly introduced to him will evaporate. They could not stand in front of the bright and convincing proofs and commandments of Islam that shape the life in the most proper way. So, let’s think again about the issue of religion and search for the most truthful faith, which is only Islam.