Is There any Special Significance for Reason in Islam? 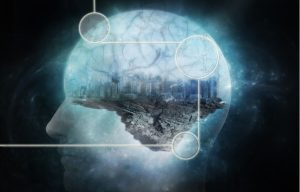 The question of reason was one of the most important philosophical issues that have preoccupied Muslims since the second Islamic century to the eighth.

The question of reason was one of the most important philosophical issues that have preoccupied Muslims since the second Islamic century to the eighth. Philosophers, theologians, physicians and jurists participated in the debate, according to Az-Zarkashi (A Muslim renowned jurist). We can also add the grammarians who were interested in deriving linguistic meanings and synonyms. Each scholar looked at the issue from his unique perspective.

The definition of reason has up to a thousand variations, as some say. Islam glorifies reason when associated with virtue and ethics, and it gives it more than one name—all of which refer to its sensible reality and its relationship with wisdom.

It is `aql, hajr, nuha: it was named ‘reason’ because it reasons one away from ignominious acts and vices; and it was called hajr also because it forbids, i.e. prevents, one from committing vices. Reason (al-`aql) is also interpreted as a spiritual light by which the self perceives things or discerns necessary and theoretical knowledge. It is also explained as a force or power by which one distinguishes between good and bad.

To comprehend something (`aqla ash-shay’) is to understand it. God says, “After they comprehend it then they know” and He says, “These are signs for those who reason”, “Do they not reason/understand (ya`qilun)”, “And they said, if we had heard or comprehended”, “They do not comprehend it—except for the knowledgeable”.

Overwhelmingly, the meaning of this word (`aql) in the Qur’an is to be of correct understanding and perception, or its meanings of “If you were to use reason (ta`qalun)” and “an oath for one of perception (hajr)”. The word lubb (intellect, reason) is also often used in the plural to mean `aql (reason): “O people of understanding, perhaps you may be aware of God (tattaqun); and so is the word qalb (intellect, heart), “Verily in this is a reminder to whomever has an intellect (qalb)”, fouad (heart, mind) “…and the hearts (af’ida), that you may be grateful”, and nuha (intelligence, understanding): “Verily in this are signs for those of intelligence”.

There is a famous saying that the first thing God created was reason and He said, “By My Power and Might, I have not created anything nobler than you: by you I take and by you I give and by you I punish.” Although this saying is not established as being attributed to the Prophet from God but it refers to the status of reason and the rational mind amongst Muslims.

Islam makes reason a source of basic knowledge—even the first primary source in creed and belief—and one of the four sources in the institution of Islamic law, according to the Proof of Islam, Abu Hamid Al-Ghazali in his Al-Mustasfa.

Reason (al-`aql) is one of the five imperatives upon which Islamic law is built, in addition to religion, life, lineage, and property. These are the universals that govern the system of legislation in Islam.

Reason is the focus of legal capacity and integrity, which the Creator entrusted to man after the heavens and the earth proved incapable of enduring the burden. Thus, Islam prohibits intoxicants and anything that leads to the absence of reason.

The Qur’an has called for utilizing reason and thought. When it calls for reflection and thinking about the signs of the universe and the verses of revelation, it is an invitation to insights into the mysteries of creation and the judgment of the command: “Unquestionably, His is the creation and the command.” And pointing to human attention to the proof existing in himself and from himself, “In yourselves, do you not perceive?” and in the universe around him, “We have not created the heave and the earth and all that is between them in vain”, “God has not created the heavens and the earth and what is between them except with truth”.

God commanded meditation upon His creation and reflection on His revelation when He says, “Have they not considered the dominion of the heavens and the earth, and that God created from nothing” and the Almighty says, “Reflect on the creation of the heavens and the earth” and “Will they not ponder the Qur’an”, “Have they not pondered the speech”; He says “So let them ponder His signs and verses and let the people of intellect remember.” The command to meditate and reflect comes in the form of rhetorical questioning so as to be more eloquent in statement and more conducive to thought.

It was reflection and contemplation which were the means to understanding the reality of the wisdom of creation and the benefit which is contained in the provisions and judgments of truth and the right. These distinctions are not found in any religion with such clarity and cohesion. Proceeding from this came the objectives of the law (maqasid al-shari`ah) representing a complete system, attributing Shari`ah to rational origins safeguarding people’s interests and staving off evils. This has all arisen after thoroughly examining the Shari`ah, and it has been developed in the best interests of the people via induction and investigation—Ar-Razi does not dispute this, nor does anyone else according to Ash-Shatibi (Muslims scholars).

Ultimately, there is no conflict between reason and revelation. The Islamic religion, for example, does not accept the rational impossibility of the trinity, which claims that three are one and one is three, or that God is transubstantiated in Man. Which is more rational true: the doctrine of the trinity or pure monotheism? Many Western theologians who converted to Islam did so because of the inherent rationality they found in it, while also recognizing that what they found in their own religions did not always correlate to reason. Even the 1793 French Revolution, when it organized ritual glorification of reason to eliminate the beliefs and practices of the church, reflected its own narrow and irrational beliefs and practices according to the opinions of Enlightenment philosophers.

Source: Taken with modifications from Binbayyah.net, translated by Yusuf Lenfest