Islam: A Total Way of Life 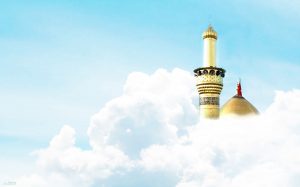 Just as He is the Lord of the physical universe, to the true Muslim believers, God is the Lawgiver for every area of human life.

In understanding the concept of government in Islam, one needs to first understand the nature of the religion. This article explains how the fundamental beliefs of Islam play a pivotal role in the system of governance.

The separation of ‘church and state.’

The West makes a natural mistake in their understanding of Islamic tradition, assuming that religion means the same for Muslims as it has meant for most other religious adherents ever since the industrial revolution, and for some societies, even before that; that is: a section of life reserved for certain matters, and separate from other sections of life. This is not the Islamic worldview. It has never been in the past, and modern attempts of making it so are seen as an aberration.

Islam: A Total Way of Life

Islam is a “total way of life.” It has provided guidance in every sphere of life, from individual cleanliness, rules of trade, to the structure and politics of the society. Islam can never be separated from social, political, or economic life since religion provides moral guidance for every action that a person takes. The primary act of faith is to strive to implement God’s will in both private and public life. Muslims see that they, themselves, as well as the world around them, must be in total submission to God and his Will. Moreover, they know that this concept of His rule must be established on earth in order to create a just society. Like Jews and Christians before them, Muslims have been called into a covenant relationship with God, making them a community of believers who must serve as an example to other nations by creating a moral social order. God tells the Muslim global nation:

“You are the best community raised for mankind, enjoining the right and forbidding the wrong…” (Aal `Imran 3:110)

Throughout history, being a Muslim has meant not only belonging to a religious community of fellow believers but also living under the Islamic Law. Islamic Law is believed to be an extension of God’s absolute sovereignty.

God is the Only Sovereign

God is the absolute sovereign in Islam and is, therefore, the only Lord of heaven and earth. Just as He is the Lord of the physical universe, to the true Muslim believers, God is the Lawgiver for every area of human life. Just as He is the Master of the physical world, God is the Ruler of the affairs of men in Islamic doctrine. Thus God is the supreme Lawgiver[1], the Absolute Judge, and the Legislator Who distinguishes right from wrong. Just like the physical world inevitably submits to its Lord by following the ‘natural’ laws of the universe, human beings must submit to the moral and religious teaching of their Lord, the One Who sets right apart from wrong for them. In other words, God alone has the authority to make laws, determine acts of worship, decide morals, and set standards of human interaction and behavior. This is because “His is the Creation and Command.” (Al-A`raf 7:54)

The Separation of Institutional Religion & the State

As we have mentioned, in Islam God is acknowledged as the sole sovereign of human affairs, so there has never been a distinction between religious and state authority. In Christendom, the distinction between the two authorities is said to be based upon records in the New Testament of Jesus, asking his followers to render unto Caesar what was his and unto God what was His. Therefore throughout Christian history until the present times, there have always been two authorities: ‘God and Caesar’, or ‘the church and state.’ Each had its own laws and jurisdictions, each its own structure and hierarchy. In the pre-westernized Islamic world, there were never two powers, and the question of separation never arose. The distinction so deeply rooted in Christendom between church and state has never existed in Islam.

The Vision of an Islamic State

The vision of an Islamic state and the purpose of its political authority is to implement the divine law. Thus, the ideal Islamic state is a community governed by the Law revealed by God. This does not entail that such a state is necessarily a theocracy under the direct rule of the learned men of religion, nor is it an autocracy that vests absolute power in the ruler. The function of the Islamic state is to provide security and order so that Muslims can carry out both their religious and worldly duties. The Caliph[2] is the guardian of faith and the community. His role is not so much checked by the ulama (religious scholars), but enhanced by them because they provide him religious and legal counsel. He also appoints judges who resolve disputes in accordance with Islamic Law. There is a certain level of flexibility in regards to the system of governance and its establishment in Islam, however, religion must be implemented fully into state and society.

[1] God’s existence proven by the existence of a supreme Lawgiver is called the ‘ethical’ argument by Western theologians.

[2] The word Caliph is the English term for Khaleefah or successor, for the Caliph succeeds Prophet Muhammad as political leader of the Muslims and implementation of Divine Law in society.