Islam in Focus: Analysis of Creedal Formula (Audio Series A-3) 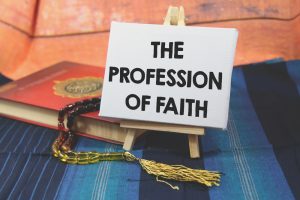 What term do Christians and Jews, living in the Arab world where Arabic is the mother tongue, use for God?

In this audio series Dr. Jamal Badawi answers questions related to the fundamental teachings of Islam.

Brother Muhammad Husni is the host of this series. We have to keep in mind that the series was recorded some twenty years ago. So the statistics are a bit old.

1- Am we correct in understanding that Muslims, when referring to God– to Allah, are referring to the same deity as the Christians and Jews for instance?

2- What term do Christians and Jews, living in the Arab world where Arabic is the mother tongue, use for God?

3- How can we reconcile ourselves with all the writers on Islamic studies that claim that Allah is not an Islamic term and that Allah existed as the name of a deity in the Arabian Peninsula years and years before Islam appeared?

4- Having clarified the term Allah and clarified its meaning in Islam and how it relates to the word God in English, is Islam, as a faith, expressed in a [precise] form like the shayma for the Israelites?

5- It is very interesting to note that the shahadah or the creedal formula of Islam starts with negation. In other terms, it doesn’t say “There is one God” but it says “I bear witness that there is NO God but one God.” Is there any significance to that initial negation?

6- Since it’s a very wealthy and rich concept, we should start by looking at the negations and then move (in the next program) to the affirmative side of the creedal formula in Islam. To start with the negations, could you elaborate a little bit more on the position of Islam visa vie the idol worshiping that was rampant in the Arabian Peninsula?

7- What would make human beings worship a piece of stone, a statue- an inanimate object?

8- The worship of natural phenomena and forces of nature like the sun, the moon, and the wind was again very common in mythology as well as pre-Islamic Arabia. What would cause people to worship these?

Listen to this episode in which Dr. Jamal Badawi answers these questions:

Dr. Jamal Badawi is an Egyptian born Muslim Canadian. He is a former professor who taught at a number of schools including the Sobey School of Business, Saint Mary’s University in Halifax, Nova Scotia, where he taught in the Departments of Religious Studies and Management.

He is a well-known author, activist, preacher and speaker on Islam. Dr. Badawi completed his undergraduate studies in Cairo, Egypt and his Masters and Ph.D. degrees at Indiana University in Bloomington, Indiana.

Dr. Jamal Badawi is the author of many books and articles on Islam. In addition, he researched, designed and presented a 352 segment television series on Islam, which was shown in many local TV stations in Canada, the US and as well as other countries all over the world. Audio and video copies of this series are widely available throughout the world.

Dr. Jamal Badawi also actively participates in lectures, seminars and interfaith dialogues in North America. He was invited as a guest speaker in various functions throughout the world. Additionally, he is active in several Islamic organizations, including Islamic Society of North America (ISNA). He is the founder/chairman of the Islamic Information Foundation, which is a non-profit foundation seeking to promote a better understanding of Islam and the Muslims.

Currently, he is the Vice-Chairman of the Islamic University. Dr. Badawi is the father of 5 and grandfather of 12 children.