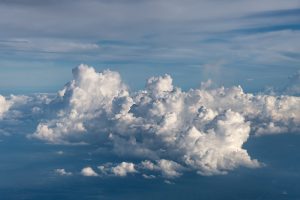 The Creation of Humankind from Adam and Eve

In the opening passage of Surah al-Nisa’, God describes all humanity as descendants of Adam and Eve: “O Humankind, be mindful of your Lord, Who created you from a single person, and made from him his mate, and from the both of them He created many men and women” (Qur’an 4:1). The verse is patently explicit: all of mankind, without exception, originates from one couple.

The evidences from the Qur’an and Sunnah on humanity being descended from these two parents are too numerous to recount in the span of this article. Suffice to say that the entirety of the Muslim ummah in every generation since the beginning of Islam has understood that humankind is descended from Adam and Eve, who were created directly by God.

Moreover, Allah describes the creation of Adam in such intricate detail and with an abundance of physical descriptions that it becomes impossible to remain faithful to the text of the Qur’an and simultaneously dismiss the entire narrative as figurative or metaphorical. We are told in the Qur’an that our origin is from dust (18:37), from water (21:30), from earth (53:32); that Adam was made from clay (7:12), from sticky clay (37:11), from a hardened clay (55:14), which finally became a darkened, hardened clay that resounds (15:28). A passage in Surah al-Sajdah distinguishes between Adam’s origin and the subsequent descent of humankind: “He began the creation of man from clay, and then made his offspring through an extract of a contemptible fluid” (32:7-8). This is particularly explicit in that it claims that the first man was created from clay (ṭīn), and then his offspring emerged through ordinary procreation. Moreover, the Qur’an tells us that Allah created Adam with His Two Hands and breathed His Rūḥ into Adam—and this is why Adam was unique.

The hadith literature is even more explicit—in the Ṣaḥīḥs and other authentic works, we are told that Allah took a handful of soil from the earth and He fashioned the shape of Adam and allowed the lifeless body to remain for a period of time. Before the soul was breathed into Adam’s body, Shaytan went around this lifeless form, noting it to be hollow and boasting of his presumed superiority over Adam. We are told that the rūḥ (soul) was blown into the lifeless body of Adam and as it reached his nose he sneezed and praised Allah. We are told that there was a time when Adam was “between the spirit and the clay.” The second human being was Eve (Hawwa’ in Arabic), who the Qur’an states was made from Adam.

Clearly, in light of such an explicit and vivid narrative, claims that human beings have descended from other species besides Adam are not theologically tenable. Some may attempt to confine the meanings of the texts as tightly as possible and discard any textual inferences (dalalat al-nass) in an effort to squeeze in human evolution from creatures alongside Adam. However, as the subsequent discussion shall illustrate, a sound approach would entail according both scriptural theology and philosophy of science their appropriate epistemic weight, using both scriptural and scientific knowledge to arrive at a deeper understanding. The discourse on reconciling reason and revelation is not new but rather the subject of voluminous writings in Islamic history. Essentially, three different approaches have arisen in Muslim history corresponding to three famous historical figures: Ibn Sina (d. 428 H), Abu Hamid Al-Ghazali (d. 505 H), and Ibn Taymiyyah (d. 728 H).

Ibn Sina represents the tradition of the falasifah and he viewed philosophical reasoning—as represented by the Neoplatonic and Aristotelian traditions—as the supreme discourse in ascertaining the truths of reality. In his work Kitab al-Shifa’, he describes the role of prophets as essential for social order. The role of the Prophet is to communicate philosophical truths about the Divine in the language of symbols that will be comprehensible to the masses (bal yajib an yu’arrifuhum jalalat Allahi wa ʿadhamatihi bi-rumuz wa amthilah). For Ibn Sina and the falasifah, when scripture describes physical resurrection, Paradise, or Hell, these are symbolic descriptions for common people to imagine (takhyīl) realities beyond their comprehension; Ibn Sina affirms only a spiritual resurrection signifying either permanent mental pleasure or misery in the soul. Religious texts that conflict with philosophical truth are to be interpreted as allegorical, symbolic, and ultimately fictitious tales aimed at keeping the commoners in check (muqayadīn). There are no hermeneutic limits to this approach; one could extend this method to argue that prayer, fasting, and even the concept of God are mere symbols. Indeed, in Europe, the naturalist philosopher Benedict de Spinoza reduced ‘God’ to a productive force in nature and dismissed most of religion arguing, “For many things are narrated in Scripture as real, and were believed to be real, which are in fact symbolic and imaginary.” The Hanbalite theologian Al-Safârîni (d. 1188 H) explicitly criticized this method of dealing with the texts: “They say that what the Prophet mentioned on the subject of faith and the afterlife is only a symbolic representation of the truths (takhyīl lil-haqa’iq) to benefit the masses, not to actually clarify reality nor guide creation to elaborate truths. And there is no disbelief greater than this disbelief.”

The preceding approach was categorically rejected by mainstream Muslim scholarship, and many of its most vociferous opponents belonged to the tradition of kalam, which sought a synthesis of Hellenistic philosophy with scriptural interpretation. In this tradition, Abu Hamid Al-Ghazali argued that since reason is the basis for affirming the truth of revelation (as logic alone distinguishes between a true prophet and a false one), reason cannot be discarded when it appears to conflict with revelation. In his work, Qanun al-Ta’wīl (the law of re-interpretation), he argues that the moderate position is to accept both reason and revelation as important foundations (asl muhimm), and in cases of apparent conflict (such as hadith describing ‘actions being weighed’ or ‘death being slaughtered’ on the Day of Judgment) there is no recourse except to metaphorical interpretation (fa idhan la budda min al-ta’wīl). The default presumption with regards to scripture is to affirm that it describes things as they actually are (wujud dhati). It is only when this level of interpretation conflicts with a logical deductive argument that one resorts to metaphorical interpretation (ta’wīl), which Ahlul-Kalam primarily applied to texts pertaining to the attributes of God. While a particular word or phrase in a text could be taken as metaphor, none of the schools of kalam considered the accounts of the hereafter or prophets to be wholly allegorical.

In contradistinction to the methods of ta’wīl and takhyīl, Ibn Taymiyyah argues for the primacy of revelation and presents a law which is the inverse of that provided by the kalam theologians: when reason and revelation contradict, giving priority to reason would logically entail that it not be given priority. If logic establishes the veracity of the scripture, then the only logical conclusion is to accept what the scripture states unconditionally and without challenging it on the basis of fallible and fundamentally limited human reasoning. The truth of revelation does require external verification but is actually recognized through its concordance with the primordial nature of all human beings (fitrah) rather than through convoluted philosophical arguments.

Moreover, Ibn Taymiyyah rejects the oft-mentioned bipartite division of knowledge into religious (samʿiyyat) and rational (ʿaqliyyat), arguing that reason is intrinsic to religion. He explains that what is relevant is the definitive (qatʿi) nature of a proof, regardless of whether it is scriptural or rational. When it comes to textual evidences that are explicit and unequivocal, there can be no recourse to re-interpretation. However, if revelation provides us with a lone text that is ambiguous or subject to interpretation, and has several plausible readings while reason is conclusive on a matter, then we have no qualms adopting the linguistically plausible reading of the text that is concordant with the dictates of reason and modern science. This is not a case of figurative interpretation, but rather selecting one of a variety of established lexical meanings of a word based on definitive proofs. For instance, Allah says He created the heavens and earth in sittati ayyām (e.g., Qur’an 7:54, 10:3, 11:7, etc.) which is often translated as ‘six days.’ The Arabic word yawm could mean a day, as many scholars understood; however other Qur’anic passages (e.g., 22:47) and classical lexicons indicate that yawm can apply to any period of time. Hence, to understand this verse as implying that Allah created the heavens and earth in six stages, rather than six 24-hour periods, is completely in harmony with the Qur’an.

How do these three approaches pertain to the topic of evolution? In the case of the story of human origins, we have such an explicit narrative, one that is deeply rooted in countless passages throughout the entire Qur’an and numerous Prophetic statements, that there is no choice other than to accept that this is what Allah intended for us to believe. The sheer quantity and diversity of nouns, adjectives, and verbs used simply make any linguistic re-interpretation (or taʾwīl) implausible. Meanwhile, attempts to describe the entire account as symbolic or allegorical (takhyīl) may be tempting for some contemporary Muslim scientists, but it leads to logically incoherent theological ramifications and contradicts the Qur’an’s own emphasis that these accounts are literally true narratives (3:62). Developing an epistemologically sound foundation upon which both scriptural and scientific truths work in concert is a far more fruitful endeavor.