Islamophobia: How to Deal with It as a Muslim 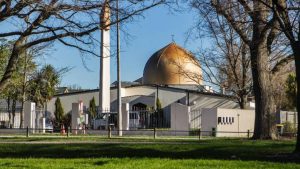 Muslims condemn all acts of violence.

No doubt that the current incidents taking place in the world and are closely related to Islamic issues have left a quite negative impact upon Muslims and non-Muslims equally.

The bombings here and there in Egypt, France, Tunisia, etc. have been linked to the Islamic perspectives of Jihad and holy war causing hostile impressions against Muslims.

As a Muslim, questions like: how to react to these actions? What are the proper attitudes towards non-Muslims? What is about the ensuing harassment towards Muslims, men and women, in reaction to these incidents?

Many questions are posed about the conditions of Muslims, especially in Europe, America and similar countries with non-Muslim majorities as regards their relationships with their non-Muslim counterparts.

In this interesting lecture, Sheikh Yasir Qadhi talks about the concept of Islamophobia and how should a Muslim respond to the passive behaviors and reactions carried out by some non-Muslims against them.

He started his lecture by confirming that a Muslim should bear in mind that the troubles and molestation he or she faces due to religious reasons have been a general custom of Muslims since the outset of Islam.

Khabbab Ibn Al-Aratt (may Allah be pleased with him) reported: “We complained to the Messenger of Allah (peace be upon him) regarding the persecution inflicted upon us by the disbelievers while he was lying in the shade of the Kabah, having made a pillow of his cloak. We submitted: “Why do you not supplicate for our prevalence (over the opponents)?”. He (peace be upon him) replied, “Among those people before you, a man would be seized and held in a pit dug for him in the ground and he would be sawed into two halves from his head, and his flesh torn away from his bones with an iron comb; but, in spite of this, he would not wean away from his Faith. By Allah, Allah will bring this matter to its consummation until a rider will travel from San’a’ to Hadramout fearing none except Allah, and except the wolf for his sheep, but you are in too much of a hurry”. (Al-Bukhari)

Enjoy watching this video by Sheikh Yasir Qadhi to recognize the proper reaction to take as a Muslim in response of the harassment and troubles ensuing from the latest violent actions against non-Muslims in countries like France, Russia, etc.