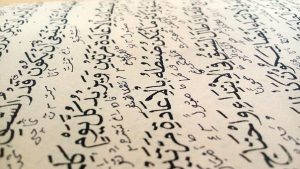 The Arabic text of the Qur’an is immutable and enduring till the end of time.

This is the fifth and the last part of the series (Jewish-Muslim Relations: The Qur’anic View). The author explains whether the Qur’an abrogates the Scriptures and teachings of the Religions of the Book – Judaism and Christianity. Click to read Part 1, Part 2, Part 3, and Part 4.

Abrogation of the Torah, the Gospels, and Qur’anic Verses

There are three incontrovertible axioms that demarcate Muslims’ understanding of the Qur’an. First, the Qur’an is a complete book. Second, the Qur’an is deemed to be free of inconsistencies. Third, no part of the Qur’an can be changed or abrogated by any human being.

For Muslims, the Arabic text of the Qur’an is immutable and enduring till the end of time. Further, the Qur’an exists purely only in its original Arabic format. Translations necessarily involve human interpretation, and are viewed as intrinsic alterations of the original meaning.

Nevertheless, employing a device known as abrogation, proponents of anti-Semitic interpretations of the Qur’an assert that Islam’s Holy Book supersedes the Torah and the Gospels. They also maintain that verses in the Qur’an which refute or contradict their propositions have been abrogated – superseded and therefore nullified – by subsequent verses. The abrogation formula references the time sequence in which the verses in question were recorded, giving preference to verses recorded most recently.

First, let us dispel the claim that the Qur’an abrogates the Scriptures and teachings of the Religions of the Book – Judaism and Christianity.

Nothing of our revelation (even a single verse) do We abrogate or cause be forgotten, but we bring (in place) one better or the like thereof. Know you not that Allah is Able to do all things? (Al-Bqarah 2:106)

As noted above, the Qur’an affirms that all revealed Scriptures are derived from the Umm al-Kitab, or “Mother of Books” which is concealed in heaven.

Accordingly, the Torah, the Gospels, and the Qur’an constitute a sequential narrative of Prophetic revelations, wherein the Qur’an is the “confirmation” (Yusuf 12:111 of previous scriptures, and Prophet Muhammad  being the “Seal of the Prophets.” (Al-Ahzab 33:40)

And before this was The Book of Moses [the Torah] as a guide and a mercy: And this book,[the Qur’an] confirms [it] in the Arabic tongue; to admonish the unjust, and as glad tidings to those who do right. (Al-Ahqaf 46:12)

Indeed in their [the Prophets] stories, there is a lesson for men of understanding. It [the Qur’an] is not a narration invented but a confirmation of Allah’s existing Books [the Tawrat (Torah), the Injeel (Gospel) and other Scriptures of Allah] and a detailed explanation of everything and a guide and a Mercy for the people who believe. (Yusuf 12:111)

Nowhere in the Qur’an is the claim made that the sacred writings of the Religions of the Book have been annulled or superseded; only that the Qur’an completes and confirms them.

The Qur’an’s profound respect and reverence for the Hebrew and Christian sacred Scriptures is incontrovertible. The error of the abrogation hypothesis is unequivocal.

Nevertheless, the abrogation stratagem is alleged by its proponents to be a scholarly hypothesis. In practice, however, abrogation is a convention employed by some Muslims and Islamic scholars to rationalize the meaning of Qur’anic verses that relate to the same topic, but which appear to be in contradiction.

The presumption that those verses in the Qur’an recorded most recently take precedence over those transcribed earlier precludes comprehensive examination of the verses’ actual meaning within their historical and metaphysical contexts. Rather than applying scholarly rigor to gain a fuller and more accurate understanding of the verses in question, the abrogation formula has been used routinely to support particular viewpoints, political agendas, and various cultural practices.

In view of the fact that Muslims view the Qur’an as sacred Scripture from Heaven, the practice of abrogation is a critical issue for believers to the extent that it effects their understanding and interpretation of Islam’s primary source, as well as their daily practice of Islam.

This is why the Qur’an expressly rejects this practice:

Verily, We have sent down this Exhortation, And most surely We will be its Guardian. (Al-Hijr 15:9)

This day have I perfected your religion for you and completed My favor upon you and have chosen for you Islam as religion…. (Al-Ma’idah 5:3)

With specific statements in the Qur’an declaring that God has “perfected your religion”, and that “We will be its [the Qur’an] Guardian“, the practice of abrogation defies both faith and reason. Abrogation of any part of the Qur’an is unnecessary, if not irrelevant, given the fact that the Qur’an testifies to its own purity and integrity.

Nevertheless, practitioners of abrogation cite four verses from the Qur’an to support their hypothesis:

Whatever Sign We abrogate or cause to be forgotten, We bring one better than that or the like thereof. Dost thou not know that Allah has the power to do all that He wills? (Al-Baqarah 2:106)

The meaning of this particular verse should be self-evident. The statement, “Whatever Sign We abrogate…”, was made by the Divine Source of the Qur’an.  No human can choose to abrogate that which is revealed in the Qur’an.

And when We bring one Sign in place of another — and Allah knows best what He reveals — they say ‘You art bue a fabricator.’ Nay, but most of them know not. (An-Nahl 16:101)

And if We pleased, We could certainly take away that which We have revealed to thee and then thou wouldst find in the matter no guardian for thee against Us. (Al-Isra’ 17:86)8

These verses, cited by proponents of abrogation, do not identify which Qur’anic verses have been abrogated and which are to be retained, nor do they provide a procedure or authority to validate the abrogation hypothesis.

In 1953, widespread disturbances between Muslim religious extremists and moderates broke out in Pakistan’s Punjab province. The Punjab Disturbances Court of Inquiry was set up to hold a public inquiry into the riots, chaired by Muhammad Munir, Chief Justice of Pakistan’s Supreme Court. (Muhammad Munir was a highly respected statesman and jurist in Pakistan. He is also the author of a provocative book, From Jinnah to Zia, which argued that the founder of Pakistan, Muhammad Ali Jinnah, stood for a tolerant and secular state.)

Since abrogation was at the core of the disturbances, it is instructive to review comments from the Munir Commission report regarding abrogation. In the case referenced below, extremist Islamists endeavored to justify the killing of so-called non-believers by citing abrogated verses in the Qur’an.

“…The generally accepted view is that the fifth verse of Surat At-Tawbah 9:5 abrogated the earlier verses revealed in Mecca which permitted the killing of kuffar (persons who reject God) only in self-defense. As against this, the Ahmadis believe that no verse in the Qur’an was abrogated by another verse and that both sets of verses, namely the Meccan verses and the relative verses in Surat At-Tawbah, have different scopes and can stand together….

“The…result of this doctrine [abrogation], it is pointed out, cuts at the very root of the claim that laws of Islam are immutable and inflexible, because if changed circumstances made a new revelation necessary, any change in the circumstances subsequent to the completion of the revelation would make most of the (Qur’anic) revelation otiose or obsolete.” (Munir Commission Report, pp. 223-4)

The Munir Commission’s report, which argued for the rights of non-Muslims in an Islamic state, highlighted the unintended consequences of ill-informed and divisive interpretations of the Qur’an that can result from the application of the abrogation device.

In summary, the practice of abrogation constitutes misunderstanding and/or mistranslation of the Qur’an, and amounts to little more than conjecture. In fact, as absurd as it may seem, it is not inconceivable that virtually any verse in the Qur’an could be abrogated given the faulty logic of the abrogation hypothesis. 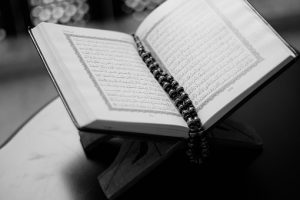 Islam has given the greatest respect that can be given to another religion.

The Revelation of the Qur’an to Muhammad (peace be upon him) took place in varying contexts over a period of twenty-three years. Literalist readings that extract text out of context to justify anti-Semitic interpretations of the Qur’an contradict the inclusive global message of Islam and the model of behavior set by the Prophet of Islam.

This fact must be taken into account when examining anti-Semitic rhetoric growing out of the socio-political conflicts and violence occurring in west Asia, Africa, and the Middle East dating from the colonial period to the present, and particularly with regard to the intractable Israeli-Palestinian hostilities.

Of considerable importance concerning issues involving Jewish-Muslim relations is the fact that there are no authoritative bodies that represent a plurality of either Jews or Muslims.

Neither of these Religions of the Book have institutional hierarchies who possess doctrinal authority over their respective communities of believers. Perceptions and relations between Muslims and Jews are influenced mostly by the shapers of public opinion, whomever and wherever they are.

We believe in God, and in that which has been revealed to us, which is that which was revealed to Abraham and Ishmael and Jacob and the tribes [of Israel], as well as that which the Lord revealed to Moses and to Jesus and to all the other Prophets. We make no distinction between any of them; we submit ourselves to God. (Aal `Imran 3:84)

Islam declares that the God of the Religions of the Book – Judaism, Christianity, and Islam – is one and the same. Muslims believe that God sent the Jewish people scriptures containing revealed teachings through their prophets. As such, the Jewish people have the true religion. The Qur’an declares that Muslims are spiritual companions of the People of the Book in the fulfillment of Allah’s purpose. To deny this is to contradict the Qur’an.

Nevertheless, differences and conflicts are inevitable and will persist between Muslims, Christians, and Jews. However, within the frame of revealed Scripture, historical context and culture, People of the Book are uniquely positioned to see the human and spiritual dimensions of the Other, if they choose to do so.

The supreme message brought by all of the Prophets (peace be upon him) is the doctrine of Tawhid, also known as the Doctrine of Unity:

Say O People of the Book! Let us now come together under a fair principle common to all of us –that we worship none but God, that we associate nothing with Him, and that we take not one another as lords beside God. (Aal `Imran 3:64)

Nay, to Him belongs all that is in the heavens and the earth; all obey His will. (Al-Baqarah 2:116)

The Qur’anic doctrine of Tawhid as a world outlook implies the unity, coherence, and harmony between all parts of the universe. Everything in creation is related to the same source – Allah, and are parts of a single whole. Tawhid also implies submission– Islam – of all beings to Divine will, and the laws governing the world.

The Doctrine of Unity is at the heart of the Religions of the Book – Judaism, Christianity, and Islam. It is the common bond that unites all People of the Book,  and serves as the starting point for interfaith dialogue. To the extent that Believers acknowledge this Truth, no differences and no disagreements are insurmountable and beyond resolution.

Today, the prayers of all people of faith are for world peace. The doctrine of Tawhid, revealed to Prophet Muhammad more than 1,400 years ago, may well be the answer to this universal prayer.

This series of articles is published with kind permission from the author.