Laylat al-Qadr: A Most Distinguished Night 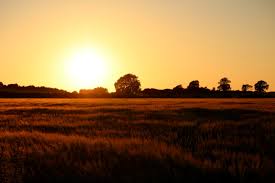 Islam is not mere formalities. Hence, the Prophet specifies that the consecration of that night must be motivated by faith and devotion.

This Surah speaks about the promised great night which the whole universe marks with joy and prayer. It is the night of perfect communion between this world and the Supreme society. That night marked the beginning of the revelation of the Qur’an to Muhammad (peace and blessings be upon him) an event unparalleled in the history of mankind for its splendor and the significance it has for the life of mankind as a whole. Its greatness is far beyond human perception.

The Qur’anic statements which relate this great event radiate with Allah’s clear and shining light: “From on high We bestowed it on the Night of Power.” (Al-Qadr 97: 1) There is also the light of the angels and the Spirit moving between the earth and the Supreme society.

“On that night the angels and the Spirit by their Lord’s leave descend with all His decrees.” (Al-Qadr 97: 4)

In addition, there is also the light of dawn which the Surah represents as perfectly harmonious with the light of the Qur’an and the angels as well as with their spirit of peace:

The night in question here is the same night referred to in Surat Ad-Dukhan:

“From on high We bestowed it [i.e. the Qur’an] on a blessed night, for We would warn [mankind]; on a night when every precept was made plain as a commandment from Us. We have ever sent forth messengers as a blessing from your Lord. It is He alone who hears all and knows all.” (Ad-Dukhan 44: 3-6)

It is clearly established that it is a night during the month of Ramadan, as stated in Surat Al-Baqarah:

“It was in the month of Ramadan that the Qur’an was revealed: a guidance for mankind and a self-evident proof of that guidance and a standard to distinguish right from wrong.” (Al-Baqarah 2: 185)

This means that the Night of Power marked the beginning of the revelation of the Qur’an to the Prophet and his mission of delivering it to mankind.

Ibn Ishaq related that the first revelation, consisting of the opening of Surat Al-`Alaq took place during the month of Ramadan, when Allah’s Messenger was at his devotion in the Cave of Hira’.

A number of hadiths specifying this night have come down to us: some stress that it is on 27 Ramadan, others on 21; a few others say it is one of the last ten days and still some others do not go beyond saying that it is in Ramadan.

Its name, Laylat al-Qadr, or the Night of Power, may be taken to mean deliberate planning, management and organization, or it may mean value, position and rank. Both meanings are relevant to the great, universal event of the revelation of the Qur’an and the assigning of the message to the Prophet. It is indeed the greatest and most significant event the universe has ever witnessed. It is the event which explains most clearly how human life benefits by Allah’s planning, management and organization.

This night is better than a thousand months. The figure here and elsewhere in the Qur’an does not signify a precise number. It simply denotes something very high. Many thousands of months and many thousands of years have passed without leaving behind a fraction of the changes and results brought about during that blessed and happy night.

This night is too sublime for proper human perception

There is no reason to attach any value to the legends circulated concerning this night. It is great because Allah chose it for the revelation of the Qur’an, so that its light may spread throughout the universe, and divine peace may spread in human life and conscience.

That night is great because of what the Qur’an includes: an ideology, a basis for values and standards and a comprehensive code of moral and social behavior, all of which promote peace within the human soul and in the world at large.

It is great because of the descent of the angels, and Gabriel in particular, by their Lord’s leave, carrying the Qur’an. They fill all the space between heaven and earth in such a splendid, universal celebration, vividly portrayed in this Surah.

When we look today in retrospect, after the lapse of numerous generations, at that glorious and happy night, imagine the fascinating celebration the world then witnessed, and ponder over the essence of revelation and its far-reaching effects on human life and values, we appreciate how great this event was. We can then understand, to some extent, why the Qur’anic reference to that night is made in such an equivocal way:

Humanity, out of ignorance and to its misfortune, may overlook the value and importance of the Night of Power. When humanity does so ignore it, it loses the happiest and most beautiful sign of grace which Allah bestowed on it. It also suffers the loss of the real happiness and peace gifted to it by Islam, namely, the peace of conscience, family and society. What it has otherwise gained of material civilization is inadequate compensation for its loss.

Humanity is miserable in spite of higher production levels and better means of existence. The splendid light which once illuminated its soul has been put out; the happiness which carried it high up to the Supreme society has been destroyed; the peace which overflowed in people’s hearts and minds has disappeared. Nothing can compensate for the happiness of the human soul, the heavenly light and elevation to the loftiest ranks.

We, the believers in Islam, are commanded not to forget or neglect this event. The Prophet has taught us an easy and enjoyable way to commemorate it, so that our souls may always be in close communion with it and with the universal event which it witnessed. He has urged us to spend this night of each year in devotion. He said:

Islam is not mere formalities. Hence, the Prophet specifies that the consecration of that night must be motivated by faith and devotion. This would make its consecration by any individual an indication of his or her full awareness of the far reaching effects of what took place on that night.

The Islamic method of education and character building links worship with faith and establishes truth in our hearts and consciences. By this method, worship is considered a means for maintaining full awareness of this truth, its clarification and firm establishment in our minds, hearts and souls.

This method has been proved to be the best for the revival of this truth so that it has an unfailing influence on people’s behavior. The theoretical understanding of this truth cannot, on its own and without worship, establish it or give it the necessary impetus for its operation in the life of the individual or society. This link between the anniversary of the Night of Power and its consecration in faith and devotion is a part of the successful and straightforward method of Islam.

Taken with slight modifications from the Book: In the Shade of the Qur’an.

Sayyid Qutb (1906-1966) was a prominent and influential Muslim intellectual and writer. He wrote many books about Islam and its distinctive features as a comprehensive way of life. Among his most important works is his exegesis of the Qur’an In the Shade of the Qur’an, which was widely welcomed among Muslims and established itself as one of the best references in Qur’an exegesis.