Manifestations of Kindness to Parents 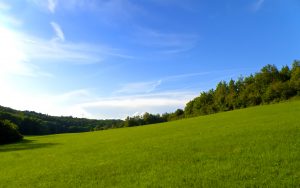 He should maintain their reputation and safeguard their honor.

“And your Lord has decreed that you worship none but Him. And that you be dutiful to your parents. If one of them or both of them attain old age in your life, say not to them a word of disrespect, nor shout at them but address them in terms of honour. And lower unto them the wing of submission and humility through mercy, and say: ‘My Lord! Bestow on them Your Mercy as they did bring me up when I was young’”. (Al-Isra’ 23-24)

These Qur’anic ayahs (verses), along with many others, show how Islam treats parents and how it enjoins Muslims to be kind to them in all circumstances except for when they or one of them is calling you to worship other than Allah the Almighty, The Creator of all.

Being kind to one’s parents can be manifested in so many ways; foremost among which are what follows:

Finally, one should be kind to his parents be them alive or dead and should not try to disobey them at all nor to give preference to anyone else over them be it one’s wife or children.