Manners of the Victorious Ones 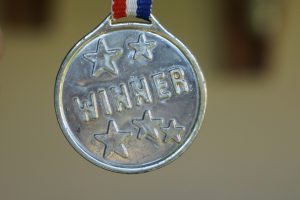 Manners of the Victorious Ones

Surah An-Nasr is a Madinan Surah which, according to Imam An-Nasa’i, was the last Surah of the Qur’an as far as revelation is concerned.

Despite its conciseness, the surah carries significant lessons simultaneously with news about Islam’s future at the time of its revelation.

This is coupled with a sign whose emergence would reveal a massively significant event that would affect almost everyone.

Below is an explanation of the above cues and/or references.

Imam Ibn Kathir and the majority of scholars of Tafsir stress that this surah informs of the completion of the life of Allah’s Messenger (peace be upon him).

This was reported by Ibn `Abbas, who, when asked about it, said,

“It was the end of the life of Allah’s Messenger that Allah was informing him of.” (Al-Bukhari).

“`A’ishah said that Allah’s Messenger used to repeat very frequently, towards the end of his life:

‘All glorification and praises are due to Allah. I seek His forgiveness; and I repent of my sins.’

‘My Lord told me I would see a sign in my community. He ordered me to glorify and praise Him, the Forgiving, and ask His pardon when I see this sign. Indeed, I have.’

and you ˹O Prophet˺ see the people embracing Allah’s Way in crowds,

then glorify the praises of your Lord and seek His forgiveness, for certainly He is ever Accepting of Repentance.}” (Related also by Muslim with a different chain of transmission)

As is evident in the above hadith, this Surah bears glad tidings that the faith of Islam would be victorious.

The majority of scholars said that the victory mentioned in the surah is the liberation (fat-h) of Makkah. Many Arab tribes waited and did not declare their adoption of Islam until the fat-h of Makkah. They used to say:

“If Muhammad were to prevail over his people, he would indeed be a prophet.”

Consequently, when Allah gave him victory over the Makkans, they collectively embraced Islam. In two years’ time, the whole of Arabia submitted their will to Allah the Almighty.

Hence, An-Nasr delivered the glad tidings that something big would happen and showed the Prophet (peace be upon him).

It also alluded to the completion of the mission of the Prophet (peace be upon him) on earth and that he would soon pass away. This is what was meant by Ibn `Abbas’s saying in the above hadith narrated by Al-Bukhari.

Surah An-Nasr directs the Prophet (peace be upon him) to take a particular course of action upon seeing all these signs.

This course of action is nothing but singing the glory of his Lord, praising Him, and seeking His forgiveness.

Victory is from Allah

Allah says, “When Allah’s help and victory comes…,” denoting that the victory and the help are Allah’s. They come whenever He wants, in the form He decides, and for the purpose He intends.

Neither the Prophet (peace and blessings be upon him) nor the believers has anything to do with that victory save the fact that Allah the Almighty honoured them through appointments as guardians thereof.

He, Glory be His, had it done at their hands and rewarded them for it.

In this way, the Prophet (peace be upon him) and the believers are honoured by Allah the Almighty as their role was instrumental in this victory.

That is why they should glorify and praise Him, and ask Him for forgiveness when they are granted victory.

They should glorify and praise Him as He appointed them as guardians of His faith. Besides, they should seek His forgiveness for any feeling of boasting following being granted victory, or any feeling of despair resulting from a conceived delay of victory, or shortcoming in praising Him or seeking His help during their long struggle.

Seeking forgiveness at a moment of victory gives one a feeling of weakness and imperfection. So, one begs the Lord to grant him forgiveness.

Furthermore, this guarantees that no tyranny would afflict the defeated ones as it was Allah the Almighty who made one victorious over them by His Absolute Will and Might.

Indeed, the Prophet (peace be upon him) learned this lesson very well, that is why he entered Makkah on the day of victory on the back of his camel with his head bowed low.

He forgot all his people’s enmity and engaged himself in praising his Lord, glorifying Him, and asking for His forgiveness in complete submission to Him.

Consequently, when Allah the Almighty grants you victory in a certain situation, reveals the truth of a specific issue, re-establishes your dignity and respect before those who insulted, or stripped you of anything, or jammed you up, if any of these took place, you should praise, glorify and seek forgiveness from your Lord.

You should also seek forgiveness for any shortcoming, or thought that might have come across your heart, even for a moment.

As everything belongs to Allah the Almighty, Who drives all creation wherever He wants and for the end He wants, Glory be His.