Mi`raj: Reviving the Spirit of Hope 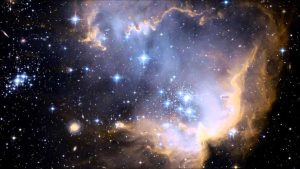 Mi`raj: Reviving the Spirit of Hope

The Israa’ and Mi`raj is a momentous occasion that occurred at a very crucial stage in the life of the Prophet Muhammad (pbuh). This uplifting (mi’raj = ascend) experience took place in the year the Prophet lost two of his valuable pillars of support; his uncle Abu Talib (whose political authority and care for the Prophet prevented the Makkans from harming the Prophet) and Khadijah (Prophet’s beloved wife, confidante, partner and financier of the nascent Islamic movement). It was after the Mi`raj that the Prophet had to leave Makkah, yet that departure marked a turning point for the nascent Muslim community and changed the course of history. There are many practical and spiritual lessons we derive from the Mi`raj; but we focus here primarily on the attitude of hope that it inspires through the life-lessons from the example of the Prophet (pbuh).

Ideal Attitude towards the Future

Hope is … anticipation, belief, confidence, aspiration, expectancy, optimism. Hope is the motivational desire that you keep inside of you while waiting for the results or outcome of an event. It is the thoughts that you keep in your mind that anticipate an outcome (positive, good, pleasant, rewarding, relieving, happy outcome) that you want. Hope is obtained with optimism, looking for solutions where others see only problems. Hope is our desire to excel and to achieve, despite the odds.

The entire life of the Prophet Muhammad (pbuh) is a living example of the quality of hope in action – he patiently persevered, despite insurmountable odds and hardships, in the face of enemies numerically larger and stronger, yet despite all of this, he never gave up hope of establishing the Religion of Islam; and never failed to inspire those around him.

FIRST INVITATION: When Allah instructed the Prophet [Q 26:214] to invite his relatives to Islam, no one believed except a young 11 year-old boy named ‘Ali. He was mocked for having only a little boy supporting him. Yet, history documents the greatness of both the Prophet’s success and the little boy’s unwavering dedication.

Not to despair in self

Abu Talib, the uncle of the Prophet, was sent by the Quraysh to negotiate with the Prophet in an attempt to have his influence minimized and the Prophet had the positive attitude and confidence to say; O my uncle! Even if they put the sun in my right hand and the moon in my left hand, I will not deviate from my mission; either I succeed in my task or I perish in the process. This, at a time when the nascent Muslim community were few in number and about to be under political and economic siege.

Not to despair in the situation

KHANDAQ: Surrounded by a confederation of armies, under siege, The Prophet participates with his companions in digging a trench around the city of Madinah; he hits the rock with his pick and sparks fly. Salman al-Farsi (who gave the idea of the Trench) asks … O Prophet! What is the bright sparks I saw the three times you struck the rock with the pick? The Prophet replied: As for the first strike, I saw in the spark the palaces of Shaam, which Allah opened to us. As for the second, I saw the palaces of Persia and it’s bright cities, which Allah opened to us, As for the third; Allah presented us with the keys of Yemen and saw the doors of San’aa.

He was saying this to a group of people who were surrounded by enemies, not sure whether they would live to see the next day; yet he inspired them with his confidence and hopeful attitude with hope of a glorious future, a glory that his people eventually realized.

HIJRAH: The Prophet was avoiding the Quraysh trackers who were bent on killing him, and he and his companion (Abu Bakr) hid in a cave on Mount Thawr outside Makkah. His friend was fearful and the Prophet motivated him by saying (as the Qur’an documents 9:40) do not be aggrieved, Allah is with us.

Not to despair in the person

Prophet Muhammad’s attitude towards a severely handicapped companion, Julaybib, reflects a practical way he raised other people above their hopelessness. Julaybib was described as very short in stature, deformed in the face; in other words, he was severely challenged, physically speaking. He had the unfortunate distinction of being both socially and physically handicapped. The Prophet always paid special attention to Julaybib, and since he was use to being marginalized and did not always express himself too well. Julaybib once asked the Prophet.

Am I worthless, O Prophet of Allah? The Prophet responded; You are not worthless in the estimation of Allah.

Julaybib was so frustrated by being ostracized that he once mentioned that he wanted to ask the Prophet permission to fornicate. Those who were present reacted in different ways. Some scoffed at the young man, others pulled him by the skirt of his robe, and still, others made as if to strike him. But the compassionate Prophet, upon him, be peace and blessings, drew him nearer to himself, and reasoned with him (would you like it for your mother/sister…) till Julaybib forsook his wrongful desire and The Prophet (pbuh) concluded the ‘spiritual operation’ with a supplication.

He put his hand on the chest of the young man and prayed: O God, forgive him, purify his heart and maintain his chastity!

After one of the military expeditions, there was a severe armed retaliation against the Muslims and some Muslims were killed. The Prophet inquired about those who were killed and asked: Have you lost anyone? After most people were accounted for, the Prophet said; but I have lost Julaybib! Julaybib was martyred. The Prophet was personally involved in digging Julaybib’s grave, picked him up and carried him in his arms and descending with his body into the grave, with his eyes tearing profusely, saying to this person who had no last name, no relatives, no apparent status, no connections, no real name … You are from me and I am from you.

Not to despair in the community

TAIF was the First town outside Makkah where the Prophet went to preach Islam, he was stoned and insulted; and while wiping off blood from his body the angel asks the Prophet, to pray that Allah may turn the hills upon these people, The Prophet replied: Perhaps Allah will someday turn them towards saying LA ILAHA ILLA ALLAH.

Taif was the first town outside Makkah that the Prophet went to preach Islam and Taif was the last to accept Islam in his lifetime.

TUFAYL was a well-known poet, member of the well-respected tribe of Daws, he was the chief of that tribe. He embraced Islam and went to convey the message of Islam. Not only did his tribe of Daws not accept Islam, but they also increased their indulgence in impropriety.

Tufayl came to the Prophet and lodged the complaint… The people of Daws are overcome by their indulgence in licentiousness and usury; Invoke Allah to destroy them. Tufayl was amazed when he heard what the Prophet say as he lifted his hand skyward to pray… O, Allah! Help the people of Daws and guide them to Islam. The Prophet advised Tufayl, …Return to your people, invite them to the truth and be nice to them.

Tufayl did exactly as the Prophet instructed. Two years before the passing of the Prophet; (after the Battle of Khaybar) the Prophet was in Madinah and Tufayl brought with him 80 families of the Daws Tribe; men women and children …all had embraced Islam. The Prophet had prayed for corrupt people and they eventually came to the right path. When he prayed for the people of Daws at the time of Tufayl’s complaint, he did not see them merely as bad as they were, he saw the potential of how good they could be.

It was the Prophet’s single-minded devotion, his focus on hope and his trust in Allah that brought success to his mission. It was his positive attitude, his inspirational approach and his merciful character that raised people to live according to their highest light.

Be positive even if others are not

PRAYER of JESUS: Prophet ‘Isa /Jesus (pbuh) was responding with loving words to a group of people who were abusive in speech towards him. An observer inquired as to why he was responding to hate with love. Jesus (pbuh) replied: “They give what they have in their heart and I give what I have.” The lesson we learn from this is never to let even the negativity of others prevent the possibility of something positive from ourselves.

Stop being stuck at judging people on where they are in life, but rather help them to be the best they could be. The Caliph Abu Bakr said, Four are the signs of goodness: rejoicing at a person’s repentance, praying for the guidance of one who has turned his back to the right path, seeking forgiveness for the sinner and helping the doer of good. This implies, be happy that people have turned to the right path, (try to guide and) pray for those who are misguided, seek forgiveness (while advising) those who are on the wrong track, and aid (morally, financially and physically) those who are involved in beneficial acts.

In a world so highly critical of everyone, at a time when cynicism abounds us, we need (more than ever) to give ourselves the benefit of hope and give other people the benefit of the doubt. Instead of looking down upon (ourselves and) others and burying people in hopelessness, inspire them to look up to Allah and elevate themselves.

May the commemoration of the Israa’ and Mi’raj inspire us with the spirit of trust in Allah and revive in us the attitude of hope.