Muslim Civilization is the Source of European Renaissance 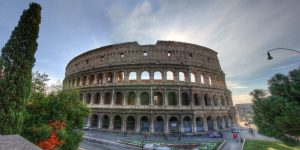 “I have to deplore the systematic manner in which the literature of Europe has continued to put out of sight our obligations to the Muhammadans [British term for Muslims]. Surely they cannot be much longer hidden. Injustice founded on religious rancor and national conceit cannot be perpetuated forever. The Arab has left his intellectual impress on Europe. He has indelibly written it on the heavens as anyone may see who reads the names of the stars on a common celestial globe.”

Robert Briffault states in his magnum opus, Making of Humanity:

“It was under the influence of the Arabs and Moorish revival of culture and not in the 15th century, that a real renaissance took place. Spain, not Italy, was the cradle of the rebirth of Europe. After steadily sinking lower and lower into barbarism, it had reached the darkest depths of ignorance and degradation when cities of the Saracenic world, Baghdad, Cairo, Cordova, and Toledo, were growing centers of civilization and intellectual activity. It was there that a new life arose which was to grow into a new phase of human evolution. The stirring of new life began when the influence of Muslim culture began to make itself felt.”

“It was under their successors at Oxford School (that is, successors to the Muslims of Spain) that Roger Bacon learned Arabic and Arabic Sciences. Neither Roger Bacon nor his later namesake has any title to be credited with having introduced the experimental method. Roger Bacon was no more than one of the apostles of Muslim Science and Method to Christian Europe, and he never wearied of declaring that knowledge of Arabic and Arabic Sciences was for his contemporaries the only way to true knowledge. Discussion as to who was the originator of the experimental method… is part of the colossal misinterpretation of the origins of European civilization. The experimental method of Arabs was by Bacon’s time widespread and eagerly cultivated throughout Europe.”

“Science is the most momentous contribution of Arab civilization to the modern world, but its fruits were slow in ripening. Not until long after Moorish culture had sunk back into darkness, did the giant, which it had given birth to, rise in his might. It was not science only, which brought Europe back to life. Other and manifold influences from the civilization of Islam communicated its first glow to European life.”

“For although there is not a single aspect of European growth in which the decisive influence of Islamic Culture is not traceable, nowhere is it so clear and momentous as in the genesis of that power which constitutes the permanent distinctive force of the modern world, and the supreme source of its victory, natural science and the scientific spirit.”

“The debt of our science to that of the Arabs does not consist in startling discoveries or revolutionary theories; science owes a great deal more to Arab culture, it owes its existence. The Astronomy and Mathematics of the Greeks were a foreign importation never thoroughly acclimatized in Greek culture. The Greeks systematized, generalized and theorized, but the patient ways of investigation, the accumulation of positive knowledge, the minute method of science, detailed and prolonged observation and experimental inquiry were altogether alien to the Greek temperament. Only in Hellenistic Alexandria was any approach to scientific work conducted in the ancient classical world. What we call science arose in Europe as a result of a new spirit of inquiry, of new methods of experiment, observation, measurement, of the development of mathematics, in a form unknown to the Greeks. That spirit and those methods were introduced into the European world by the Arabs.”

“It is highly probable that, but for the Arabs, modern European civilization  would never have arisen at all; it is absolutely certain that but for them, it would not have assumed that character which has enabled it to transcend all previous phases of evolution.”