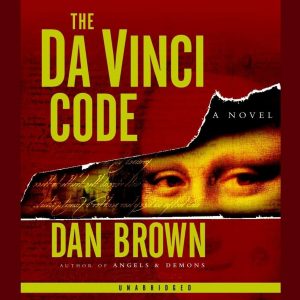 Islam claims to “break the code” so to speak, over 1,400 years ago. The answer, according to Muslim scholars has been in the Qur’an for over fourteen hundred years.

The Da Vinci Code controversy – It’s everywhere! Dan Brown’s book claims Jesus is not divine or God, and the gospels as we know them, have been changed, and after Jesus’ stay here on earth, men raised his status to the level of God. Could any of this be true?

Ancient secrets of the Church, hidden for centuries have actually been revealed and published in books prior to the fictional writings of Brown in the “Da Vinci Code”. Baigent and Leigh have produced other books from researcher’s point of view over the last two decades, including “Dead Sea Scrolls Deception”, “Holy Blood, Holy Grail”, and “Messianic Legacy.” These books were the talk of the religious communities when they came out in the early 90’s, and certainly, they have fueled an ongoing interest into just exactly who was this man Jesus, what was his message and what happened to him?

Islam claims to “break the code” so to speak, over 1,400 years ago. The answer, according to Muslim scholars has been in the Qur’an for over fourteen hundred years.

Some may be surprised to learn, Muslims believe in the miracle birth and other miracles associated with Jesus. They actually consider him as the “Messiah” and they even say, “peace be upon him” when mentioning his name. However, they are quick to negate any connection between God and Jesus as a partnership or God-head, and they rule out the notion of God having any son (or daughter for that matter).

Here is how Muslim scholars present their understanding and “break the code”:

How Muslim scholars “broke the code”

Creation itself tells us there is a creator and from the beginning of time – Allah, (the One God in Arabic) alone is to be worshiped. This is clear teaching throughout the Old Testament (Torah), the scriptures that Jesus himself affirmed as a revelation of God. God is one not one of three; for example: ‘He is God; there is no other besides Him’. (Deuteronomy 4:35). The same is mentioned in the book of Mark in the New Testament, chapter 12, verse 29, when Jesus, peace be upon him, had been asked about the Greatest Commandment he replied,

“To know, O Israel, the Lord your God is One Lord; and you have to love Him with all your heart and all your mind and all your strength.”

According to the oldest and most authentic copies of manuscripts and scrolls available throughout the centuries, Jesus, peace be upon him, never claimed to be God or the creator, or the One to pray to, nor did he tell his followers to revere him as God. These notions appear on the lips of others who came along decades and even centuries later.

While Jesus was on earth he did not claim to be the creator or ask us to revere him as God. His miraculous birth is a sign of his prophethood:

Like all the great and noble prophets of God such as Adam, Abraham, Moses, Isaac, and David, Jesus came with one message: Worship, love, obey and submit to the one true God, the creator of everything and do not worship anything besides Him.

Islam is different. Islam is a word derived from the verb aslama, and it carries the meaning of “surrender”, “submission”, “obedience”, “sincerity” and “peace” between one and Almighty God and not to any human or anything within creation. Anyone who practices Islam submits to and worships Allah, alone without any partners of any kind.

“There is only One God then have reverence for Me and fear Me (and Me alone). To Him belongs whatever is in the heavens and on earth, and to Him is duty due always: then will ye fear other than God?” (Al-Nahl 16:51-52)

Isn’t it time you join Jesus, the son of Mary, along with all of the other Prophets of God and practice the “Submission to the Will of God” (Islam)?

Or simply put: “Worship the Creator – and not His Creations!”