Muslim Scholars of Medicine and Mathematics 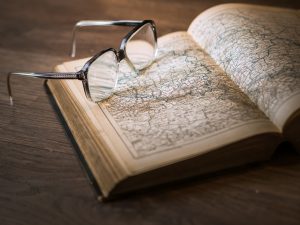 In Legacy of Islam, Arnold and Guillaume shed light on Islamic science and medicine:

“Looking back, we may say that Islamic medicine and science reflected the light of the Hellenic sun, when its day had fled; they shone like a moon, illuminating the darkest night of the European Middle Ages; some bright stars lent their own light, and moon and stars alike faded at the dawn of a new day – the Renaissance. Since they had their share in the direction and introduction of that great movement, it may reasonably be claimed that they are with us yet.”

Again, George Sarton in the Introduction to the History of Science says:

“During the reign of Caliph Al-Mamun (813-33 A.D.), the new learning reached its climax. The monarch created in Baghdad a regular school for translation. It was equipped with a library, one of the translators there was Hunayn Ibn Ishaq (809-77) a particularly gifted philosopher and physician of wide erudition, the dominating figure of this century of translators. We know from his own recently published Memoir that he translated practically the whole immense corpus of Galenic writings.”

“Besides the translation of Greek works and their extracts, the translators made manuals of which one form, that of the ‘pandects,’ is typical of the period of Arabic learning. These are recapitulations of the whole medicine, discussing the affections of the body, systematically beginning at the head and working down to the feet.”

“The Muslim ideal was, it goes without saying, not visual beauty but God in His plentitude; that is God with all his manifestations, the stars and the heavens, the earth and all nature. The Muslim ideal is thus infinite. But in dealing with the infinite as conceived by the Muslims, we cannot limit ourselves to the space alone, but must equally consider time.”

“The first mathematical step from the Greek conception of a static universe to the Islamic one of a dynamic universe was made by Al-Khwarizmi (780-850), the founder of modern Algebra. He enhanced the purely arithmetical character of numbers as finite magnitudes by demonstrating their possibilities as elements of infinite manipulations and investigations of properties and relations.”

“In Greek mathematics, the numbers could expand only by the laborious process of addition and multiplication. Khwarizmi’s algebraic symbols for numbers contain within themselves the potentialities of the infinite. So we might say that the advance from arithmetic to algebra implies a step from being to ‘becoming’ from the Greek universe to the living universe of Islam. The importance of Khwarizmi’s algebra was recognized, in the twelfth century, by the West, – when Girard of Cremona translated his theses into Latin. Until the sixteenth century this version was used in European universities as the principal mathematical textbook. But Khwarizmi’s influence reached far beyond the universities. We find it reflected in the mathematical works of Leonardo Fibinacci of Pissa, Master Jacob of Florence, and even of Leonardo da Vinci.”

“Through their medical investigations they not merely widened the horizons of medicine, but enlarged humanistic concepts generally. And once again they brought this about because of their overriding spiritual convictions. Thus it can hardly have been accidental that those researches should have led them beyond the reach of Greek masters. If it is regarded as symbolic that the most spectacular achievement of the mid-twentieth century is atomic fission and the nuclear bomb, likewise it would not seem fortuitous that the early Muslim’s medical endeavor should have led to a discovery that was quite as revolutionary though possibly more beneficent.”

“A philosophy of self-centerdness, under whatever disguise, would be both incomprehensible and reprehensible to the Muslim mind. That mind was incapable of viewing man, whether in health or sickness as isolated from God, from fellow men, and from the world around him. It was probably inevitable that the Muslims should have discovered that disease need not be born within the patient himself but may reach from outside, in other words, that they should have been the first to establish clearly the existence of contagion.”

“One of the most famous exponents of Muslim universalism and an eminent figure in Islamic learning was Ibn Sina, known in the West as Avicenna (981-1037). For a thousand years he has retained his original renown as one of the greatest thinkers and medical scholars in history. His most important medical works are the Qanun (Canon) and a treatise on Cardiac drugs. The ‘Qanun fi-l-Tibb’ is an immense encyclopedia of medicine. It contains some of the most illuminating thoughts pertaining to distinction of mediastinitis from pleurisy; contagious nature of phthisis; distribution of diseases by water and soil; careful description of skin troubles; of sexual diseases and perversions; of nervous ailments.”

“We have reason to believe that when, during the Crusades, Europe at last began to establish hospitals, they were inspired by the Arabs of the Near East… the first hospital in Paris, Les Quinze-vingt, was founded by Louis IX after his return from the Crusade 1254-1260.”

“We find in his (Jabir, Geber) writings remarkably sound views on methods of chemical research, a theory on the geologic formation of metals (the six metals differ essentially because of different proportions of sulphur and mercury in them); preparation of various substances (e.g., basic lead carbonatic, arsenic and antimony from their sulphides).”

“Ibn Haytham’s writings reveal his fine development of the experimental faculty. His tables of corresponding angles of incidence and refraction of light passing from one medium to another show how closely he had approached discovering the law of constancy of ratio of sines, later attributed to Snell. He accounted correctly for twilight as due to atmospheric refraction, estimating the sun’s depression to be 19 degrees below the horizon, at the commencement of the phenomenon in the mornings or at its termination in the evenings.”

“A great deal of geographical as well as historical and scientific knowledge is contained in the thirty volume meadows of Gold and Mines of Gems by one of the leading Muslim historians, the tenth century al Mas’udi. A more strictly geographical work is the dictionary ‘Mujam al-Buldan’ by al-Hamawi (1179-1229). This is a veritable encyclopedia that, in going far beyond the confines of geography, incorporates also a great deal of scientific lore.”

“They studied, collected and described plants that might have some utilitarian purpose, whether in agriculture or in medicine. These excellent tendencies, without equivalent in Christendom, were continued during the first half of the thirteenth century by an admirable group of four botanists. One of these Ibn al-Baitar compiled the most elaborate Arabic work on the subject (Botany), in fact the most important for the whole period extending from Dioscorides down to the sixteenth century. It was a true encyclopedia on the subject, incorporating the whole Greek and Arabic experience.”

“‘Abd al-Malik ibn Quraib al-Asmai (739-831) was a pious Arab who wrote some valuable books on human anatomy. Al-Jawaliqi who flourished in the first half of the twelfth century and ‘Abd al-Mumin who flourished in the second half of the thirteenth century in Egypt, wrote treatises on horses. The greatest zoologist amongst the Arabs was al-Damiri (1405) of Egypt whose book on animal life, ‘Hayat al-Hayawan’ has been translated into English by A.S.G. Jayakar (London 1906, 1908).”

“The weight of venerable authority, for example that of Ptolemy, seldom intimidated them. They were always eager to put a theory to tests, and they never tired of experimentation. Though motivated and permeated by the spirit of their religion, they would not allow dogma as interpreted by the orthodox to stand in the way of their scientific research.”

This approach of describing past Muslim achievements is effective in making us, Muslims, feel proud. It may even motivate a few of us to excel in science – thanks to the West. But in describing the history of Islam and science, should one stop here? Does this approach provide clues about how past Muslims systematically discovered new knowledge? How they invented so much new scientific knowledge without the modern facilities that we have today? Was this the result of their natural instincts or intellectual aptitude? Were they motivated (like most of us) by wealth, career, or fame? Why did they devote their entire lives seeking knowledge of Allah’s creations even while suffering extreme hardships? Most important of all, what was the driving force behind their constant pursuit in advancing the frontiers of new knowledge? Unless we probe these questions, we will not be able to fully appreciate the achievements of past Muslims or learn from their stories.