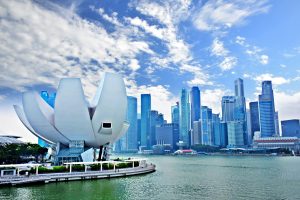 When we read the history of Muslim contribution to world civilization, it seems very recent that Muslims were on top of the world

If one looks at the general picture of the Muslim world today it is hard to find something positive on the horizon. There is political chaos and regional turmoil all over the Muslim world. Muslims seem to have lost control of their affairs. They feel frustrated and helpless. Many Muslim governments are persecuting their people – in the name of Islam. Can Muslims hope for a better future under these circumstances?

Allah has blessed Muslims with plenty of natural resources. Yet, they are dependent for most of their basic needs – not to speak of their dependence in the field of science and technology, and on knowledge, in general – on non-Muslims. Their resources are being plundered and wasted on an unprecedented scale, while the majority population suffers extreme hardship.

Muslims generally tend to blame others for their problems. Some blame their rulers. Others blame one another. There may be truth in all of this. But what is lacking from Muslim discourse is an honest and intelligent diagnosis of problems facing the Muslim Ummah.

Representing more than a billion Muslims, the Organization of Islamic Conference (OIC) – the official organ of the Muslim countries for discussing such problems – has become no more than a platform for passing resolutions upon resolutions of empty words with no teeth. No wonder it has been dubbed “Oh! I see!” Most other Islamic organizations, more or less, suffer from a similar fate.

In the present environment, Muslims mostly live individual lives (in their own little islands) while using the term Ummah in their discussions. Some seem to cooperate on issues affecting Muslim lives, but that is limited mostly to charity work. Muslims do not have a unifying plan (or, rather, are not interested) to chart out the future course of action for the Ummah. Muslims appear to behave like billions of individual atoms without any strong bonds.

Is there a silver lining in this dark cloud? Will this long, dark chapter in Muslim history ever end?

When we read the history of Muslim contribution to world civilization, it seems very recent that Muslims were on top of the world. They were pioneers and leaders in all areas of human endeavor. They invented new branches of science and mathematics. They not only laid the foundation of modern knowledge but propelled it to new heights. In particular, their contribution to the world of medicine is legendary.

So what happened? How did Muslims lose this crowning position of power in the world?  And how did they lose leadership in science, mathematics, and medicine?

The history of how this loss occurred is heart-wrenching. One way to tell this history is to describe the extraordinary achievements of past Muslims. This makes Muslims feel proud of their past glory – as, indeed, it should; we try to re-live, mentally, at least, the stages of that glory when we talk or write about the history of Islam and science. And this is what we will also do in this article – with one difference. We will not treat this as an end in itself, but with an eye to figure out how to reclaim that past glory.

We begin with a brief description of the achievements of some of the Muslim scientists, as stated, not by Muslim, but by non-Muslim scholars, to avoid any impression of a Muslim bias. The quotations below may seem extensive but they serve an important purpose to highlight the depth and breadth of the new knowledge that past Muslims created and developed, and which, according to Western historians of science, formed the backbone on which the Western renaissance in science began. This shows that Muslims may have forgotten the lesson of their own past intellectual giants in making science history, but the West has not. It continues to build its scientific superstructure for modern science on the foundations laid by our ancestors.

While reading these quotations, it would be beneficial to reflect and ponder on where we are, and whither we are going.

George Sarton pays tribute to Muslim scientists in Introduction to the History of Science: