Muslims and Non-Muslim Relations: How to Bridge the Gap?

What could Muslims and non_Muslims do to bridge the gap between each other? What could they do better to understand and interact better with each other?

A little girl was watching her mother cooking fish. She noticed that the mother cut off the fish’s head and tail before cooking it. When the girl asked the mother why she did that, the mother replied: “that’s how my mother taught me.” 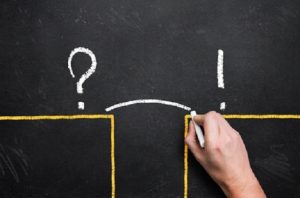 They will find that they have the same Creator, the same source of existence.

The girl was curious to know why they cut the fish’s head and tail before cooking it so she asked the grandmother as well but found the same answer.

The mother and the grandmother had never questioned the process, so they never thought about what could make their cooking better. (The story from the world’s folklore)

This story leads us to understand that if we always do something in a certain way, that doesn’t make it right. So as long as we stick to our stereotypes, and let them become widely spread among us, we will not be able to change.

…. Indeed, God will not change the condition of a people until they change what is in themselves… (Ar-Ra`d 13:11)

The Qur’an is the Last Sacred Book sent by God, but not the only book as Muslims believe in all the earlier revelations of God (the Scriptures of Abraham, the Book of David, the Torah, The Gospel, etc.).

Muslims believe that the original message in all the Sacred Books is Pure Monotheism. (Unifying God in worship).

Unlike the Divine Scriptures that preceded, the Qur’an has not been kept in the hands of any particular group or clergymen of Muslims which would lead to the misinterpretation or alteration.

On the contrary, the Qur’an has always been within the reach of Muslims who recite it in their daily prayers, and they refer to it for all their concerns.

What Muslims Could Do Better?

O mankind, indeed We have created you from male and female and made you peoples and tribes that you may know one another. Indeed, the most noble of you in the sight of God is the most righteous of you. Indeed, God is Knowing and Acquainted. (Al-Hujurat 49:13)

Muslims should not expect others to understand them until they understand others first, this means that they have to listen to others, answer their questions and stop labeling themselves as sects.

They must help others to break down the barriers of mistrust and suspicions and have more knowledge. If all of this is done, then they can get the interaction and acceptance from others which God the Almighty wants them to have.

As a result, they will find out how others are in fact very similar to them, and that they are all combined by humanity and by their similarities. They all have the same issues, aspirations, challenges and they all want the same things for themselves and for their children.

Say, ‘O People of the Scripture, come to a word that is equitable between us and you – that we will not worship except God (The Creator) and not associate anything with Him and not take one another as lords instead of God.’ But if they turn away, then say, ‘Bear witness that we are Muslims’ (submitting to Him). (Aal `Imran 3:64)

They will find that they have the same Creator, the same source of existence and that all their religious differences are about the intermediaries between the human being and His Creator, so when they all pray direct to the Creator, they will get united.

As a result, all the cultural, traditional and political barriers will be removed, then they would have peace. Muslims have to stand up and say who they are, and try to explain to the world what their values are, what they stand for, and to make the world realize that they are in the same boat, they are just likely to be victims of terrorism as non-Muslims.

In fact, when you look at the acts of terrorism that have taken place in the past few years, you will find that the majority of victims have been Muslims, so Muslims have to explain that they are in this with others together. This is how they have to define themselves.

What Non-Muslims Could Do Better?

If Non-Muslims, instead of relying on the media and judging blindly without questioning, start asking, understanding, and interacting with Muslims to know more about Islam, they will realize that they are also causing this gap.

They don’t have to bring Islam under suspicion and judge Islam based on how Muslims act, think, dress or how they look like. Not every Muslim practices Islam correctly.

Moreover, they must stop looking at the religious symbols as political issues. And they should cooperate with moderate Muslims to understand their religion and culture more and take the information from authentic sources, as the moderates are the majority of Muslims.

They have to understand that Islam is a universal religion, as the majority of Muslims are non-Arabs, so their judgment should be fair and based on the right knowledge and good understanding.