Nature of Planet Earth in the Bible and the Qur’an 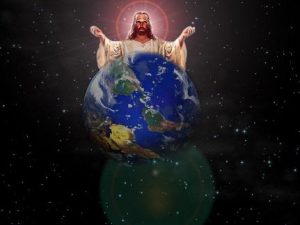 God is above the Earth according to the Bible

There are biblical verses contained in the Old Testament indicating that the Earth is spherical but in an implicit context. We read: “Don’t you know? Don’t you hear? Haven’t you been told from the start? Don’t you understand how the earth is set up? He who sits above the circle of the earth — for whom its inhabitants appear like grasshoppers — stretches out the heavens like a curtain, spreads them out like a tent to live in.” (Isaiah 40:21-22)

We also read: “When he established the heavens, I was there; when he drew a circle on the face of the deep.” (Proverbs 8:27) 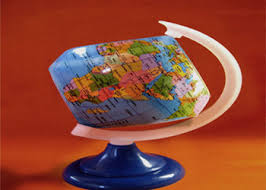 The four corners of the Earth according to the Bible

However, there are verses in the Bible indicating that the Earth has four corners, that is to say flat not spherical. For example, we read: “Son of man, this is what the Almighty LORD says to [the people in] the land of Israel: ‘The end is coming! The end is coming to the four corners of the earth!’” (Ezekiel 7:2)

Nevertheless, after the discovery of the circularity of the Earth, the Bible exegetes interpret those “corners” as the four directions, namely north, south, east and west. 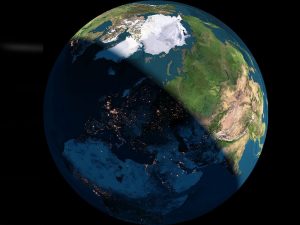 There are verses in the Qur’an indicating that the Earth is spherical. We read:

The Qur’an indicates that night is caused to succeed day and vice versa in a spherical manner round a spherical object, that is, Planet Earth.

However, there are verses in the Qur’an indicating that earth is spread out, that is to say flat. There is a big difference between “Earth” as a planet and “earth” standing for land and terrain. 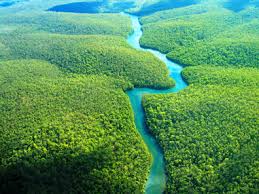 When “earth” is used, it does not signify Planet Earth. It rather refers to the flat terrain on which we walk in order to draw a distinction between flat terrain and rough, mountainous terrain.

Terrain is often described as “spread” (flat) in such contexts which remind people of God’s blessings and how God made terrain flat for man to be able to live thereon. For example, we read in the Qur’an:

And after that He spread the earth. He extracted from it its water and its pasture, and the mountains He set firmly (An-Nazi`at 79:30-32)

In the above verse, “spread” means “evened” and “leveled” as indicated by the following verse:

There are no verses in the Bible indicating that the Earth is an oblate spheroid. 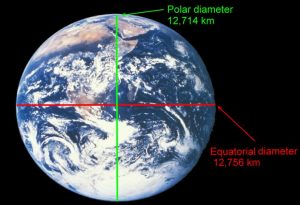 The Earth is an oblate spheroid

There are verses in the Qur’an indicating that the Earth is an oblate spheroid. For example, we read:

Have they not seen that We set upon the Earth, reducing it from its edges? And Allah decides; there is no adjuster of His decision. And He is swift in account. (Ar-Ra`d 13:41)

But, [on the contrary], We have provided good things for these [disbelievers] and their fathers until life was prolonged for them. Then do they not see that We set upon the land, reducing it from its edges? So it is they who will overcome? (Al-Anbiyaa’ 44:21) 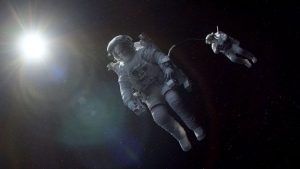 What if there is no gravity on the Earth?

The Old Testament tells us about the Earth’s stability and balance. For example, we read: “The Lord reigns; he is robed in majesty; the Lord is robed; he has put on strength as his belt. Yes, the world is established; it shall never be moved.” (Psalm 93:1)

We also read: Say among the nations, “The Lord reigns; indeed, the world is firmly and securely established, it shall not be moved; He will judge and rule the people with fairness.” (Psalm 96:10)

However, while the Bible tells us about the Earth’s stability, it also tells us that the Earth has foundations and pillars. For example, we read: “Where were you when I laid the foundation of the earth? Declare to Me, if you have and know understanding. Who determined the measures of the earth, if you know? Or who stretched the measuring line upon it? Upon what were the foundations of it fastened, or who laid its cornerstone.” (Job 38:4-6)

We also read: “He raises up the poor out of the dust and lifts up the needy from the ash heap, to make them sit with nobles and inherit the throne of glory. For the pillars of the earth are the Lord’s, and He has set the world upon them.” (1 Samuel 2:8) 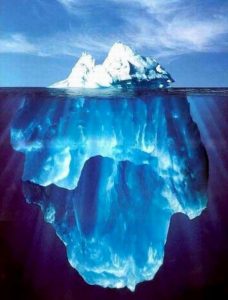 Mountain as Peg according to the Qur’an

It is Allah who made for you the Earth a place of settlement and the sky a ceiling and formed you and perfected your forms and provided you with good things. That is Allah, your Lord; then blessed is Allah, Lord of the worlds. (Ghafir 40:64)

About the Earth’s stability and how such stability is achieved, we read in the Qur’an:

Is He [not best] who made the Earth a stable ground and placed within it rivers and made for it anchors and placed between the two seas a barrier? Is there a deity with Allah? [No], but most of them do not know. (An-Naml 27:61)

The above verse tells us that God achieved the Earth’s stability and balance thanks to the so-called “anchors”, over which scholars differ. It is preponderant that they are mountains as indicated by the following verses:

The Old Testament does not deal with the Big Bang Theory. It rather started telling the story of the creation of the universe subsequent to this point of time. 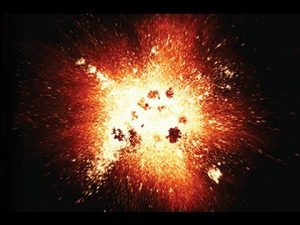 Big Bang according to the Qur’an

The Qur’an deals with the Big Bang Theory quite clearly. We read:

Have not those who disbelieve known that the heavens and the earth were of one piece, then We parted them, and We made every living thing of water? Will they not then believe? And We have placed in the earth firm hills lest it quake with them, and We have placed therein ravines as roads that haply they may find their way. (Al-Anbiyaa’ 21:30-31)

There are no verses in the Bible indicating the Earth’s movement or rotation. 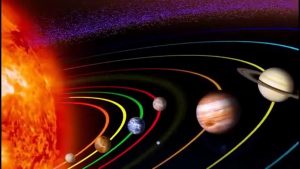 There are verses in the Qur’an indicating the Earth’s movement and succession of night and day as well as the four seasons as a result. The Qur’anic wording is very precise, accurate and clear when describing the movement either of the Earth, the sun or the moon.

The above verse indicates that God causes night and day to succeed each other in a spherical, circular direction. It goes without saying that there is no astronomical object called “night” or “day”. It is the Earth which rotates around itself so that night and day will alternate. About that, we read in the Qur’an:

Allah alternates the night and the day. Indeed in that is a lesson for those who have vision. (An-Nur 24:44)

In the above verse, God expresses the Earth’s movement by the alternation of night and day. This expression is more accurate than “Earth’s movement” or “Earth’s rotation” for what happens to the Earth is more similar to alternation for the Earth does not move out of its orbit, nor does it rotate in every or any direction. Rather, the faces of the Earth alternate in one direction so that night and day will alternate. About that, we read in the Qur’an:

And a faction of the People of the Scripture say [to each other], “Believe in that which was revealed to the believers at the beginning of the daytime face and reject it at its end that perhaps they will abandon their religion (Aal `Imran 3:72)

The above verse refers to daytime as a face for it is actually one of the two alternating faces of the Earth, that is, “day” and “night”. 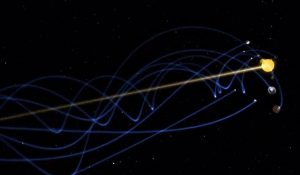 And it is He who created the night and the day and the sun and the moon; all [heavenly bodies] in an orbit are swimming. (Al-Anbiyaa’ 21:33)

It is not allowable for the sun to reach the moon, nor does the night overtake the day, but each, in an orbit, is swimming. (Ya-Sin 36:40)

It is He Who causes the dawn to split forth, and has ordained the night for repose, and the sun and the moon for reckoning time. All this is determined by Allah the Almighty, the All-Knowing. (Al-An`am 6:96)

There is a biblical verse indicating that the Earth is hung in the space. We read: “It is He who spreads out the north over emptiness and hangs the earth on nothing.” (Job 26:7) 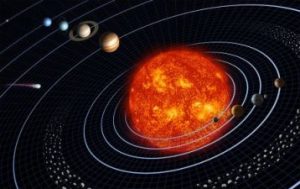 There are verses in the Qur’an indicating the stability of the Earth and the astronomical objects without collision despite hanging in the space in the context of the enumeration of God’s blessings for people. We read:

Do you not see that Allah has subjected to you whatever is on the earth and the ships which run through the sea by His command? And He restrains the sky from falling upon the earth, unless by His permission. Indeed Allah, to the people, is Kind and Merciful. (Al-Hajj 22:65)

Indeed, Allah holds the heavens and the earth, lest they vanish. And if they should cease, no one could hold them [in place] after Him. Indeed, He is Forbearing and Forgiving. (Fatir 35:41) 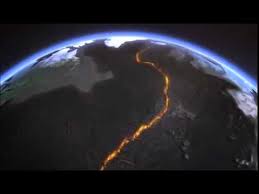 Geological Fault on Earth across the Ocean

There are no biblical verses indicating geological faults.

There are verses in the Qur’an indicating geological faults. We read: