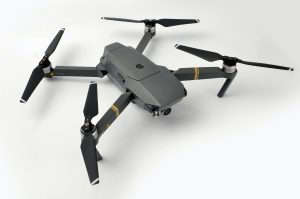 Muslim business owners often struggle to find good clientele, specifically in the Islamic niche market. According to a 2011 report by McKinsey and Company, the internet has accounted for 21% of GDP growth in mature economies since 2006. But an IT infrastructure wasn’t available to Muslim businesses to help them benefit from this growing sector of the economy.

So, in 2013 Asad Ansari created MuslimDistrict.com, an interconnected technological platform for sincere Muslims and Muslim-friendly businesses and individuals.

While the community economic development sector, in general, directs resources to a geographical location for growth, internet technology directs wealth in new ways and to varied geographic locations, helping to expand opportunities.

On MuslimDistrict.com, Muslims can go about transactions such as buying and selling merchandise, finding services, and identifying work opportunities.

Yet because trust-building is a key concern, the idea behind MuslimDistrict.com is also about relationships and shared values.

Additionally, instead of avoidance or conflict, MuslimDistrict.com encourages economic collaboration by building bridges between locales, cities, and regions. This follows from global macroeconomic examples. One precedent is the World Islamic Economic Forum which seeks an interchange among Muslim countries.

Moreover, in 2013 comments by Robert O’Blake, Assistant Secretary of State for the Bureau of South and Central Asia Affairs at the Turkic American Convention in Washington, D.C. elaborated on ways that linking people economically could aid prosperity. His example was the Silk Road Vision of an interconnected Asian continent, for countries between China and the Mediterranean.

The energy sector can be illustrative of the benefits of cooperation on the Silk Route. While Pakistan has a 30% electricity deficit, Tajikistan has enough to export a surplus of electricity, especially useful during the summer. Uzbekistan has almost 6 hundred million barrels of proven oil resources.

We could also deduce the benefits of cooperation on a domestic level where Muslims are exchanging goods and services between cities, states, and regions.

While there is an estimated 8 million Muslims in the United States, a 2010 study Ogilvy Noor, a marketing firm, demonstrated that this demographic is often neglected by American businesses. Yet they find that the American Muslim consumer market is worth approximately $170 billion!

For Muslim business owners struggling to find good clientele, MuslimDistrict.com offers an avenue for them to connect a myriad of people as part of this overall Muslim market.

In addition, the idea is also to facilitate interactions with Muslim-friendly businesses. Considering that Islam has historically spread throughout the world through merchants and Sufis, according to Dr. Umar Abdullah of the Nawawi Foundation, these transactions can help to break down barriers, reduce Islamophobia, and help people find diverse and amenable bargains.

For more information and to learn about business opportunities, contact Asad Ansari or Saadia Chaudhry of MuslimDistrict.com by emailing [email protected]