On the Existence of the Divine Being 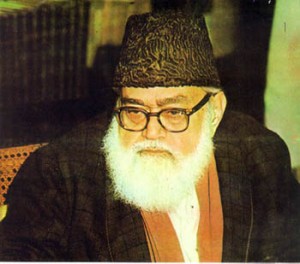 If someone were to tell you that in the center of town there was a big store, with no sales staff or managers, which was running smoothly, with goods coming in on time and being sold automatically to customers, would you believe it?

Could you accept the notion of goods coming in without any supplier, and being sold without the agency of any salesmen?

Could you agree that the goods in the shop would be safe from burglars and thieves without the supervision of security staff?

It goes without saying that nobody in his right mind could believe in the existence of such a store.

Suppose someone told you that he had seen a big factory running without any owner, manager, engineer, and machine-man. The factory, he further told you, had sprung into existence of itself, all the parts of the various machines fitted themselves in their proper places, the machines came into existence automatically and were running likewise, turning out wonderful products. There is no doubt that you would be stupefied by this incredible story and suspect that the reporter was out of his mind.

Surely none else but a madman could say such absurd things.

Or, let us take a few more real examples. Could you believe that this electric bulb, which is glowing before you, generates light of itself? Or, could even that greatest philosopher convince you that this chair, which is lying here before you, had assumed its present form all by itself? Or, could even the most learned man persuade you that the cloth of which your dress is made had not been woven by any human being or machine, but it wove itself automatically? Or could all the teachers of all the universities of the world induce you to believe that these houses which you see around you were not built but sprang into existence automatically?

These are only a few instances of things that you see every day in your life. Now, if you cannot, by any means, be persuaded to believe that an ordinary shop could run without any shopkeeper or salesman, or that a factory could be erected and operated without an engineer or run without a manager, you possibly accept that thesis that the Universe is without a creator or master?

In the vast and wonderful scheme of the Universe, the countless living beings, the sky, the sun, and the moon, and the innumerable planets and stars function with the precision of the parts of a watch. Vapor rises from the oceans and turns into clouds; the winds blow these clouds to the distant corners of the earth and, under suitable conditions, the vapors condense into water, which falls on the earth as rain.

The rainwater in its turn brings dead soil to life and helps the growth of various kinds of food grains and other corps, luxuriant trees and different varieties of fruits and flowers. Now, could any sensible person be induced to believe that this vast and integrated system sprang into existence without any creator and is running automatically without any master, governor, or conductor?

We have no hesitation in dismissing as lunatic a person who thinks that even such as small and insignificant thing as a chair or a piece of cloth or a little wall came into existence of itself; can we then agree with a person who holds that the earth sprang into existence of its own, the animals came to life of themselves, and even the most wonderful and complicated of all living beings – man – came into existence without any creator? Chemical analysis of the substance of the human body has shown that it is composed of certain quantities of iron, coal, sulfur, phosphorus, calcium, salts and gases and some other substance of the same kind, which would not together cost more than a few rupees.

Now, could anyone of you create a human being by combining these substances in one or another manner in the same proportion in which they exist in a normal human body? If you could not, how could you believe that a human being, alive and alert, and capable of making such difficult and complicated things as an airplane or a television, came into existence automatically without the design of a mastermind and the work of a master craftsman?

Have you ever pondered how was the human infant formed and developed in the tiny workshop of the mother’s womb?

The father has no hand in this wonderful process, nor has the mother anything to do with it. At a moment of which neither the father nor the mother is aware, two small life-germs, which cannot be seen without the help of a microscope, unite with each other in a small pouch. Thereafter, they draw their nourishment from the mother’s blood, which supplies them sufficient quantities of iron, sulfur, phosphorus and other essential substances in requisite proportion. These substances go on accumulating in the womb and, after some time, form a lump of flesh. In the next stage, the lump acquires a definite shape and develops various organs and parts of the body in the appropriate places. The eyes, the ears, the brain, and the heart all develop precisely where they should; the bones and the muscles grow in their respective positions.

In short, every part, large or small, is precisely where it should be. The embryo then acquires life and develops the senses and the power to think and a thousand other capacities. And when the embryo eventually grows into a fully formed human infant, the small workshop of the womb, where it had its origin and developed for several months delivers it out, and it starts its independent life in the world.

The workshop of the womb produces millions of human infants every day, but every one of these is different from the other in looks and complexion, in voice and disposition, in powers and faculties, in qualities and moral caliber. Even brothers born of the same father and mother are never identical to each other.

This is indeed a marvel, which baffles the mind and staggers the imagination. Only a person out of his wits could hold that this wonderful system of life came into being, and has continued for countless generations, without a wise, powerful God possessing vast knowledge and unrivaled powers of performance.

Courtesy www.islamicstudies.info with slight modifications. The title is kept as it is: On the Existence of the Divine Being.

Abul A`la Mawdudi (1903-1979) was one of the most eminent Islamic thinkers, reformers, and scholars of the last century. His thought has spread all over the world and greatly influenced the work of Islamic da`wah. His books and articles covered most topics that needed guidance for the revival of Islam. He also wrote many articles on the critique of the Western thought and strategy of Islamic da`wah which were published in the journal he started in 1932 called Tarjuman al-Qur’an.