Peace, Security and Other Basic Human Rights in Islam

The right of security and protection to a person and all his family is the most basic of all human rights. All citizens in the Muslim society legally must not be frightened or threatened by words, actions or weapons of any type. 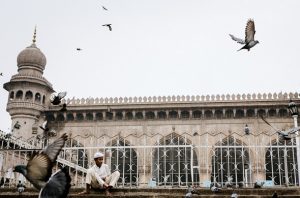 The right of security and protection to a person and all his family is the most basic of all human rights.

The Messenger of Allah (peace be upon him) says:

“It is not allowed for a Muslim to frighten another Muslim.” (Abu Dawud and Ahmad)

Feeling secure enables individuals of a society to have freedom of mobility and movement in order to work and earn an honest living. Corporal and capital punishment have been laid down and established in order to impose strict penalties on those who attempt to cause disruption to the peace, security and stability of a Muslim’s society. Allah’s Messenger stated in his farewell speech:

Sustenance, Wholesome Food & Drink for All

Wholesome sustenance is to be secured for all people in an Islamic society by availing decent and suitable work opportunities for the work force in the society.

Availability of  suitable opportunities of trades and work is crucial for people in order to satisfy their basic needs. Those who cannot work due to old age, disabilities, chronic disease, or the lack of bread-earner in the family, become entitled to public aid from the Islamic government.

Zakah, (obligatory alms and charity) given by the wealthier people of the society, is to be made available to the needy that cannot earn a decent income because of legitimate reasons. Zakah is an obligatory charity that is taken from the rich and given to specific categories of the society.

This is based on the hadith of Allah’s Messenger (peace be upon him) in his advice to his Companion Mu`adh ibn Jabal (may Allah be pleased with him) while sending him on the mission to call to Islam in Yemen saying,

“…Tell the people of Yemen … that Allah has prescribed a certain percentage of their wealth as zakah (obligatory charity) to be taken from the rich members among them and given to the poor and needy ones. (Muslim)

Other voluntary donations, gifts, financial commitments and the like are given in good cause to please the Almighty Allah, and extended willingly to the poor and needy members of the society. This is also based on many scriptures including the hadith of the Prophet (peace be upon him),

“One is not a believer who satisfies himself while his neighbor is hungry.” (Al-Bukhari)

These poor and needy people are also entitled to a fair right and share of the Islamic Treasury. This is also based on the hadith of the Prophet:

“Whoever leaves behind a legacy (wealth and estates), will become the right of his heirs. As for the person who leaves behind poor and needy members of his family, Allah, and His Messenger will take care of them.” (Al-Bukhari)

Islam prohibits all such reasons that may cause detrimental effect to public health. Islam bans all types of harmful drugs and intoxicants. Islam bans eating blood, carrion, unclean animals, unwholesome meats like swine, and all their byproducts, etc.

Islam bans all immoral acts such as fornication, adultery, and homosexual activities. Islam imposes a quarantine in the time of plague for both incoming and outgoing traffic of people in order to make sure that no epidemic or harmful diseases are spread in the wider community. Allah’s Messenger (peace be upon him) said:

“If you hear about an epidemic in a country, do not enter it, and if you are in a place that has an epidemic disease, do not leave it.” (Ahmad)

And he (peace be upon him) said:

“A sick person must not be brought to visit a recovering person.” (Al-Bukhari)

The article is an excerpt from the author’s Human Rights in Islam and Common Misconceptions.