People all over the world are scared of the outbreak of coronavirus that initially attacks the respiratory system in human body and cause illness. Recently the coronavirus has been identified in Wuhan, Hubei Province, China. 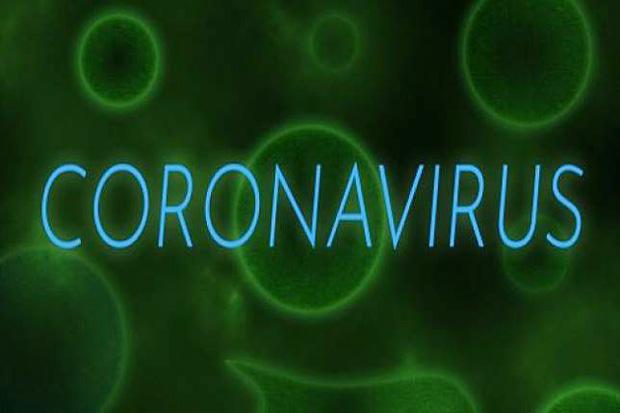 Chinese authorities identified the new coronavirus, which has resulted in thousands confirmed cases in China. In addition, some people have been diagnosed with the infection in other countries.

The outbreak was initially traced to a seafood market that sold live animals in Wuhan. Scientists have said that a type of snake may be the original source of the Wuhan coronavirus. However, other infectious disease experts say the ultimate culprit is more likely to be the bat.(1)

Wudhu and Full Body Wash A Prevention in Islam

According to experts, the source of coronavirus is originally bat and snake, and both in Islam are forbidden to eat. Islam permits to consume only pure and good food and drink. The practice of ablution in Islam is a pre-condition for every Muslim man and woman before each of five daily prayers in the day and night. Wudhu in Islam refers to washing the face, arms, head and feet with clean water. In Wudhu, mouth and nostrils are also cleansed with water and head is wiped. It is called ablution and it is obligatory before prayer or similar worship acts.

Full body bath after sexual intercourse for both; man and woman is obligatory, and after the end of postpartum bleeding and menstruation is necessary for woman in Islam.

I wondered during writing these lines when I found two Prophetic Hadiths about the plague that instruct not to flee from the land infected with plague and not enter it. Of course the Hadith is not limited to the plague itself, but includes every contagious disease and germs that may move through the air and can pollute the atmosphere and can spread around, including coronavirus.

The Prophet (may peace of Allah and His blessings be upon him) said, “If you hear of an outbreak of plague in a land, do not enter it; but if the plague breaks out in a place while you are in it, do not leave that place.”  (Reported by Al Bukhari)

The Arabic Text of the Hadith

The Prophet of Allah (may peace of Allah and His blessings be upon him) said: The one who flees from the plague (infected territory) is like a fugitive from war, but whoever shows patience in that deserves a martyr’s reward. (Reported by Imam Ahmad in Musnad)

The Arabic Text of the Hadith

What is Quarantine in Medical Science?

Quarantine in medical term is restraining people’s connections and transporting animals to prevent the spread of diseases or pests.  While companies like Insight Pest Control Wilmington helps in learning the pests from surrounding areas, it is important for us to follow the safety measures.If we understand the goal of the Hadith and wisdom behind we become more satisfied that the instruction of the Hadith is to control the cause of the disease and limit it to its originating area.

Medical Science has advanced in the modern era and microorganisms and bacteria have been discovered and identified now and experts knew how do they multiply and spread and cause diseases and epidemics. Modern medical science has revealed that healthy people in the land of the epidemic who do not have any visible symptoms of the disease may carry within them diseases virus and will transfer the epidemic to other territories if they move to them. Therefore the quarantine system has been introduced globally, in which all residents of the infected city are prevented from leaving or entering.

The Hadith a Miracle of the Prophet Muhammad

The Messenger of Allah (May peace of Allah and His blessings be upon him) has guided through the Hadith to a basic and miraculous instruction on prevention from the viruses that has been later considered one of the basics of the modern preventive medicine after the discovery of microbes and virus.

Human Nature is to Flee from the Infected Land

Suppose, if it was said to a healthy person only two hundred years ago, when he saw people around him dying of the epidemic and he was healthy and strong to flee from the territory, if he was asked to stay there, the suggestion would have been considered contrary to the wisdom and logic. But now, after it has been discovered that some healthy people may not show symptoms of the disease in the epidemic area may be carrying within their bodies some virus that may appear later and can infect the people around if they move to another land or area. That is why the quarantine system has been introduced in modern age. The question here is: who told the Prophet Muhammad (May peace of Allah and His blessings be upon him) about this truth? Can human mind speak of this exact medical fact fifteen centuries ago? When there was no information on the bacteria, virus, corona or plague. Only answer for this question is that the Prophet Muhammad (May peace of Allah and His blessings be upon him) had received the information from the All-knowing and All-Seeing; Allah the Almighty!

Dua for the Safety from Coronavirus

It is useful and appropriate to the context to mention a Dua or supplication for the prevention of deadly and infectious diseases including the epidemic coming from the Coronavirus.

The Prophet Muhammad (May peace of Allah and His blessings be upon him) taught to recite the following Dua.

(Oh Allah, I seek refuge in You from Albinism, madness and leprosy, and from the bad diseases.)

The Arabic Text of the Dua