Rains which Bring a Dead Land Back to Life 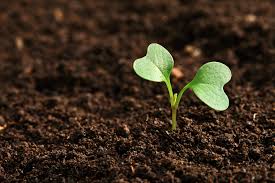 The information about the revitalization of plants in the verse is just one of the countless miraculous properties of the Qur’an.

The rain’s function of “bringing a dead land back to life” is indicated in several verses of the Qur’an:

“… We send down from heaven pure water so that by it We can bring a dead land to life and give drink to many of the animals and people We created.” (Al-Furqan 25:48-49)

As well as bringing water, an essential requirement for living things, to the earth, the rain also has a fertilizing property. Drops of rain which evaporate from the sea and reach the clouds contain certain substances which “revitalize” dead soil. These raindrops with such “revitalizing” properties are called “surface tension droplets.”

These form from the top layer of the surface of the sea called the micro-layer by biologists; in this surface layer, less than one-tenth of a millimeter thick, are found large quantities of organic waste formed from the decomposition of microscopic algae and zooplankton. Some of these wastes collect and absorb elements such as phosphorus, magnesium, and potassium, which are rarely found in seawater, as well as heavy metals such as copper, zinc, cobalt, and lead.

Seeds and plants on the surface of the earth receive large quantities of the mineral salts and elements they need to grow from these raindrops. The Qur’an refers to this in these terms:

“And We sent down blessed water from the sky and made gardens grow by it and grain for harvesting.” (Qaf 50:9)

These salts which descend with the rain are examples in miniature of fertilizers traditionally used to enhance productivity (calcium, magnesium, potassium etc.). Heavy metals of the kind found in aerosols create elements which increase productivity during growth and production of plants. In short, rain is an important fertilizer.

With the fertilizer which provided by rain alone, within a hundred years, a soil of poor quality can obtain all the elements necessary for plants. Forests also grow and are nourished with help from these chemicals which originate from the sea.

In this way, every year some 150 million tons of particles of fertilizer fall to earth. Were it not for this fertilizing function, there would have been far fewer plants on the Earth and the balance of life would have been disturbed. The information about the revitalization of plants in the verse is just one of the countless miraculous properties of the Qur’an.

Taken with slight editorial modifications from Miracles of the Qur’an website.