Regret at the Moment of Death 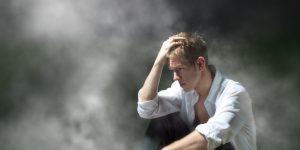 Throughout their lives, people are reminded many times of the existence of the Garden and the Fire and that they have to get prepared for the afterlife. Yet disbelievers turn a deaf ear to these reminders. Upon facing death, one of the main sources of their regret is the fact that they have led themselves to their own destruction. Nobody forced them; they, by their own will, chose this dreadful end for themselves. By the moment of death disbelievers start to suffer from grief. The dreadful fear felt at the time of death is the initial grief of this torment, which Allah illustrates in the Qur’an as follows:

Yet, one needs to keep in mind that only disbelievers suffer from this fear. Believers spend all their lives working to gain the good pleasure and love of Allah. For this reason, they are full of hope. Disbelievers, on the other hand, experience great belated regret when death overpowers them. Nevertheless, this regret by no means keeps them safe from the punishment because it is too late. In the Qur’an, it is stated that at the moment of death, the souls of disbelievers are taken with a great suffering and difficulty.

“…If you could only see the wrongdoers in the throes of death when the angels are stretching out their hands, saying, “Disgorge your own selves! Today you will be repaid with the punishment of humiliation for saying something other than the truth about Allah, and being arrogant about His Signs.”” (Al-An`am: 93)

“How will it be when the angels take them in death, beating their faces and their backs?” (Muhammad: 27)

It is surely unlikely to fully comprehend what disbelievers experience at the time of death. However, Allah depicts this situation so that man can contemplate and avoid meeting such an end. The angels of death, as the verses suggest, will take the souls of disbelievers whilst smiting their faces and their backs. By that moment, disbelievers will suffer physical pain accompanied by a deep regret since they will know they have no opportunity to return back.

At the moment of death, man experiences what befalls him with a very open conscious. This is the beginning of his eternal life. Death is only a transitional phase; it is actually the departure of soul from the flesh.

Due to the torment they suffer at the time of death, disbelievers grasp that they will be subjected to a great penalty that will last for all eternity-unless Allah wills otherwise. Those who lived all their lives distant from the religion of   Allah start to earnestly implore Allah’s forgiveness and safety. They plead to be sent back to the world, to do good deeds and to make up for what they have lost. But their wishes aren’t acceptable because they were “given a lifelong enough so that they would receive admonition” as Allah maintains in the verse. They were given glad tidings of the gardens of Paradise and also warned against the fire of Hell, but they willfully turned away from all these truths. Allah states in the Qur’an that they will again tend to denial upon another chance:

“When death comes to one of them, he says, “My Lord, send me back again, so that perhaps I may act rightly regarding the things I failed to do!” No indeed! It is just words he utters” (Al-Mu’minun: 99-100)

Disbelievers knowingly did not prostrate before Allah, nor fulfill His orders, nor conform to the sublime morality. Allah says in the Qur’an that at the time of death, they wouldn’t even be able to simply prostrate:

There is another point that adds to the regret of people who, at the moment of death, comprehend that Allah’s promises are all true. Believers, to whom disbelievers did not trust and take seriously in the world and even of whom they made fun, suffer none of the grief disbelievers go through on that day. They are eternally rewarded with the best of rewards because they spent all their lives sincerely to attain the consent of Allah. Unlike disbelievers, their souls are drawn out “gently” without any pain. (Al-Nazi`at: 2) As Allah describes in the verse, the angels greet the believers and give the good news of the Garden.

“…those the angels take in a virtuous state. They say, “Peace be upon you! Enter the Garden for what you did.”” (Al-Nahl: 32)

This is another mental torment for the disbelievers. They were also offered the very same opportunities given to the believers in this world. Yet, they willingly traded the eternal blessings of the Garden for the short-lived worldly benefits. Although they were reminded that the world is merely a place of testing for man and the real abode is the Hereafter, they feigned ignorance about it. Therefore they didn’t engage in good deeds to attain Paradise. Yet, living by the morals of the Qur’an and being a sincere believer is possible for everyone only by one’s committed intention. Pondering upon all these adds to the regret of disbelievers.

In one verse Allah says:

“Or do those who perpetrate evil deeds suppose that We will make them like those who have faith and do right actions, so that their lives and deaths will be the same? How bad their judgment is!” (Al-Jathiyyah: 21)

In other words, every soul will be rewarded appropriately, the good with glad tidings and the evil with wrathful punishment.

Furthermore the fear of knowing that Hell is prepared for them will intensify the regret felt by disbelievers. Until then they have only experienced the suffering of the removal of their souls. This suffering however makes them aware of their impending doom.

This regret of disbelievers beginning with death will last as long as Allah wills. Every passing moment, hour, and day, they will remain in this everlasting penalty and they will not be saved from regret.

However, it is in the hands of man not to suffer such great regret. Waiting to encounter death is not necessarily the way to have a grasp of the reality of the death and beyond. For believers, the promise of Allah is enough. After death, the justice of Allah certainly prevails; disbelievers are punished with fire and believers are rewarded with the gardens of Paradise.

So, the wisest thing for a person to do who has not met death yet would be to seek refuge in Allah and to hope for His forgiveness. In addition, one needs to attentively explore the Qur’an, the only guide to the true path for humanity, and the Sunnah of the Prophet (PBUH) to attain a thorough understanding of it and live by its commands. Rather than avoidance from the thought of death, man will benefit from pondering over its reality and closeness and acting accordingly.

The one who turns towards Allah earns the consent of Allah both in this world and in the Hereafter and enters the Garden, well pleased with our Lord and our Lord well pleased with him. Allah gives the believers the good news of this in the Qur’an:

“O self at rest and at peace, return to your Lord, well-pleasing and well-pleased! Enter among My slaves! Enter My Garden.” (Al-Fajr: 27-30)

The way to be saved from regret and win eternal bliss is to reflect on death and the Hereafter and comply with the way of Allah, the Creator of man.