Repentance: Your Way to Salvation 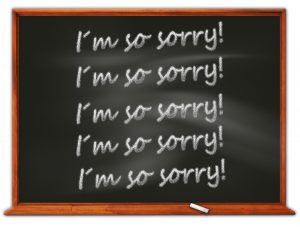 Muslims believe that the only way to salvation in the Hereafter is through repentance.

Muslims believe that to err is human. Human beings are not protected against committing sins. If people sin and make mistakes without any hope of stopping the sin or the mistakes, they will continue sinning until they die.

God the Almighty knows the nature of human. Therefore, He, out of His Infinite Mercy, ordained that if people sin or make mistakes and then repent to Him sincerely, He will accept their repentance and forgive their sins.

So, Muslims believe that the only way to salvation in the Hereafter is through repentance.

The Door of Repentance Is Wide Open

Muslims believe that all sins can be forgiven except the sin of associating partners with God unless one repents and believes in God.

Say, “O My servants who have transgressed against themselves [by sinning], do not despair of the mercy of Allah . Indeed, Allah forgives all sins. Indeed, it is He who is the Forgiving, the Merciful.” (Az-Zumar 39/53)

Indeed, Allah does not forgive association with Him, but He forgives what is less than that for whom He wills. And he who associates others with Allah has certainly fabricated a tremendous sin. (An-Nisaa’ 4:48)

In many verses of the Quran, God urges the believers to repent to Him and seek His Forgiveness.

And turn to Allah in repentance, all of you, O believers, that you might succeed. (An-Nur 24/31)

O you who have believed, repent to Allah with sincere repentance. Perhaps your Lord will remove from you your misdeeds and admit you into gardens beneath which rivers flow [on] the Day when Allah will not disgrace the Prophet and those who believed with him. Their light will proceed before them and on their right; they will say, “Our Lord, perfect for us our light and forgive us. Indeed, You are over all things competent.” (At-Tahrim 66/8)

Say, “O My servants who have transgressed against themselves [by sinning], do not despair of the mercy of Allah . Indeed, Allah forgives all sins. Indeed, it is He who is the Forgiving, the Merciful.” (Az-Zumar 39:53)

Before It Is Too Late

God tells us in the Quran that He accepts the repentance of those who make mistakes out of ignorance and hasten to offer a sincere repentance to Him.

The repentance accepted by Allah is only for those who do wrong in ignorance [or carelessness] and then repent soon after. It is those to whom Allah will turn in forgiveness, and Allah is ever Knowing and Wise.

But repentance is not [accepted] of those who [continue to] do evil deeds up until, when death comes to one of them, he says, “Indeed, I have repented now,” or of those who die while they are disbelievers. For them We have prepared a painful punishment. (An-Nisaa 4:17-18)

Will Disbelief Be Forgiven?

We read in the Quran:

They have certainly disbelieved who say, ” Allah is the Messiah, the son of Mary” while the Messiah has said, “O Children of Israel, worship Allah, my Lord and your Lord.” Indeed, he who associates others with Allah – Allah has forbidden him Paradise, and his refuge is the Fire. And there are not for the wrongdoers any helpers.

They have certainly disbelieved who say, ” Allah is the third of three.” And there is no god except one God. And if they do not desist from what they are saying, there will surely afflict the disbelievers among them a painful punishment.

So will they not repent to Allah and seek His forgiveness? And Allah is Forgiving and Merciful. (Al-Ma’idah 5:72-74)

In another narration we read: “Allah accepts the repentance of His slave so long as the death rattle has not yet reached his throat.” (Abu Dawud)

Will Major Sins Be Forgiven?

Allah tells us if those who are immersed in major sins, such as associating partners with Allah, murder, and unlawful sexual intercourse, turn to Allah in sincere repentance, their repentance will be accepted. We read in the Quran:

And those who do not invoke with Allah another deity or kill the soul which Allah has forbidden [to be killed], except by right, and do not commit unlawful sexual intercourse. And whoever should do that will meet a penalty. Multiplied for him is the punishment on the Day of Resurrection, and he will abide therein humiliated –
Except for those who repent, believe and do righteous work. For them Allah will replace their evil deeds with good. And ever is Allah Forgiving and Merciful. And he who repents and does righteousness does indeed turn to Allah with [accepted] repentance. (Al-Furqan 25:68-71)

Go to such and such land; there (you will find) people devoted to prayer and worship of Allah, join them in worship, and do not come back to your land because it is an evil place.’ So he went away and hardly had he covered half the distance when death overtook him; and there was a dispute between the angels of mercy and the angels of torment.

The angels of mercy pleaded, ‘This man has come with a repenting heart to Allah,’ and the angels of punishment argued, ‘He never did a virtuous deed in his life.’ Then there appeared another angel in the form of a human being and the contending angels agreed to make him arbiter between them. He said, ‘Measure the distance between the two lands. He will be considered belonging to the land to which he is nearer.’ They measured and found him closer to the land (land of piety) where he intended to go, and so the angels of mercy collected his soul”. (Al-Bukhari and Muslim)

In order for repentance to be accepted, one should:

2- Feel remorse and guilt over committing the sin

4- Have a strong resolve not to commit the sin again.

Good Deeds Do Away with Misdeeds

Allah made it clear in the Quran that good deeds do away with the misdeeds. Therefore, if it happens that one commits sins then turns to Allah in repentance, he should offer some good deeds to wipe out the misdeeds.

*{And establish prayer at the two ends of the day and at the approach of the night. Indeed, good deeds do away with misdeeds. That is a reminder for those who remember.}* (Hud 11:114)

“Fear Allah wherever you are, do good deeds after doing bad ones, the former will wipe out the latter, and behave decently towards people”. (At-Tirmidhi)

One can do any of the following good deeds:

Now, everyone should decide for himself which way he is going to follow; i.e. the way of salvation through belief in Allah and following the religion of Islam or the way of Satan through denying Allah or associating others with Him!

Do not forget that if you decide to take the way of repentance and belief in Allah, all the sins you committed before this decision will be forgiven and the bad deeds will be turned into good deeds in your scale of deeds.

Prophet Muhammad said: “The one who repents from sin is like one who did not sin.”

Anas ibn Malik (may Allah be pleased with him) said:

I heard the Messenger of Allah say, “Allah the Almighty has said: ‘O Son of Adam, as long as you invoke Me and ask of Me, I shall forgive you for what you have done, and I shall not mind. O Son of Adam, were your sins to reach the clouds of the sky and you then asked forgiveness from Me, I would forgive you. O Son of Adam, were you to come to Me with sins nearly as great as the Earth, and were you then to face Me, ascribing no partner to Me, I would bring you forgiveness nearly as great as it [too].’ ” (At-Tirmidhi)