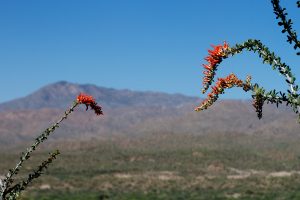 But what is knowledge? This question is not as obvious as it seems.  The Prophet (PBUH) used to constantly pray: “O Allah! Advance me in knowledge (Ta-Ha 20:114).” This means that knowledge is something special and sacred in its own right; and that advancing in knowledge is a challenge in which even our Prophet (PBUH) sought Allah’s help.

It is the duty of every Muslim, therefore, to acquire knowledge throughout life—so much so that on the Day of Judgment we will be held accountable for it. The Qur’an says: “And pursue not that of which thou hast no knowledge; for every act of hearing, or of seeing or of (feeling in) the heart will be inquired into (on the Day of Reckoning).” (Al-Israa 17:36) [Yusuf Ali]

The words hearing and seeing refer to human senses and the Arabic word فُؤَادَ (heart) refers to our mind. Hearsay is not knowledge because our senses and mind are not involved in arriving at the conclusion.  Plato said that knowledge gained through the senses is not reliable, whereas the Qur’an says that anything not verified by the senses and mind cannot be regarded as knowledge. This shows how valuable sense perception is in Islam.

The Qur’an puts extraordinary emphasis on objective knowledge.  The revelation of the Qur’an may be thought of as marking the birth of inductive intellect. Inductive reasoning allows human beings to master the forces of the natural world. The Qur’an created and fostered a spirit of critical observation of the forces of nature: “In the creation of the earth and the heavens and the alternation of night and day, there are signs for those gifted with insight. These people always keep in mind Allah’s law while standing, sitting or reclining. They constantly reflect upon the creation of the heavens and the earth: “O our Sustainer! Thou have not created this Universe in vain or for destructive purposes.” (Aal `Imran 190-191)

It is also clear that the birth of observation and experimental science in Islam was due not to a compromise with Greek thought but to a prolonged intellectual fight with it. Again, according to Allama Iqbal: “Socrates concentrated his attention on the human world alone. To him, the proper study of man was man and not the world of plants, insects, and stars. How unlike the spirit of the Qur’an, which sees in the humble bee a recipient of Divine inspiration and constantly calls upon the reader to observe the perpetual change of the winds, the alternation of day and night, the clouds, the starry heavens, and the planets swimming through infinite space! As a true disciple of Socrates, Plato despised sense- perception which, in his view, yielded mere opinion and no real knowledge. How unlike the Qur’an, which regards ‘hearing’ and ‘sight’ as the most valuable Divine gifts and declares them to be accountable to God for their actions in this world.” [The Reconstruction of Religious Thought in Islam, page3]

The importance of inductive reasoning is so great in the eyes of the Qur’an that at numerous places it calls those who do not use it as animals—and even worse than animals: “For the worst of beasts in the sight of Allah are the deaf and the dumb, those who understand not.” (Al-Anfal 8:22) “Many are the Jinns and men we have made for Hell: They have hearts wherewith they understand not, eyes wherewith they see not, and ears wherewith they hear not. They are like cattle, nay more misguided: for they are heedless (of warning).” (Al-A`raf 7:179) “Or thinkest thou that most of them listen or understand? They are only like cattle; nay, they are worse astray in Path” (25:44). “Ah! Ye are those who fell to disputing (Even) in matters of which ye had some knowledge! But why dispute ye in matters of which ye have no knowledge?” (Aal `Imran 3:66) [Yusuf Ali]

The Qur’an says: “Seest thou not that Allah sends down rain from the sky? With it We then bring out produce of various colors. And in the mountains are tracts white and red, of various shades of color, and black intense in hue. And so amongst men and crawling creatures and cattle, are they of various colors. Those truly fear Allah, among His Servants, [Ulema] who have knowledge: for Allah is Exalted in Might, Oft-Forgiving.” (Fatir 35: 27-28) [Yusuf Ali]

That is, the Qur’an calls those who have knowledge of fields such as hydrology, botany, geology, zoology, physiology, or anthropology as Ulema. Allah asks believers to acquire knowledge of His signs throughout the Universe, which practically includes almost every imaginable field of science such as chemistry, physics, astronomy, cosmology, neurology, medicine, psychology, geography, oceanography, etc. (e.g., 3:189-191, 16:48, 21:30-33, 23:18, 26:7-8, and many other verses). In other words, Ulema according to the above verses are scientists and thinkers, not religious scholars. Allah clearly warns us in the Qur’an that those who have knowledge and those who do not cannot be deemed equal (39:9). How are we justified then in calling our traditional religious scholars Ulema who have no knowledge of Allah’s signs in the Universe, especially when more than 750 verses in the Qur’an deal with such knowledge, while only some 130 verses deal with prayer, fasting, pilgrimage, and laws governing personal affairs?

In fact, the current bifurcation of knowledge into Islamic and non-Islamic is alien to Islam itself. When the Prophet (PBUH) exhorted his followers to acquire knowledge—even if they had to travel to China—he did not distinguish between Islamic knowledge (represented by religious scholars) and non-Islamic knowledge (represented by scientists). This division of knowledge is rather a later creation in Islam. Striving for knowledge without creating any contradistinction between outer and inner worlds is an Islamic duty of all Muslims. In the ultimate nature of things, these two worlds reside in perfect harmony. When the Prophet (PBUH) said that those who travel to seek knowledge get ten rewards for every step, he meant that seeking knowledge is a divine act in itself. We should, therefore, teach our children that when they learn any subject in school or college they are, first and foremost, engaged in a divine act and prayer. All other career benefits that eventually accrue from learning should be considered side-benefits.

We need to go back to the way of the Prophet (PBUH) and use this integrated or holistic approach to knowledge which, apart from giving us power over the natural world, also deepens our faith in the non-physical world. The Qur’an emphasizes that signs of Allah in the Universe are meant to strengthen the faith of believers: “Verily in the heavens and the earth, are Signs for those who believe. And in the creation of yourselves and the fact that animals are scattered (through the earth), are Signs for those of assured Faith.” (Al-Jathiyah 45: 3-4) [Yusuf Ali]

“Do they not look at the birds, held poised in the midst of (the air and) the sky? Nothing holds them up but (the power of) Allah. Verily in this are signs for those who believe.”(16:79) [Yusuf Ali]

“Do not the Unbelievers see that the heavens and the earth were joined together (as one unit of creation), before we clove them asunder? We made from water every living thing. Will they not then believe?” (21:30) [Yusuf Ali]

“Behold! In the creation of the heavens and the earth; in the alternation of the night and the day; in the sailing of the ships through the ocean for the profit of mankind; in the rain which Allah Sends down from the skies, and the life which He gives therewith to an earth that is dead; in the beasts of all kinds that He scatters through the earth; in the change of the winds, and the clouds which they Trail like their slaves between the sky and the earth;- (Here) indeed are Signs for a people that are wise.” (2:164) [Yusuf Ali]

Our ancestors read these verses and laid the foundations of science, astronomy, mathematics, medicine, geography, sociology, anthropology and science of history among other things. Every sign of Allah in the Universe inspired them to deliberate and ponder, which deepened their faith in Allah. We, on the other hand, read these same verses and move on. At most, we think that we have earned the mercy of Allah in the other World by reciting these verses while simultaneously living in this World at the mercy of others. Our ancestors dedicated their lives to discover the signs of Allah (i.e., forces of nature) and proved to humanity the Truthfulness of the message contained in these verses (according to verse 41:53). As a result, they became leaders and torchbearers of knowledge in the World. We, on other hand, abandoned that tradition and consequently are groping in darkness – and trying, if at all, to illuminate our way with borrowed light.

According to another hadith of the Prophet (PBUH) the whole World is a Mosque. This does not only mean that we can pray anywhere on Earth as most of us think; it also means what we do in Mosques and what we do outside must be solely for Allah (72:18). Thus, to a Muslim, there should be no bifurcation of life into secular and religious. Whether teaching or learning, working or resting, praying or playing, eating or drinking, standing or sitting—in short, every moment of our lives should be lived in the context of Islam. This is how we become God-conscious. This is how we should practice Islam: by total submission to the Will of Allah in every aspect of our lives. It does not just mean that we should keep doing what we are doing sincerely and honestly and give charity, pray, fast and perform the pilgrimage and feel that we have discharged our obligation to Islam. That is the easy part. Doing all those things is only a starting point for a much larger obligation: to keep advancing in knowledge of the ultimate nature of things. This larger goal should never be overlooked. If the Prophet (PBUH) was doing this his entire life, we must try as well. This is the difficult as well as challenging part: how to keep advancing in knowledge, each and every one of us, until we breathe our last breath. That is where we constantly need to seek help from Allah as, indeed, the Prophet (PBUH) did.

This is the essence of the relationship of Islam and Science: opening the door of the Other World by using the Key of this World. And the Key is knowledge of the Universe. The goal of Muslims should always be to gain knowledge of the forces of nature and spend it without any discrimination for the benefit of the whole world. The world being a Mosque there should be no discrimination. This is how we can regain our crowning intellectual position in the world. This is how we can create Heaven on Earth.