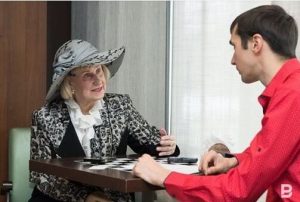 According to RT Arabic, Valeria Porokhova, the author of an exegetical translation of the Gracious Quran, died on Monday.

Her son Khalid Al-Roushd, author and presenter at RT Arabic, wrote a post on Facebook announcing his mother’s death.

Besides being a translator and an interpreter, Valeria (Iman) Porokhova played a prominent role in Muslims’ affairs in Russia and Central Asia.

Her rendering of the Quran has been hailed as one of the most beautiful translations that has remained very faithful to the original text.

Porokhova was born in Tsarskoye Selo, Russia. She was an Orthodox Christian who embraced Islam after marrying a Syrian Muslim scholar and moving to Damascus in 1985.

Her translation of the Gracious Quran

When I read the Quran, I felt in love with it, which made me translate it into Russian

She said in an interview in 2011, “When I read the Quran, I felt in love with it, which made me translate it into Russian”.

She also admitted that she found a lot of difficulties, but scholars like Sheikh Ahmad Kaftaro, the former Mufti of Syria, and his son Sheikh Mahmoud Kaftaro helped her a lot thorough her work.

Valeria Porokhova (1940- 2019) graduated from Moscow State Pedagogical Institute of Foreign Languages and worked as a lecturer for 18 years.Next, She worked at the Russian Academy of Natural Sciences. Valeria made a successful translation of the Koran into Russian. The edition, published in 1995, was the first to be available in Russia, Central Asia and the Caucasus.