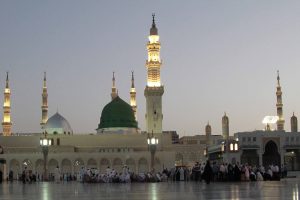 In this episode, Sheikh Yasir Qadhi elaborates on the broad characteristics of Prophet Muhammad.

In the Quran, Prophet Muhammad is described as ‘mercy’. We read:

Prophet Muhammad was given many names both by the people and by Allah Himself.

Jubair ibn Mut`im reported on the authority of his father that he heard Allah’s Messenger as saying:

I have many names: I am Muhammad, I am Ahmad, I am al-Mahi through whom Allah obliterates unbelief, and I am Hashir (the gatherer) at whose feet people will be gathered, and I am ‘Aqib (after whom there would be none), and Allah has named him as compassionate and merciful. (Muslim)

In another narration, we read:

Malik related to me from Ibn Shihab from Muhammad ibn Jubayr ibn Mut`im that the Prophet said, “I have five names. I am Muhammad. I am Ahmad. I am al-Mahi (the effacer), by whom Allah effaces disbeleif. I am al-Hashir (the gatherer), before whom people are gathered. I am al-Aqib (the last).” (Malik)

Watch the video to know more about the broad characteristics of Prophet Muhammad.

If you have a question about Islam and Muslims, please feel free to have a one-to-one live chat with us: