Significance of the Islamic Hijri Calendar 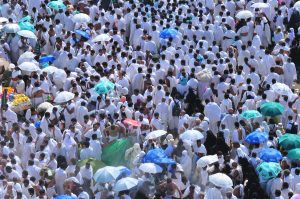 To Muslims, the Hijrah calendar is not just a sentimental system of time reckoning and dating important religious events, e.g. fasting and Hajj. It has a much deeper religious and historical significance.

The first of Muharram marks the beginning of the new Islamic or Hijrah year. It also points to one of the most significant events in the Islamic history, i.e., the Hijrah (Divinely ordained migration) of Muhammad the Prophet of Islam, from Makkah to Madinah, nearly 1435 years ago.

The Islamic calendar, which is based purely on lunar cycles, was introduced in 638 Christian Era (CE) by Umar ibn Al Khattab, a close companion of the Noble Prophet and the second Caliph of Islam. He did it in an attempt to rationalize the various, at times conflicting, dating systems used during his time.

Umar, may Allah be pleased with him, consulted his advisers on the starting date of the new Muslim chronology. It was finally agreed that the most appropriate reference point for the Islamic calendar was the Hijrah. The actual starting date for the calendar was chosen (on the basis of purely lunar years, counting backward) to be the first day of Muharram, the first month of the year of the Hijrah.

The Islamic calendar is usually abbreviated AH in Western languages from the Latinized Anno Hegirae. Muharram 1, 1 AH, corresponds to July 15, 622CE. The Hijrah is the central historical event of early Islam. It led to the foundation of the first Muslim city-state, a turning point in Islamic and world history.

To Muslims, the Hijrah calendar is not just a sentimental system of time reckoning and dating important religious events, e.g. fasting and Hajj. It has a much deeper religious and historical significance.

As an Islamic scholar wrote on the advent of the 15th century of the Hijrah calendar 22 years ago, “It (the advent of the 15th century) is indeed a unique occasion to ponder that the Islamic Era did not start with the victories of Islamic wars, nor with the birth or death of the Prophet nor even with the Revelation of the Qur’an itself. It starts with Hijrah or the sacrifice for the cause of Truth and for the preservation of the Revelation. It was a divinely inspired selection. Almighty Allah wanted to teach man that struggle between Truth and Evil is eternal!”

The Islamic year reminds Muslims every year not of the pomp and glory of Islam but of its sacrifice and prepares them to do the same. All the events of Islamic history, especially those which took place during the life of the Noble Prophet and afterward, are quoted in the Hijrah calendar era. But our calculations in the Gregorian calendar keep us away from those events and happenings, which are pregnant with admonitory lessons and instructions. And this chronological study is possible only by adopting the Hijrah calendar to indicate the year and the lunar month in line with our cherished traditions.

It is considered a divine command to use Hijrah calendar with 12 (purely) lunar months without intercalation, as evident from the following verses of the Noble Qur’an (which mean): “They ask you [O Muhammad] about the new moons. Say, ‘They are measurements of time for the people and for Hajj’…” [Al-Baqarah 2:189]

Allah Almighty also says (what means): “Indeed, the number of months with Allah is twelve [lunar] months in the register of Allah [from] the day He created the heavens and the earth; of these, four are sacred. That is the correct religion, so do not wrong yourselves during them. And fight against the disbelievers collectively as they fight against you collectively. And know that Allah is with the righteous [who fear Him]. Indeed, the postponing [of restriction within sacred months] is an increase in disbelief by which those who have disbelieved are led [further] astray. They make it lawful one year and unlawful another year to correspond to the number made unlawful by Allah and [thus] make lawful what Allah has made unlawful. Made pleasing to them is the evil of their deeds, and Allah does not guide the disbelieving people.” [Al-Tawbah 9:36-37]

Since the Islamic calendar is purely lunar, as opposed to solar or luni-solar, the Muslim year is shorter than the Gregorian year by about 11 days. The months in the Islamic year are not related to seasons, which are fundamentally related to the solar cycle. This means that important Muslim festivals, which always fall in the same Hijrah month, may occur in different seasons. For example, the Hajj and Ramadan can take place in the summer as well as the winter. It is only over a 33-year cycle that lunar months take a complete turn and fall during the same season.

For religious reasons, the beginning of a Hijrah month is marked not by the start of a new moon, but by a physical (i.e., an actual human) sighting of the crescent moon at a given locale.

Astronomically, some data are definitive and conclusive (i.e. the time of the birth of a new moon). However, determining the visibility of the crescent is not as definitive or conclusive; rather it is dependent upon several factors, mostly optical in nature. This makes it difficult to produce (in advance) Islamic calendars that are reliable (in the sense that they are consistent with actual crescent visibility).

The slight differences in printed Islamic calendars worldwide can be traced to two primary factors:

1) The absence of a global criterion for first visibility; and

2) The use of different visibility criterion (or method of calculation).