Social Diseases and Their Impact on the Islamic Personality 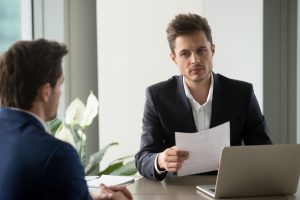 The following verse clearly highlights the social diseases that cause societal problems among people of the same community. Such diseases are so dangerous that they can weaken the strong relationship between people and corrupt the life of any social establishment.

That is why Allah prohibits offensive suspicion, spying as well as backbiting and portrays the backbiter in a disgusting image where he sits by his dead brother and snaps his flesh.

O you who believe! Avoid suspicion as much (as possible): for suspicion in some cases is a sin: And spy not on each other behind their backs. Would any of you like to eat the flesh of his dead brother? Nay, you would abhor it…But fear Allah: For Allah is Oft-Returning, Most Merciful. (Al-Hujurat 49:12)

Allah addresses believers and calls them to avoid the bad manners mentioned in the above verse. Let us consider each of these social diseases one by one, starting with suspicion:

First of all, this verse enjoins believers not to suspect innocent people; evil suspicion of good people is considered sinful; but they can suspect wicked people who are known of their wickedness. However, believers should not speak out of such suspicion, otherwise they would be sinful.

There is another kind of harmful suspicion which its danger mainly refers to the person himself who may keep saying to himself, “Allah will not forgive me”. Being desperate of Allah’s mercy and His forgiveness may lead him to follow the footsteps of the Satan which eventually may lead him to Hell. To cite Sahih International. com, “The example of unlawful assumption is to keep saying to himself that Allah will definitely punish or torture me and lose total hope in the forgiveness and mercy of Allah”.

However, the Prophet (peace be upon him) says: “You should have good hope with Allah till your death-bed.” (Muslim)

Besides, Allah says in a hadith Qudsi: “I treat my servant the way he feels about me.”

Moreover, Abu Hurairah (May Allah be pleased with him) reported: “The Messenger of Allah said, “Allah the Exalted says: ‘I am as my slave expects me to be.” (At-Tirmidhi)

The example of unlawful suspicion is to keep saying to himself that Allah will definitely punish or torture me and lose total hope in the forgiveness and mercy of Allah; while the example of mustahab suspicion is to keep good feelings about every Muslim. It is, however, permissible to use precautions in daily dealings without considering someone a thief or a traitor without a just cause.

The example of wajib suspicion is that if, for example, you do not know the direction of Qiblah and there is nobody to guide you, it is permissible to use your best judgment. And the example of acceptable suspicion is that if one is not sure of completing three or four rak`ahs in salah, it is acceptable to use the most prevalent assumption in mind.

Spying is also one of the worst social manners. It is not allowed and it is shameful to snoop at people’s own life or private works or tasks and disclose their secrets. However, to quote Sahih International website, ” if there is a possibility of another party harming you or harming another Muslim, then such spying is allowed”

Let us now think about backbiting. It is narrated that Prophet Muhammad (peace be upon him) said, “Backbiting is talking about somebody which if he heard, would grieve him.” (Muslim)

Hence, to cite Sahih International.com, “it is not allowed to talk about somebody in his absence, even if what was narrated was true. If it was not true, then it would be a bigger sin and it is called buhtan.

Anas (May Allah be pleased with him) narrates that the Messenger of Allah said, “The ransom for backbiting is to pray to Allah for forgiveness by saying, “O Allah! Forgive my sins and his too.”

Al Sa`di (1995) sees that the person who injured his brother (with backbiting) should repent to Allah, apologize to his brother, ask Allah forgiveness for him and praise his brother instead of dispraising him.

Al-Baz (2007) recommends the Islamic society “to make sure of the news they receive lest the haste and uncertainty in getting them should cause bad results and harmful effects on individuals and societies.”

On the other hand, Al-Baz includes that believers should believe a trustworthy Muslim when he brings news and sayings to them if they have not experienced any lies on his part. It is prohibited for any Muslim to satire or ridicule any person because of being inferior to him in property, body, or social rank. Al-Saboni (1981) points out that the ideal society indisposes backbiting, spying and offensive suspicion.

For a Powerful Sound Society

Actually, all this teaches us lots of practical ethical rules of paramount importance and necessity for building up a powerful sound society; such rules are so effective that they contribute a lot in educating and building up the Islamic personality that enjoys pure heart, clean feelings, chaste tongue and righteous manners.

Not only this, these codes are so effective that they combine the society with strong bonds and firm ties; ties of honesty and purity, belief and piety, honour and respect, as well as mercy and kindness. On the other hand, this society denounces envy and suspicion, slander and dishonor along with mockery and satire. Besides, this society has its own capability to live and continue through its own spiritual moral system. It is actually a real ideal world.

– believing the news or sayings coming from a wicked person,

– mocking or laughing at others because of being inferior to them,

– calling others with their offensive nick names,

-spying at others, and backbiting them.

Warning learners against the results of bad manners, leaving many things to avoid something evil among them, keeping the honour of persons in their presence as well as in their absence, employing the interrogation technique as a means of reproach in the educational situation, employing rebuke technique in reforming the deviant manners, portraying disgusting imagery to disincline learner from evil manners, and manipulating  the preaching technique in education.

Moderation in the Light of the Qur’an