Spotlights on the Birth of Prophet Muhammad 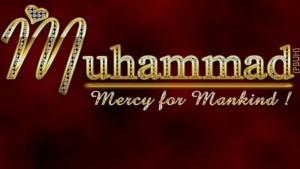 Some men of the city of Mecca went on a trip to Syria. On the way, they met a monk. Four of these Meccans decided to stop for a while to talk with the monk.

In those days, monks lived in places where there were very few people so that they could worship Allah. They also were people who read books and knew many stories. Only a few Meccans could read. All they knew about was trade and enjoying themselves. They knew they would hear interesting and entertaining stories from the monk.

After talking for a while, the monk asked the men, “where are you from?” They answered, “We are from Mecca.” The monk then told them, “Allah will send a prophet to Mecca soon.”

The four men went on their journey, thinking about the things the monk had said. Each of them wished that the new prophet would be his own son.

Abdul-Muttalib was asleep in the Ka`bah. He had a strange dream. He saw a tree growing until it reached the sky. The tree had branches that spread to the East and the West. It appeared that a very bright light was shining on the tree. Abdul-Muttalib saw the Arabs and the non-Arabs bowing to the tree. The tree continued growing larger, higher, and brighter. Then he saw some people from Quraysh holding to the branches of the tree, while other Qurayshis tried to chop down the tree. A very handsome youth stopped them from chopping down the tree. Abdul-Muttalib saw himself putting his hand out to grab the tree, but he could not reach it. He woke up from his sleep frightened.

Abdul-Muttalib sat thinking of the dream and what it meant, but he could not find an explanation for it. The next morning he went to the priestess of Quraysh to ask her to explain the dream. The Arabs always asked the priest or priestess for the explanation of dreams.

When the priestess saw Abdul-Muttalib, she saw signs of worry on his face, so she asked, “why do you look so worried?”
Abdul-Muttalib answered, “I had a dream that frightened me.” Then he told her all about the dream.

When he finished, she said, “If your dream ever comes true, then one of your sons will control the East and the West. All the people will follow him.”

But the intended one was not Abu Talib. The one the priestess meant was the yet unborn grandson of Abdul-Muttalib. Abdul-Muttalib had a son named `Abdullah who was married to Aminah, daughter of Wahb. Aminah was expecting a baby. Before the baby was born, `Abdullah had gone on a trading trip. He became ill on the trip and died. `Abdullah never saw his son.

During her pregnancy, Aminah felt no pain or discomfort. She had always heard women complaining about the hardships of pregnancy, but she felt very well. During these months, Aminah had many dreams. One night, in a dream, she saw a light coming out of her. The light was shining on the castles of Syria.

Another night, she heard a voice in her dream. The voice said, “Aminah, you are carrying the greatest man in the world. When you give birth, give him the name, Muhammad, and tell no one about this dream.”

Aminah woke up and looked around but there was no one in the room. She tried to go to sleep again but she was still thinking about what she had heard in the dream.

It was time for Aminah’s baby to be born. She gave birth to a beautiful, clean baby boy. Since the boy’s father had died months earlier, Aminah sent the news to her son’s grandfather, Abdul-Muttalib. Abdul-Muttalib was sitting in the Ka`bah when the news came. He was delighted. He went to Aminah and carried the boy happily to the Ka`bah. When he brought the baby back to her, he said, “I have named him Quthm.”

Aminah had to tell him, “I was ordered in a dream to call him Muhammad.” Abdul-Muttalib picked up the baby, kissed him and said, “I hope that my grandson, Muhammad, will be a great man.”

On the seventh day after the birth of Muhammad Abdul-Muttalib ordered animals to be slaughtered and asked the people of Mecca to come to a feast. After everyone had eaten, Abdul-Muttalib brought out his grandson, Muhammad, to show him to the people. Everyone said that he was such a beautiful baby. The people also felt sad for the baby because he was an orphan. His father had died before seeing him.

When the visitors left, not one of them realized that this orphan baby was the one chosen to lead them from darkness to light. They did not know that he was the answer to Ibrahim’s prayer the day Ibrahim was ordered to build the Ka`bah:

Our Lord, send unto them a messenger from among themselves to show them your signs, to teach them the Qur’an and wisdom, and to purify them. You are All-Mighty and All-Wise. (Al-Baqarah 2:128)