Story of the Prisoners of the Battle of Badr 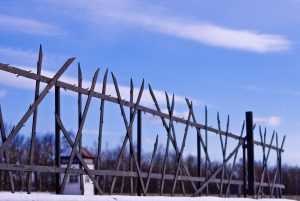 Story of the Prisoners of the Battle of Badr

On their way back to Madinah, at a large sand hill, the Prophet (PBUH) divided the spoils equally among the fighters after he had taken al-khums (one-fifth). When they reached as-Safra’, he ordered that two of the prisoners should be killed. They were an-Nadr ibn al-Harith and ‘Uqbah ibn Abi Mu’ayt, because they had persecuted the Muslims in Makkah, and harboured deep hatred towards Allah and His Messenger (PBUH).

In a nutshell, they were criminals of war in modern terminology, and their execution was an awesome lesson to oppressors. ‘Uqbah forgot his pride and cried out, “Who will look after my children O Messenger of Allah?” The Prophet (PBUH) answered, “The Fire (of Hell).” Did ‘Uqbah not remember the day when he had thrown the entrails of a sheep onto the head of the Prophet (PBUH) while he was prostrating himself in prayer, and Fatimah had come and washed it off him? He had also strangled the Prophet (PBUH) with his cloak if it had not been for Abu Bakr to intervene and release the Prophet (PBUH). The heads of both criminals were struck off by ‘Ali ibn Abi Talib.

The Prophet (PBUH) exhorted the Muslims to treat the prisoners so well to such an extent that the captors used to give the captives their bread (the more valued part of the meal) and keep the dates for themselves.

Prisoners of war constituted a problem awaiting resolution because it was a new phenomenon in the history of Islam. The Prophet (PBUH) consulted Abu Bakr and ‘Umar ibn al-Khattab as to what he should do with the prisoners. Abu Bakr suggested that he should ransom them, explaining this by saying: “They are after all our relatives, and this money would give us strength against the disbelievers, moreover, Allah could guide them to Islam.”

‘Umar advised killing them, saying, “They are the leaders of kufr (disbelief).” The Prophet (PBUH) preferred Abu Bakr’s suggestion to that of ‘Umar’s. The following day, ‘Umar called on the Prophet (PBUH) and Abu Bakr to see them weeping. He showed extreme astonishment and inquired about the situation so that he might weep if it was worth weeping for, or else he would feign weeping.

“It is not for a Prophet that he should have prisoners of war (and free them with ransom) until he had made a great slaughter (among his enemies) in the land. You desire the good of this world (i.e. the money of ransom for freeing the captives), but Allah desires (for you) the Hereafter. And Allah is All-Mighty, All-Wise. Were it not a previous ordainment from Allah, a severe torment would have touched you for what you took.” (Al-Anfal 8:67-68)

“Thereafter (is the time) either for generosity (i.e. free them without ransom) or ransom.” (Muhammad 47:4)

Which included an area providing permission to take ransom, that is why no penalty was imposed. They were rebuked only for taking prisoners before subduing all the land of disbelief. Apart from this, the polytheists taken to Madinah were not only prisoners of war but rather arch-criminals of war whom modern war penal law brings to justice to receive their due sentence of death or prison for life.

The ransom for the prisoners ranged between 4000 and 1000 dirhams in accordance with the captive’s financial situation. Another form of ransom assumed an educational dimension; most of the Makkans, unlike the Madinese, were literate and so each prisoner who could not afford the ransom was entrusted with ten children to teach them the art of writing and reading. Once the child had been proficient enough, the instructor would be set free.

Another clan of prisoners were released unransomed on grounds of being hard up. Zaynab, the daughter of the Prophet (PBUH), paid the ransom of her husband Abul-‘As with a necklace. The Muslims released her prisoner and returned the necklace in deference to the Prophet (PBUH) but on condition that Abul-‘As allow Zaynab to migrate to Madinah, which he actually did.

In captivity, there was also an eloquent orator called Suhayl ibn ‘Amr. ‘Umar suggested that they pull out his front teeth to disable him from speaking, but the Prophet (PBUH) turned down his suggestion for fear Quraysh should retaliate in the same manner on one hand, and on the other for fear of Allah’s Wrath on the Day of Resurrection.

Adopted with editorial adjustments from Ar-Rahiq al-Makhtum (The Sealed Nectar).