The Cambrian Explosion: A Dazzling Variety of Life 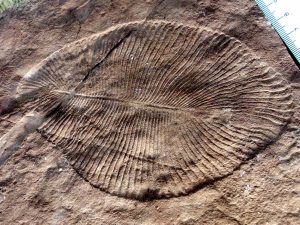 Yet the Cambrian is a period when completely new life forms, with complex anatomies and perfect internal and external features suddenly appeared.

The Cambrian is the oldest known period containing multi-celled organisms with very different and complex structures. The first rock strata belonging to this period were discovered in North Wales by the British geologist Adam Sedgwick in 1835.

What makes the period so important in terms of natural history is the explosive proliferation of new life forms that took place in the transition from the pre-Cambrian to the Early Cambrian. In terms of biological variety and complexity, so great is the difference between the pre-Cambrian and the Cambrian that this phenomenon is described as an explosion, a reference to the sudden coming into existence of living things—the world-wide appearance of complex organisms with no forerunners behind them.

The evolutionist writer Richard Monastersky describes this phenomenon, known in the literature as the “Biological Big Bang”:

Prior to the start of the Cambrian period 544 million years ago, animals had extremely simple bodies capable of limited motion. A zoo at the close of Precambrian time would have displayed a relatively mundane array of creatures related to jellyfish and coral; the star attractions would have been wormlike animals, which distinguished themselves with their ability to slither across the seafloor.

At the beginning of the Cambrian, however, life took a sudden turn toward the complex. In a few million years—the equivalent of a geological instant—an ark’s worth of sophisticated body types filled the seas. This biological burst, dubbed the Cambrian explosion, produced the first skeletons and hard shells, antennae and legs, joints and jaws.

In this period there suddenly appeared some 50 separate phyla, including the 35 phyla existing today. This is most important, because all the features of today’s living things—and of even more extinct ones—first appeared quite suddenly around 530 million years ago. Formerly, it was claimed that 14 more small phyla emerged after the Cambrian. But based on the features they possessed, they were later included in the 35 phyla existing today.

This means that, contrary to Darwinist expectations, there has been no increase in the number of phyla between the Cambrian and the present—and that since some phyla have gone extinct, there has actually been a reduction.

Therefore, the Cambrian Period is more biologically complex than the present—in terms of the fundamental structures that determine phyla.

This conclusion faced by scientists is truly astonishing, because as we have already shown in some detail, organisms consisting of only soft tissues lived shortly before the Cambrian. At that time, all organisms constituted only three phyla. When we look a little further back, however, there was nothing on Earth apart from single-celled organisms. Yet the Cambrian is a period when completely new life forms, with complex anatomies and perfect internal and external features suddenly appeared.

In his book This Is Biology, the evolutionist Ernst Mayr describes the phenomenon this way:

There are indeed many phenomena in the history of life which suggest the actual existence of such an internal cohesion. How else can one explain the virtual explosion of different structural types at the end of the Precambrian and the Early Cambrian? Even in the utterly incomplete fossil record, one can distinguish at that time some 60 to 80 different morphotypes, compared with the 30 or so animal phyla now in existence. … one might almost say experimentally, a high number of new types, some of which were not successful and became extinct, while the remaining ones, represented by the modern chordates, echinoderms, arthropods, and so on, became more and more inflexible. There has not been the production of a single major new body plan since the early Paleozoic. It seems as if the existing ones had “congealed”—that is, had acquired such a firm internal cohesion. . .

In the framework of the basic anatomical designs of the Cambrian Period’s newly emerged forms, Stephen Jay Gould refers to the variety they exhibit:

The sweep of anatomical variety reached a maximum right after the initial diversification of multicellular animals. The later history of life proceeded by elimination, not expansion. The current earth may hold more species than ever before, but most are iterations upon a few basic anatomical designs. (Taxonomists have described more than a half million species of beetles, but nearly all are minimally altered Xeroxes of a single ground plan.) In fact, the probable increase in number of species through time merely underscores the puzzle and paradox. Compared with the Burgess seas, today’s oceans contain many more species based upon many fewer anatomical plans.

The “elimination” to which Gould refers is the sudden appearance of phyla in the Cambrian and the gradual reduction in their numbers. This is a total contradiction of the theory of evolution’s claim that the number of phyla should increase as species increased.

To clarify this with an analogy: Wheeled vehicles, aircraft, and boats are the humans’ main means of transportation. Cars, tractors, hovercraft, and canoes are all subcategories of these. Over the years, there has been an increase in their number and variety. Yet the number of these basic categories—wheeled vehicles, boats, and aircraft—has remained fixed at three.

Snails, trilobites, sponges, worms, jellyfish, starfish, chambered nautiluses and sea lilies, all of which have very different characteristics, left the remains in the fossil record of their bodies 530 million years ago. So perfect and complete are these that large parts of their internal organs and even respiratory systems can be seen just as they were. Their soft tissues are so clear as to reveal their vital systems. The interesting point is that most of the creatures in these strata have structures and advanced physiological traits—eyes, gills, and circulation and excretory systems—that are almost identical to those of organisms today. These fossils in Cambrian rocks are exceedingly complex, with “skeletons for strengthening bodies and attaching muscles; shells for encasing feeding chambers … and hardened devices for rasping and cutting food items.”

Richard Monastersky, a Science News writer, has this to say on the subject:

A half-billion years ago the remarkably complex forms of animals that we see today suddenly appeared. This moment, right at the start of Earth’s Cambrian Period, some 550 million years ago, marks the evolutionary explosion that filled the seas with the world’s first complex creatures. The large animal phyla of today were present already in the early Cambrian and they were as distinct from each other then as they are today.

The British biologist Richard Dawkins, one of the most determined proponents of Darwinism, was forced to admit the implications of the Cambrian:

… the Cambrian strata of rocks, vintage about 600 million years, are the oldest ones in which we find most of the major invertebrate groups. And we find many of them already in an advanced state of evolution, the very first time they appear. It is as though they were just planted there, without any evolutionary history [emphasis added].

Cambrian rocks exhibit two-thirds of the basic body plans of the animal kingdom. These “stony blueprints” are so clear that the mineralized tissues of invertebrates have to a large extent been preserved. As you shall soon see in some detail, the now-extinct trilobites—members of the phylum Arthropoda—were exceedingly complex invertebrates.

Shelled creatures commonly leave more complete traces behind in the fossil record, thanks to their hard structures. In addition, however, remains of soft tissues, perfectly preserved, have also been discovered both in the Burgess Shale formation in Canada and in Chengjiang in China.

In fact, fossils from Chengjiang even reveal the remains of creatures consisting only of soft tissues. These Chengjiang fossils have made possible detailed studies of such important organs as eyes, intestines, stomachs, digestive organs, skin, scales, mouths and even nervous systems.

Evolutionists require evidence of—and time—for any transition between species. So for them, the Cambrian has led to some highly damaging conclusions that present a major challenge to their theory—as even they themselves have been forced to admit.

Because living things did not evolve, but were created, the more that organisms from the Cambrian are studied, the more apparent it becomes that the process of evolution did not actually take place, but is a deceptive 19th-century myth.