The Eye of Habit 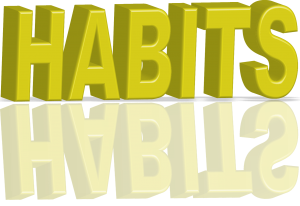 For the majority of people, the same situation applies in many areas of their lives.

When people come across certain things for the first time, they may understand the extraordinary nature of them and this may spur them to further inspect what they see. After a while, however, they develop a habitual resistance to those things and they no longer impress them. In particular, an object or happening they meet every day becomes “ordinary” for them.

For instance, it makes a great impression on some prospective doctors the first time they see a corpse, or the first time one of their patients dies. This makes them ponder deeply. It may be that all of a sudden they face the lifeless, almost stuff-like body of a person, who was, just a few minutes ago, full of life, laughing, making plans, talking, taking pleasure, eyes sparkling with life. The first time a cadaver is laid down in front of them for autopsy, they think over everything they see in that corpse: that the body decays so fast, that a repugnant smell comes out of it, that the hair once so pleasant to look at become so unpleasant that one doesn’t want to touch it, are all subjects they think about. After those they think this: the composition of everyone’s body is the same and everyone will meet the same end, that is, they too will become like this.

Yet, after seeing a couple of cadavers or losing a couple of patients, these people develop a habitual resistance to certain things. They begin to treat cadavers, and even patients, as if they are objects.

Surely, this situation does not hold true for doctors alone. For the majority of people, the same situation applies in many areas of their lives. For example, when a person who lives in difficulty is granted a pleasant life-style, he understands that everything he possesses is a blessing for him. That his bed is more comfortable, his house has a beautiful view, he can buy everything he wants, he can heat his house in winter as he wishes, he can easily move by car, and many other things are all blessings for this person. Thinking of his old state, he rejoices at each of these. Yet someone who possesses these means from birth may not think so much about their worth. So, his appreciation of these blessings does not become possible unless he thinks over them.

For a man who ponders, on the other hand, it makes no difference whether he possesses these blessings from birth or attained them afterwards. He never looks at his possessions in a habitual way. He knows that anything he owns has been created by Allah and Allah may take them back from him if He wills. For example, believers say the following prayer when they mount their riding beasts, that is, their vehicles:

“So that you might sit firmly on their backs and remember your Lord’s blessing while you are seated on them, saying, “Glory be to Him who has subjected this to us. We could never have done it by ourselves. Indeed we are returning to our Lord!”” (Al-Zukhruf: 13-14)

In another verse, it is said that when believers enter their gardens, they remember Allah and say, “It is as Allah wills, there is no strength but in Allah” (Al-Kahf: 39). Whenever they enter their gardens, they think that Allah has created and sustains this garden. On the other hand, a man who does not think may be impressed the first time he sees a beautiful garden, but then it becomes an ordinary place for him. His admiration fades for the beauty therein. Some people do not realise these blessings at all since they do not think. They take these blessings as “usual” and “something that already had to exist”. Therefore, they cannot derive pleasure from their beauty.