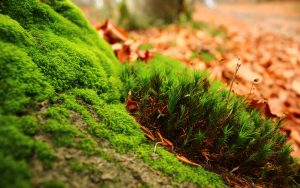 A sneak into the realms of ancient Arabia

There lived the noblest woman of that area

A successful and flourishing entrepreneur

A symbol of elegance and ethical demeanour

Her tradings were in a situation too critical

It was difficult for her in a society so patriarchal

She looked for a man to handle her affairs

A reliable person with no false graces and airs

She entrusted her business to a trustworthy caretaker

A man known for his truthfulness, 15 years younger

A trip abroad, he made her business grow manifold

His sincerity and dedication appealed her to behold

This woman of 40, who was the most sought after

Had turned down every prominent marriage offer

She had ceased to tread that road after being widowed

She had no desire to love again or to be loved

He mysteriously entered her heart and there forever dwelled

She sent him a straight marriage proposal, with no pretense

She was saved for this man by her Creator, in true sense

Who had turned down the wealthy, wished to be his life-partner!

They married and lived together with love and dignity

The most blessed union ever, protected by the Almighty!

They always looked at each-other wanting to satisfy and please

In spite of their age difference they were at complete ease

She respected him beyond words, spent her life and wealth on him

She loved to silently look at him, never raised her voice on him

She mothered all his children – the most righteous progeny

When he lost all his sons in infancy, she soothed his agony

She was his comforter and counsellor who calmed him that night

When he ran into her arms crying “Cover me! Cover me!”

“I am afraid this state of fear, would soon overpower me!”

Wrapped in her comfort, he narrated the incident of Hira

I was squeezed when I pleaded that I could never read

She consoled him saying, “By The One Who has control over my soul

He has chosen you to be the prophet of this mankind as a whole!

Of righteousness and truthfulness, you are an apt example!”

She then took him to her cousin, a scholar of old scriptures

Waraqah gave him glad tidings based on the said features

He confirmed that the experience was of Divine Truth

He was the chosen Last Messenger, The Sealing Prophet!

Then came the beginning of times, too testing and severe

Their Al Ameen, As Sadiq – now they termed him a liar!

Their opposition turned into hatred, they so despised him

He was banished from the city, and she accompanied him

She supported his cause, sacrificing all her wealth

Life filled with hardships took a toll upon her health

She loved him the same till her very last breath

She was put to sleep forever through the Angel of Death

While struggling to spread the Message, he lost his first believer

Standing for his cause of Truth, he lost his staunch supporter

He lost his friend, his counsellor, his ultimate comforter

This loss was so terrible that he feared a lonely tomorrow

Of all the phases in Seerah, he called it “the year of sorrow”

He came across a necklace which this companion had worn

Tears welled up his blessed eyes, his heart did heavily mourn

It signified his emotions that were to her so attached

He missed her so terribly, years after she had passed

“Was your love for that wife greater than it is for all of us?”

He understood her restlessness and replied to console

“She believed in me, with all her mind and soul

She accepted my Message when everyone rejected

When I had no help, she comforted and supported.”

He married many later, but alive she was his only wife

Her companionship is the jewel that adorns all his life

She left him in this Duniya, as destined by Allah

Assuring a promised reunion, in His eternal Jannah.

This love story, which is so endearing to recall

Glorified through centuries, greatest of them all!

These sacrifices many and the selfless love of Khadijah

Remain cemented in the blessed heart of Muhammed Mustafa