The Greatest Prophets between Christianity and Islam: 12-Prophet Jonah 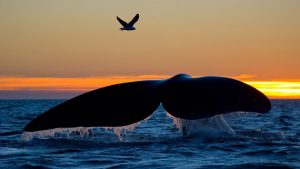 Prophet Jonah’s story starts from the first verse in the first chapter of the Book of Jonah. We read: Now the word of the LORD came unto Jonah the son of Amittai, saying, “Arise, go to Nineveh, that great city, and cry out against it; for their wickedness has come up before Me.” (Jonah 1:1-2)

It ends at the last verse of the fourth chapter of the Book of Jonah. We read: And should not I spare Nineveh, that great city, wherein are more than sixscore thousand persons who cannot discern between their right hand and their left hand, and also many cattle? (Jonah 4:11)

In the Qur’an, there is a chapter dealing with Prophet Jonah’s story. That is why it is named after him “Chapter of Jonah” (Surat Yunus). Some of its verses present the story of Prophet Jonah.
In this chapter, we read:

And why was there not a town which believed, so that their belief should have profited them, but the people of Jonah? When they believed, We removed from them the chastisement of disgrace in this world’s life, and We gave them provision for a while. (Yunus 10:98)

Other details of Prophet Jonah’s story are also given in other chapters of the Qur’an, like Al-Anbiyaa’, As-Saffat and Al-Qalam.

In Al-Anbiyaa’, we read:

And [mention] the man of the fish, when he went off in anger and thought that We would not decree [anything] upon him. And he called out within the darknesses, “There is no deity except You; exalted are You. Indeed, I have been of the wrongdoers.” So We responded to him and saved him from the distress. And thus do We save the believers. (Al-Anbiyaa’ 21:87-88)

In As-Saffat, we read:

And indeed, Jonah was among the messengers. [Mention] when he ran away to the laden ship. And he drew lots and was among the losers. Then the fish swallowed him, while he was blameworthy. And had he not been of those who exalt Allah, He would have remained inside its belly until the Day they are resurrected. But We threw him onto the open shore while he was ill. And We caused to grow over him a gourd vine. And We sent him to [his people of] a hundred thousand or more. And they believed, so We gave them enjoyment [of life] for a time. (As-Saffat 37:139-148)

In Al-Qalam, we read:

Then be patient for the decision of your Lord, [O Muhammad], and be not like the companion of the fish when he called out while he was distressed. If not that a favor from his Lord overtook him, he would have been thrown onto the naked shore while he was censured. And his Lord chose him and made him of the righteous. (Al-Qalam 68:48-50)

Though Prophet Jonah is blamed for disobeying God’s commands in the Qur’an, it still honors and praises him. For example, the Qur’an tells us that Prophet Jonah was one of those preferred over worlds. We read:

And Ishmael and Elisha and Jonah and Lot – and all [of them] We preferred over the worlds. (Al-An`am 6:86)

The details of Prophet Jonah’s story in the Qur’an are remarkably similar to their counterparts in the Bible, but there are more details in the Bible.

It is not strange that we find some prophet stories in the Bible and the Qur’an relatively identical given the identity of the source of both. It would have been rather strange to find them totally dissimilar.

Also, it is not curious to have more details about those stories in one scripture than the other. It is observable that the Bible often gives further details more than the Qur’an.

No wonder, the Qur’anic rhythm is more concise for the facilitation of recitation and memorization. On the other hand, the Bible does not take brevity into consideration. It gives such minor details which a reader may not need for the purposes of either worship or information.