The Greatest Prophets between Christianity and Islam: 20-Prophet Yahya (John) 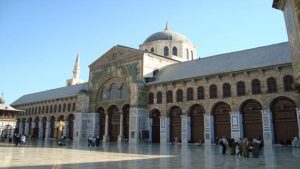 Prophet Yahya (John) was the son of Prophet Zechariah and the first or second cousin (son of the maternal aunt) of Jesus.

Prophet Yahya and his father Zechariah are the key to the sound knowledge of Jesus in the light of both the Bible and the Qur’an.

Let’s know more about Prophet Yahya’s character in Christianity and Islam. It is recommended to have a look at Prophet Zechariah’s story as well, for it is an integral part of Prophet Yahya’s story.

Prophet Yahya or John the Baptist in Christianity

While the biography of John the Baptist is given in the Bible to pave the way for believing in Jesus’ divine sonhood and divinity, it, on the contrary, involves conclusive evidence against Jesus’ divinity.

Thereupon, Elizabeth conceived John the Baptist and then Mary conceived Jesus in the same way despite of the impossibility of pregnancy for both. Not only was Elizabeth an old woman but also barren. Mary was a virgin maid whose fiancé had not consummated his marriage with her yet. About that, in the Bible, we read:

The angel replied to her: “The Holy Spirit will come upon you, and the power of the Most High will overshadow you. Therefore, the holy one to be born will be called the Son of God. “And consider your relative Elizabeth—even she has conceived a son in her old age, and this is the sixth month for her who was called childless. For nothing will be impossible with God.” (Luke 1:35-37)

Another proof against Jesus’ divinity in the biography of John the Baptist is sharing the call to the worship of and prayer to God alone without partners rather than preaching worship of or prayer to themselves.

And it came to pass that as He was praying in a certain place, when He ceased, one of His disciples said unto Him, “Lord, teach us to pray as John also taught his disciples.” And He said unto them, “When ye pray, say: Our Father who art in Heaven, hallowed be Thy name. Thy Kingdom come. Thy will be done, as in Heaven, so on earth…” (Luke 11:1-2)

The Qur’an honors and praises Prophet Yahya in several positions. He is described as “confirming a word from Allah, honorable, abstinent and a prophet from among the righteous.” We read:

At that, Zechariah called upon his Lord, saying, “My Lord, grant me from Yourself a good offspring. Indeed, You are the Hearer of supplication.” So the angels called him while he was standing in prayer in the chamber, “Indeed, Allah gives you good tidings of Yahya (John), confirming a word from Allah and [who will be] honorable, abstaining [from women], and a prophet from among the righteous.” (Aal `Imran 3:38-39)

Prophet Yahya is also described as one of the righteous. We read:

And Zechariah and Yahya (John) and Jesus and Elias. Each one (of them) was of the righteous. (Al-An`am 6:85)

The Qur’an tells us that Prophet Yahya was given judgment when he was still a boy. We read:

[Allah] said, “O Yahya (John), take the Scripture with determination.” And We gave him judgement [while yet] a boy (Maryam 19:12)

The Qur’an praises Prophet Yahya as a member of Zechariah’s household. They are described as “hastening to good deeds” and “supplicating and submitting to God”. We read:

And [mention] Zechariah, when he called to his Lord, “My Lord, do not leave me alone [with no heir], while you are the best of inheritors.” So We responded to him, and We gave to him Yahya (John), and amended for him his wife. Indeed, they used to hasten to good deeds and supplicate Us in hope and fear, and they were to Us humbly submissive. (Al-Anbiyaa’ 21:89-90)

According to Islam, Prophet Yahya is the first or second cousin (son of maternal aunt) of Jesus. Malik ibn Sa`sa`h quoted Prophet Muhammad as saying:

“When I went over the second heaven, there I saw Yahya (i.e. John) and `Esa (i.e. Jesus) who were cousins of each other. Gabriel said (to me), ‘These are John and Jesus; pay them your greetings.’ So I greeted them and both of them returned my greetings to me and said, ‘You are welcomed, O pious brother and pious Prophet.’…” (Al-Bukhari)

In Islam, Yahya and Jesus are prophets without discrimination. About the prophethood of John the Baptist, in the Bible, Prophet Zechariah is quoted as saying: “And you, child, will be called a prophet of the Most High, for you will go before the Lord to prepare his ways.” (Luke 1:76)

Click here to read Prophet Zechariah’s story for it is an integral part of Prophet Yahya’s story!