The Intention and Its Relation to Acceptance of Deeds

For actions to be accepted and rewarded by Allah there are two crucial prerequisites:

(1) Sincerity or having a valid intention

(2)  Performing the action properly, namely, performing it according to the way the Prophet (peace and blessings of Allah be upon him) did it.

This article will mainly discuss the first prerequisite. 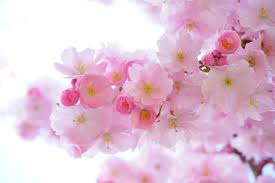 It is obligatory for every Muslim before observing an act of worship to make sure that the intention is purely sincere for the sake of Allah.

It is obligatory for every Muslim before observing an act of worship to make sure that the intention is purely sincere for the sake of Allah. Sincerity is the criterion that is used here to evaluate and judge one’s internal actions i.e. actions of the heart. Allah says,

“Though they were not commanded but to worship (One) God making the (practice of their) religion (pure and) sincere to Him (alone), being ever upright (of heart)” (Quran 98:5)

The difference between the two prerequisites:

The place of the intention is the heart, so it is only Allah Who knows what is in the hearts. Moreover, no one can tell whether an action is valid or invalid provided that the other external prerequisites are met. It is the external elements of an action that allow a certain person to judge a certain act. So, Scholars can judge people’s actions according to only prerequisite two mentioned above. The person may perform a deed that is apparently good or valid, but in reality it misses the good intention. That’s why it is not acceptable.

In the Hereafter, Allah will reward or punish people according to what they harbor in their hearts. Allah says,

“Does he not, then, know that when all that is in the graves is unearthed, and all that is (harbored) within the breast (of people) is collected” (Quran 100:9-10)

The greatest hadith related to intention or sincerity:

Indeed, it is not appropriate to write about sincerity or intention without referring to the following hadith:

It is narrated on the authority of ‘Umar ibn al-Khattab (May Allah be pleased with him) who said: I heard the Messenger of Allah (peace and blessings of Allah be upon him) say:

This is one of the greatest hadiths to the extent that some scholars consider it to be one third of the knowledge of Islam. One explanation for this is that people use three things to perform an act of worship: the heart, the tongue and the limbs. In addition, this hadith is related to all the rulings of Islam and fiqh (jurisprudence) and the principles of the Sunnah.  “If anyone wants to write a book (related to hadith or Islamic sciences), he or she should start with the hadith that is related to intentions”, the great scholar of hadith, ‘Abd al-Rahman ibn Mahdi said. This highlights the importance of this hadith as all acts of worship require a good intention.

As for the meaning of this vital principle (“Actions are judged by intentions”), it is as follows. Whether an action is accepted, valid and rewarded or not depends on the validity of the intention. Another meaning is that it is the intention that drives a person to perform a certain act. However, the first meaning is the preferred one.

How to observe the niyyah (intention):

1. To intend to do a certain act of worship

The meaning of “intention” here requires a person to specify whether a certain act is compulsory or recommended or for example to specify whether one is going to perform the Dhuhr (the noon prayer) or ‘Asr (the afternoon prayer). This sometimes helps to differentiate between acts of worship and habits. Thus, anyone wants to take a bath, he or she has to specify whether this is a ritual bath for removing major ritual impurity or a usual bath taken for just personal hygiene. This is the most common meaning used among jurists.

2. To intend to do a certain act for the sake of Allah

Here one must specify whether he or she is going to perform a certain act of worship for the sake of Allah or not. This is the most common meaning used by early scholars. Allah says,

3. To intend to do a certain act out of obedience to Allah

It is absolutely perfect if one observes those three elements of intention before all acts of worship.

Areas where the above mentioned hadith can be applied:

It is known that intention is compulsory before performing an act of worship. Permissible deeds can be included in the application of that hadith. If one for example eats with the intention of having more energy or being more active to observe the rites of worship, he or she will be rewarded for that. Allah says,

“Say (to them): Indeed, my Prayer and my rites (of worship) and my life and my death are for God (alone), Lord of (All) the Worlds. No partner is there for Him. And to this I have been commanded. Moreover, I am the foremost of those who are Muslims, in willing submission to God (alone).” (Quran 6:162-163)

Actions of hearts are another area where intention can be observed. For instance, being patient should be solely for the sake of Allah. Allah says,

“These (are the ones who) endure (distress and duties) with patience, seeking (only) the Face of their Lord.” (Quran 13:22)

Is it correct to utter the niyyah (intention) verbally?

The preferred opinion is that it is not obligatory to utter the niyyah verbally as there is no proof from the Quran or the Sunnah that denotes that the Prophet (peace and blessings of Allah be upon him) used to do this.