The Mother-of-pearl and Damage Decrease 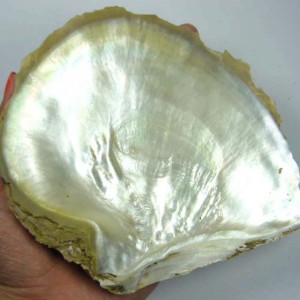 This special damage decreasing structure of the mother-of-pearl has become a subject of research for many scientists.

The Mother-of-pearl and Damage Decrease

In the development of materials to be used in the production of strong impellers in jet engines, the mother-of-pearl’s structure is imitated. 95% of the mother-of-pearl on the inner layer of many shellfish’s shells is chalk, but mother-of-pearl is 3,000 times stronger than chalk thanks to its composite structure. When this structure is examined, it is seen that microscopic tablets, only eight microns (1 micron=10–6 meters) in width and one half of a micron in depth, are arranged as layers. These tablets are a dense, shiny crystalline form of calcium carbonate. But the combination of these tablets is only possible with a silk-like sticky protein.

This combination ensures a two-way hardness. First, the breaks that form when a heavy load is placed on the mother-of-pearl naturally moves along the thinnest layers, yet they change direction when they try to pass the protein layers. This distributes the applied force and thus a complete break-up is prevented. A second strengthening factor is that the protein layers tighten along the cracks when a crack is formed. By means of this tension, the energy that will resume the break is dispersed.

This special damage decreasing structure of the mother-of-pearl has become a subject of research for many scientists. The fact that matter in nature has gained resistance with such intelligent methods points to the existence of the Owner of a superior intelligence. As can be seen from this example, Allah shows us His existence and the evidences of the superior strength and mightiness in His Creation with His infinite knowledge and intelligence. Therefore, the praise for the order here is for Allah, as it is in all things. In one verse, Allah reveals as such: