The Preservation of Private Sanctities in Islam 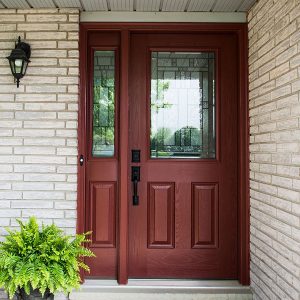 ‘If anyone of you seeks permission thrice and is not answered, he should return.’

Islam urged the preservation of sanctities with all their different social forms, including preserving the tongue from backbiting and talebearing as well as preserving lives, properties, and honors. The Prophet (peace be upon him) said:

“O you people who believe with their tongues while faith has not entered their hearts, do not backbite the Muslims and do not pursue their faults. Whoever pursues the faults of his Muslim brother, Allah Almighty will pursue his faults. If Allah pursues his faults, He will expose him even if he would hide inside his house.”

In the framework of securing a safe life for all Muslims, Islam prohibited entering houses before obtaining the permission of their owners. Allah Almighty says (what means):

“O you who have believed, do not enter houses other than your own houses until you ascertain welcome and greet their inhabitants. That is best for you; perhaps you will be reminded. And if you do not find anyone therein, do not enter them until permission has been given you. And if it is said to you, “Go back,” then go back; it is purer for you. And Allah Is Knowing of what you do.” (Al-Nur 24: 27-28)

The Messenger of Allah (peace be upon him) used to teach his noble companions the way to seek permission and urge and order them to do it.

It is narrated on the authority of `Abdullah ibn Qais that he said: “I heard the Messenger of Allah (peace be upon him) saying: ‘If anyone of you seeks permission thrice and is not answered, he should return.’” (Ahmad, Abu Dawud, and Al-Tirmidhi)

Moreover, the care of our upright Shari`ah about the sanctity of houses and preserving them reached to such an extent, that it stipulated among the etiquettes of seeking permission, that the one who is doing so should not stand directly in front of the door of the house, but that he should rather stand on its side in order to avoid seeing anything that the residents of the house might dislike being seen. It is narrated that `Abdullah ibn Busr said: “When the Prophet (peace be upon him) visited a house, he would not stand directly in front of the door, but he would stand at one side until being granted permission.” (Abu Dawud)

If one seeks to violate the sanctities of houses and deliberately looks inside them without the permission of their owners, Islam allows deterring him from this path. Abu Hurairah narrated that the Messenger of Allah (peace be upon him) said: “If someone is peeping (looking secretly) into your house without your permission, and you throw a stone at him and cause his eye to gouge out, there will be no blame on you.” (Al-Bukhari and Muslim)

Furthermore, Islam enjoined preserving sanctities in absence and imposed rights for the absent person like those of the present. It is narrated on the authority of Anas that the Messenger of Allah (peace be upon him) said: “If one supports his brother when he is absent, Allah Almighty will support him in the life of this world and the Hereafter.” (Al-Baihaqi)

Finally, Islam also prohibits spying, forbids pursuing the faults of people, and makes this detestable to the believers. Rather, the noble approach of Islam reached such an extent that it orders the Muslim to conceal what he happens to see of the Muslims’ shortcomings and to hide the secrets he knows about them so that the sanctities of people remain protected. It is narrated on the authority of Abu Hurairah that the Prophet (peace be upon him) said: “Whoever conceals a slave in the life of this world, Allah Almighty will conceal him on the day of Judgment.”