The Real Cause of Man’s Distress 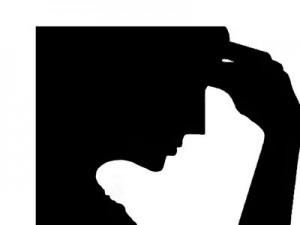 As the saying goes: “No man is an Island”; none of us exists independently; each one of us is a part of the grand system, like parts of a machine.

For every one of us, therefore, these realities are as relevant and fundamentally important as they are for the world as a whole. Each of us is perplexed as to why human life is so lacking in peace and security.

Why are we so frequently faced with such troubles and hardships?

Why have our systems and laws gone awry?

We are forever seeing nations falling foul of one another, country struggling against country, men tearing one another apart like wolves. Millions of people are being killed, wounded, or displaced by war. Homes are being destroyed, and property and businesses worth billions of pounds are being devastated.

The strong is crushing the weak; the rich is exploiting the poor, governments are tyrannical and oppressive, and the so-called guardians of law and order are corrupt and unjust. The rich man is intoxicated by his wealth and the man in authority is consumed with arrogance. There is no loyalty in friendship, and promises are easily broken. Morals are unknown and godlessness prevails, even under the guise of religion.

Why is Man Suffering?

Man has lost faith in man; humanity is divided into countless groups, parties, tribes, each of which is trying to harm others by force, by fraud, by whatever means it has at its disposal – as if this were the correct way, indeed the only way to conduct one’s affairs.

What is the root cause of all these troubles? Beyond the human realm, we find perfect tranquility. The stars, air, water, trees and animals are at peace, obediently following the laws laid down for them. The rest of creation is running smoothly, showing no sign of indiscipline or disorder; why is human life deprived of this blessing? This is a very important, but difficult, question.

Most people find it deeply disturbing and baffling, but the answer is not so hard to find. My analysis of the situation, which may give you food for thought, is this: Man is suffering because he has adopted a way of life at variance with truth and reality. Unless he brings his life into line with truth and reality, he will never know peace.

When you fell from the speeding train, your fate would be inevitable, even if you were to continue to nurse your delusion along with your broken limbs.

Similarly, if you persuade yourself that this world is without a divine master, or choose to believe in a deity other than the one God, or even declared yourself to be divine, this would not change reality. God would still be the Lord and Master of the universe, and His vast realms, of which you occupy the smallest part where you live as His subject, would still remain under His control. Only you would have to pay the consequences for the unsound way of life which you adopt because of your delusion, even if you continue to regard it as correct and proper.

It should be clear that God has not been made the Lord and Master of the universe by any external force. He is the Sovereign of the universe in His own right, and His Sovereignty does not depend upon your recognition. His Sovereignty depends upon His own strength. He has created you as well as the universe. The earth, the sun, the moon and the rest of creation, and all the forces in it, are subject to His command. All the things that help to keep you alive are under His control. Your very existence depends entirely on His will.

The Choice is Yours

These are hard facts, which you cannot change by any means. You may refuse to recognize them, you may close your eyes to them, you may explain them away in any manner you like, but they will still remain as they are. Your refusal to accept these realities will make no difference to them whatsoever, but it will have an effect on you.

If you accept these realities, and recognize your own position in the scheme of things, you will be able to order your life accordingly, and live in peace and contentment. If, however, you reject these realities and try to assume a position which you are not really entitled to, you will meet a fate not very different from that of the person who mistakes the door of a railway carriage for his own front door. You will inevitably hurt yourself, you may even lose your life, but the reality will remain unchanged.

What, then, is our proper position in the light of these realities? What is the position of the servant vis-a-vis the master? Is he not duty bound to obey the master’s commands, to carry out his wishes, and not to overstep the bounds of his position as a servant? The servant’s job is to serve. The subordinate officer’s job is to carry out the order of his superiors and not try to assume the position of a general himself.

If you own a piece of land or property, you will want to see that it is managed precisely according to your wishes – this is your right. If you lived in a country where all power is concentrated in the hands of a monarch or ruler, what would your position be in relation to his? Surely you would be expected to live peacefully as a law-abiding citizen. If you decided to assume power yourself, would you not be regarded as a rebel and a traitor?

These examples make it clear to us what our position is in the realms of the universe, where the Sovereign is Almighty God. It is He who has created us, and our only duty is to live and act in accordance with the will of our Creator. It is He who sustains and feeds us from His treasury.

Our position is that of a servant, and we have no rights beyond that. God is the supreme sovereign of the whole world, including our own selves, and we can have no other status except that of the subjects of the sovereign. The heavens and the earth are all His property, and should be administered and managed according to His will. We have no business to try and run the world according to our own wishes and desires, independent of Him; if we try to do so, we are bound to suffer grievously.

God’s sovereignty over the universe exists by virtue of His own power and authority. The heavens and the earth are all within His power. No human being can claim any other status except that of His subject. His law is the law of the universe and His command alone is worthy of obedience. None of His subjects has the right to assume for himself the position of a sovereign ruler. No individual or legislative body has the right to make laws according to their whims or desires, and call upon the subjects of God to follow that law rather than the Divine law.

No government has the right to enforce its own authority and require people to obey its own commands rather than the Divine injunctions. No individual or group has the right to recognize the rule of any of the pretenders to power in preference to the rule of the true sovereign, to reject the laws of God and accept those made by human law-makers, to reject the commands of a legitimate ruler, or to obey an illegitimate, self-appointed ruler. False claims of sovereignty and recognition of these claims all amount to acts of manifest rebellion, and guilty parties are bound to be punished sooner or later.

Each and every one of us is under God’s control, and He can call any of us back to Him whenever He wills. None has the power to escape the reach of His Law. After death, our bodies may be buried, or burnt, or otherwise reduced to “dust” and “ashes”, yet we will never escape the long arm of the Divine Law. The entire universe is under His control, and even if the particles of our bodies are scattered throughout the world, as soon as He wills it, we will be brought before Him and asked.

Courtesy www.islamicstudies.info with slight modifications though  keeping the original title: The Real Cause of Man’s Distress.

Abul A`la Mawdudi (1903-1979) was one of the most eminent Islamic thinkers, reformers, and scholars of the last century. His thought has spread all over the world and greatly influenced the work of Islamic da`wah. His books and articles covered most topics that needed guidance for the revival of Islam. He also wrote many articles on the critique of the Western thought and strategy of Islamic da`wah which were published in the journal he started in 1932 called Tarjuman al-Qur’an.