The Secret World: The Microscopic Life 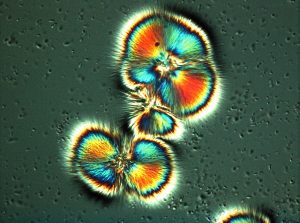 Fourteen centuries ago, the Qur’an indicated the existence of living things beyond those which can be seen with the naked eye.

“Glory be to Him Who created all the pairs: from what the earth produces and from themselves and from things unknown to them.” (Ya-sin 36: 36)

“… He is the Knower of the Unseen, Whom not even the weight of the smallest particle eludes, either in the heavens or in the earth; nor is there anything smaller or larger than that which is not in a Clear Book.” (Saba’ 34:3)

“… Not even the smallest speck eludes your Lord, either on earth or in heaven. Nor is there anything smaller than that, or larger, which is not in a Clear Book.” (Yunus 10:61)

There are 20 times more members of this secret world, which is spread all over the planet, micro-organisms in other words, than there are animals on Earth. These micro-organisms, invisible to the naked eye, comprise bacteria, viruses, fungi, algae and Acarina (mites and ticks). They also constitute an important element in the balance of life on Earth. For example, the nitrogen cycle, one of the fundamental components of the formation of life on Earth, is made possible by bacteria. Root fungi are the most important element in plants being able to take up minerals from the soil. The bacteria on our tongues prevent us being poisoned by food containing nitrates, such as salad stuffs and meat. At the same time, certain bacteria and algae possess the ability to make photosynthesis, the fundamental element in life on Earth, and share that task with plants. Some members of the Acarina family decompose organic substances and turn them into foodstuffs suitable for plants. As we have seen, these tiny life forms, about which we have only learned with modern technological equipment, are essential to human life.

Fourteen centuries ago, the Qur’an indicated the existence of living things beyond those which can be seen with the naked eye. This is another spectacular miracle contained within the verses of the Qur’an.