The Status of Women in Islam: (Part 6: The Political Aspect)

The Status of Women in Islam: The Political Aspect 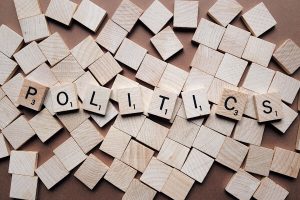 Islam gave women the right of election as well as the nomination to political offices.

Any fair investigation of the teachings of Islam or into the history of the Islamic civilization will surely find a clear evidence of woman’s equality with man in what we call today “political rights”.

This includes the right of election as well as the nomination to political offices. It also includes woman’s right to participate in public affairs.

Both in the Quran and in Islamic history we find examples of women who participated in serious discussions and argued even with the Prophet (peace be upon him) himself, (see Quran 58:14 and 60: 0-12).

During the Caliphate of Umar Ibn Al-Khattab, a woman argued with him in the mosque, proved her point, and caused him to declare in the presence of people: “A woman is right and Umar is wrong.”

Can a Woman Be the Head of a State?

Although not mentioned in the Quran, one Hadith of the Prophet is interpreted to make woman ineligible for the position of head of state.

The Hadith referred to is roughly translated: “A people will not prosper if they let a woman be their leader.”

This limitation, however, has nothing to do with the dignity of woman or with her rights. It is rather, related to the natural differences in the biological and psychological make-up of men and women.

According to Islam, the head of the state is no mere figurehead. He leads people in the prayers, especially on Fridays and festivities; he is continuously engaged in the process of decision-making pertaining to the security and well-being of his people.

This demanding position, or any similar one, such as the Commander of the Army, is generally inconsistent with the physiological and psychological make-up of woman in general.

Physiological and Psychological Changes of Women

It is a medical fact that during their monthly periods and during their pregnancies, women undergo various physiological and psychological changes. Such changes may occur during an emergency situation, thus affecting her decision, without considering the excessive strain which is produced.

Moreover, some decisions require a maximum of rationality and a minimum of emotionality – a requirement which does not coincide with the instinctive nature of women.

Even in modern times, and in the most developed countries, it is rare to find a woman in the position of a head of state acting as more than a figurehead, a woman commander of the armed services, or even a proportionate number of women representatives in parliaments, or similar bodies.

One cannot possibly ascribe this to backwardness of various nations or to any constitutional limitation on woman’s right to be in such a position as a head of state or as a member of the parliament.

It is more logical to explain the present situation in terms of the natural and indisputable differences between man and woman, a difference which does not imply any “supremacy” of one over the other.

The difference implies rather the “complementary” roles of both the sexes in life.

The Status of Women in Islam: (Part 5: The Economic Aspect)