The Temporary Nature of Life 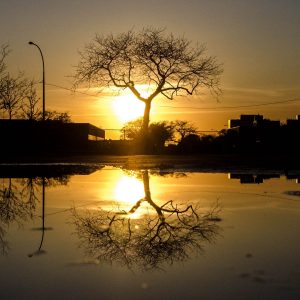 The life of this world is a trial for humanity. Though God has created countless allurements for man in this world, He has also warned him against becoming overly concerned by them and forgetting God and His religion. In a verse of the Qur’an, God states that the ostentation of this world is temporary and that the real pleasure is Paradise, as reward for God’s contentment:

“We made everything on the earth adornment for it so that We could test them to see whose actions are the best.” (Al-Kahf: 7)

“Know that the life of the world is merely a game and a diversion and ostentation and a cause of boasting among yourselves and trying to outdo one another in wealth and children: like the plant-growth after rain which delights the cultivators, but then it withers and you see it turning yellow, and then it becomes broken stubble. In the hereafter, there is terrible punishment but also forgiveness from God and His good pleasure. The life of the world is nothing but the enjoyment of delusion.” (Al-Hadid: 20)

While the believer also enjoys those blessings that are described as the pleasures of this world, unlike the disbeliever, he does not consider them the purpose of his life. He may desire to possess them, but only for the purpose of giving thanks to God, and to use them to earn God’s consent. He does not pursue out of greed. Because, he knows that that which is of this world is short-lived, just as is his own life. He knows that, after his death, such things will be of no benefit to him. Furthermore, he knows that if he pursues only worldly things, at the expense of nobler goals, for them he sacrifices his hereafter. In a verse of the Qur’an, this important truth is related as follows:

“To mankind, the love of worldly appetites is painted in glowing colors: women and children, and heaped-up mounds of gold and silver, and horses with fine markings, and livestock and fertile farmland. All that is merely the enjoyment of the life of the world. The best homecoming is in the presence of God.” (Aal `Imran: 14)

The allure of the things of this world is an essential factor in the test placed upon man in this world. The Satan resorts relentlessly to allurements in his attempts to deceive man. Believers, however, are those people who, though they may be attracted to such allurement, are aware of their true worth. Cognizant that these are the temporary blessings of this world, and that by them they are being tested, the deceptive attraction of these things does not delude them. For this reason, they are not deceived by the Satan and are able to save themselves from eternal torment. In the Qur’an, God warns mankind as follows:

On the other hand, those who are without faith, and thus are bereft of wisdom, feel an inner inclination to this world. Under Satan’s influence, they make the attainment of the temporary goods of this world the ultimate purpose of their lives. The condition of such people is stated as follows:

“No indeed! But you love this fleeting world and you disregard the hereafter.” (Al-Qiyamah: 20-21)