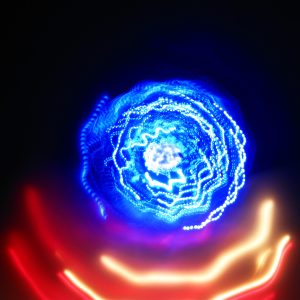 The Myth of the “Self-Organization of Matter”

Quite aware that the second law of thermodynamics renders evolution impossible, some evolutionist scientists have made speculative attempts to square the circle between the two, in order to be able to claim that evolution is possible.

The two most important theories that emerged as a result of that aim were the theory of “self-organization” and the related theory of “dissipative structures.”  The first of these maintains that simple molecules can organize together to form complex living systems; the second claims that ordered, complex systems can emerge in unordered, high-entropy systems.

If we look carefully at all the evolutionist literature on this issue, we can see that they have fallen into a very important trap. In order to make evolution fit in with thermodynamics, evolutionists are constantly trying to prove that a given order can emerge from open systems.

Their problem lies in the — sometimes deliberate — confusing of two distinct concepts: “ordered” and “organized.”

We can make this clear with an example. Imagine a completely flat beach on the seashore. When a strong wave hits the beach, mounds of sand, large and small, form bumps on the surface of the sand. 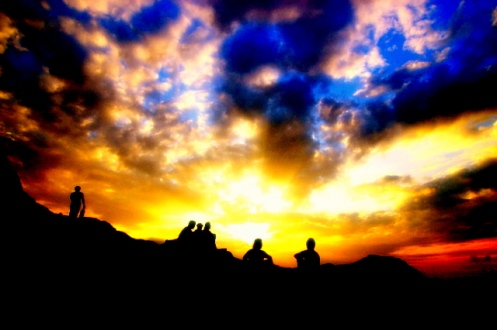 This is a process of “ordering.” The seashore is an open system, and the energy flow (the wave) that enters it can form simple patterns in the sand, which look completely regular. From the thermodynamic point of view, order can be set up where before there was none. But we must make it clear that those same waves cannot build a castle on the beach. If we see a castle there, we are in no doubt that someone has constructed it, because the castle is an “organized” system. In other words, it possesses a clear design and information. Every part of it has been made by a conscious entity in a planned manner.

The difference between the sand and the castle is that the former is an organized complexity, whereas the latter possesses only order, brought about by simple repetitions. The order formed from repetitions is as if an object (in other words the flow of energy entering the system) had fallen on the letter “a” on a typewriter keyboard, writing “aaaaaaaa” hundreds of times. But the string of “a”s in an order repeated in this manner contains no information and no complexity. In order to write a complex chain of letters actually containing information (in other words a meaningful sentence, paragraph or book), the presence of intelligence is essential. 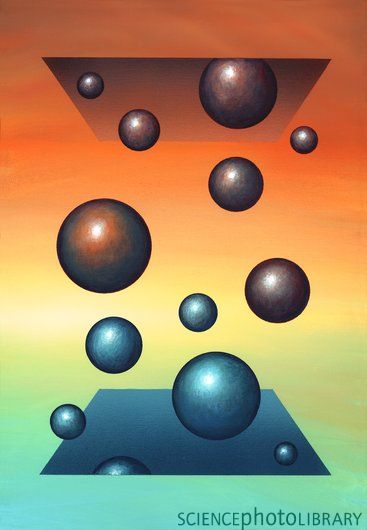 The same thing applies when a gust of wind blows into a dusty room. When the wind blows in, the dust which had been lying in an even layer may gather in one corner of the room. This is also a more ordered situation than that which existed before, in the thermodynamic sense, but the individual specks of dust cannot form a portrait of someone on the floor in an organized manner.

This means that complex, organized systems can never come about as the result of natural processes. Although simple examples of order can happen from time to time, these cannot go beyond certain limits.

But evolutionists point to this self-ordering which emerges through natural processes as a most important proof of evolution, portray such cases as examples of “self-organization.” As a result of this confusion of concepts, they propose that living systems could develop of their own accord from occurrences in nature and chemical reactions. The methods and studies employed by Prigogine and his followers, which we considered above, are based on this deceptive logic. 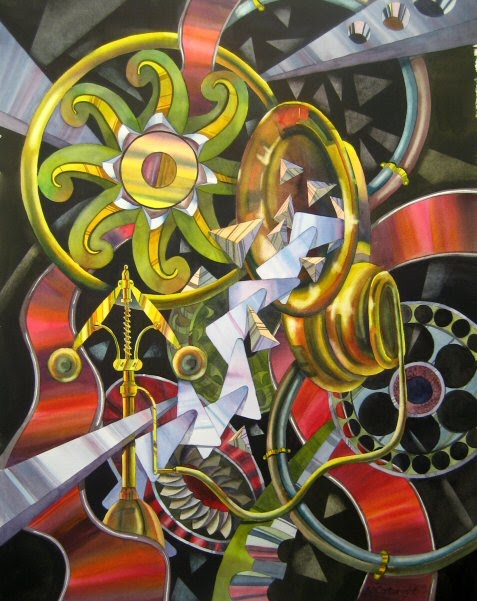 However, as we made clear at the outset, organized systems are completely different structures from ordered ones. While ordered systems contain structures formed of simple repetitions, organized systems contain highly complex structures and processes, one often embedded inside the other. In order for such structures to come into existence, there is a need for consciousness, knowledge, and planning. Jeffrey Wicken, an evolutionist scientist, describes the important difference between these two concepts in this way:

‘Organized’ systems are to be carefully distinguished from ‘ordered’ systems. Neither kind of system is ‘random,’ but whereas ordered systems are generated according to simple algorithms and therefore lack complexity, organized systems must be assembled element by element according to an external ‘wiring diagram’ with a high information content. The organization, then, is functional complexity and carries information.[1]

Ilya Prigogine—maybe as a result of evolutionist wishful thinking— resorted to a confusion of these two concepts, and advertised examples of molecules which ordered themselves under the influence of energy inflows as “self-organization.”

The American scientists Charles B. Thaxton, Walter L. Bradley, and Roger L. Olsen, in their book titled The Mystery of Life’s Origin, explain this fact as follows:

In each case, random movements of molecules in a fluid are spontaneously replaced by a highly ordered behavior. Prigogine, Eigen, and others have suggested that a similar sort of self-organization may be intrinsic in organic chemistry and can potentially account for the highly complex macromolecules essential for living systems. But such analogies have scant relevance to the origin-of-life question. A major reason is that they fail to distinguish between order and complexity… Regularity or order cannot serve to store a large amount of information required by living systems. A highly irregular, but specified, structure is required rather than an ordered structure. This is a serious flaw in the analogy offered. There is no apparent connection between the kind of spontaneous ordering that occurs from energy flow through such systems and the work required to build aperiodic information-intensive macromolecules like DNA and protein.[2] 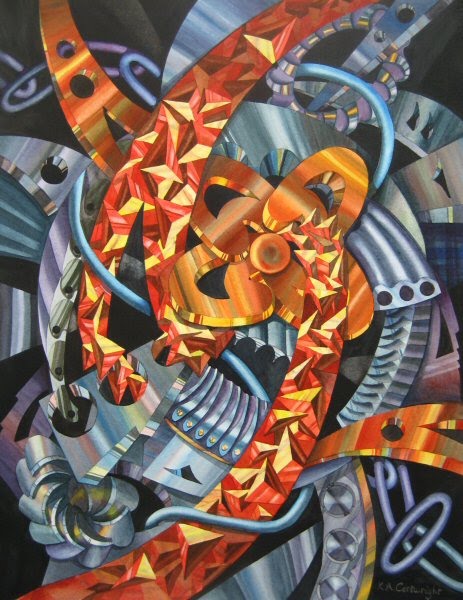 And this is how the same scientists explain the logical shallowness and distortion of claiming that water turning into ice is an example of how biological order can spontaneously emerge:

It has often been argued by analogy to water crystallizing to ice that simple monomers may polymerize into complex molecules such as protein and DNA. The analogy is clearly inappropriate, however… The atomic bonding forces draw water molecules into an orderly crystalline array when the thermal agitation (or entropy driving force) is made sufficiently small by lowering the temperature. Organic monomers such as amino acids resist combining at all at any temperature, however, much less some orderly arrangement.[3]

Ilya Prigogine, one of the most famous proponents of self-organization, devoted his whole career to reconciling evolution and thermodynamics, but even he admitted that there was no resemblance between the crystallization of water and the emergence of complex biological structures:

The point is that in a non-isolated system there exists a possibility for formation of ordered, low-entropy structures at sufficiently low temperatures. This ordering principle is responsible for the appearance of ordered structures such as crystals as well as for the phenomena of phase transitions. Unfortunately, this principle cannot explain the formation of biological structures.[4]

In short, no chemical or physical effect can explain the origin of life, and the concept of “the self-organization of matter” will remain a fantasy. 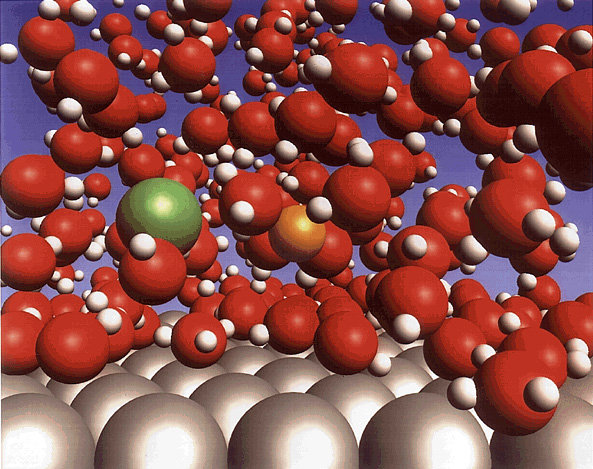 So why do evolutionists continue to believe in scenarios such as the “self-organization of matter,” which have no scientific foundation? Why are they so determined to reject the consciousness and planning that can so clearly be seen in living systems?

The answer to these questions lies hidden in the materialist philosophy that the theory of evolution is fundamentally constructed on. Materialist philosophy believes that only matter exists, for which reason living things need to be accounted for in a manner based on matter. It was this difficulty which gave birth to the theory of evolution, and no matter how much it conflicts with the scientific evidence, it is defended for just that reason. A professor of chemistry from New York University and DNA expert, Robert Shapiro, explains this belief of evolutionists about the “self-organization of matter” and the materialist dogma lying at its heart as follows:

Another evolutionary principle is therefore needed to take us across the gap from mixtures of simple natural chemicals to the first effective replicator. This principle has not yet been described in detail or demonstrated, but it is anticipated and given names such as chemical evolution and self-organization of matter. The existence of the principle is taken for granted in the philosophy of dialectical materialism, as applied to the origin of life by Alexander Oparin.[5]

The truths that we have been examining here clearly demonstrate the impossibility of evolution in the face of the second law of thermodynamics. The concept of “self-organization” is another dogma that evolutionist scientists are trying to keep alive despite all the scientific evidence.