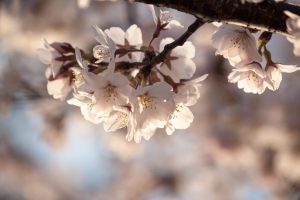 In his presidential campaign, Donald Trump notoriously said, “I think Islam hates us.” As is usual with this erratic, fact-free president, the assertion is not true.

If we take Muslim-Americans, who at about 3.4 million persons constitute some 1.1 percent of Americans, over 90% say they are proud to be Americans. Does that sound like hatred to you?

The conviction that Muslims are intrinsically hostile to the US comes in part from a misconception of Islam as a religion. I have tried to put some of the myths to rest in my new book. Muhammad: Prophet of Peace Amid the Clash of Empires.

You can’t generalize the world’s Muslims, since there are 1.5 billion of them, and they don’t have an over-all view of the United States. Some like American freedoms and principles but dislike US foreign policy toward issues such as Palestine. People in the eastern part of the Middle East have a negative view of the US under Trump. But a Muslim country like Senegal has a majority that views the US favorably and in Indonesia, the biggest Muslim country population-wise, the favorables are 48% to 43% unfavorable. France, Sweden, Germany and Spain are all more negative toward the US under Trump than are these two Muslim countries.

The fact is that Islam is an American religion. It has been on North American soil for centuries. Some of the emigrants to the New World from Spain in the 1500s forward were secret Muslims who had pro forma converted to escape persecution by the Inquisition. (Southern Spain was mostly Muslim for 800 years, but by 1492 the Castilian Catholics, having conquered all of the south, announced that Muslims and Jews would be expelled. Some managed to stay by an outward show of Catholic piety while they secretly practiced their original religion, becoming known as Moriscos).

From the 1880s, a significant emigration to the United States began in what is now Lebanon and Syria. Tens of thousands of Arabic-speakers came until the racist immigration law of 1924 stemmed the flow. About 10% of these immigrants were Muslim, and some founded mosques in the Midwest, in places like Cedar Rapids, Iowa and Dearborn, Michigan.

It is since 1965 that the Muslim-American community has grown to several million. The last 50 years of American history has seen substantial economic and cultural contributions to the US by Muslim-Americans. Just for an example, Elias Zerhouni served as head of the National Institutes of Health and presidential envoy for US scientific and medical exchanges with other countries. It is often forgotten just how many Muslim-American physicians there are, contributing mightily to the health and well-being of the nation.

The founder of the Muslim religion, the Prophet Muhammad, is someone whom you would think Americans would admire.

Here are five reasons why:

1400 years of Christian polemics have demonized Muhammad, but a dispassionate consideration of his life and message makes it clear that there is much for contemporary Americans to admire in his life and teachings.

Juan Cole is the founder and chief editor of Informed Comment and Richard P. Mitchell Professor of History at the University of Michigan. He is author of, among many other books, Muhammad: Prophet of Peace amid the Clash of Empires.