Watch out for this before Propagating the Message

`Abd Al-Lateef Al-Astal (who is this gentleman?) has demonstrated that the Prophet (peace be upon him) used to take into consideration the condition and the affairs of the people to whom he was propagating the message. This approach to da`wah was incorporating by his Companions. 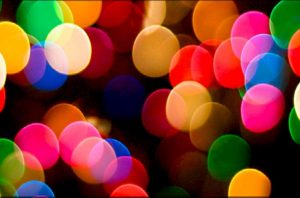 Take into consideration the condition and the affairs of the people to whom you are propagating the message.

Taking into Consideration the Condition of the People

They understood that one must speak to people in ways that are consistent with their level of understanding and comprehension. `Ali ibn Abi Talib stated, “Preach to the people according to what they can understand. Do you like (otherwise) that they would belie Allah and His Messenger?” (Al-Bukhari)

Similarly, `Abdullah ibn Mas`ud said, “You will not narrate a hadith to the people that is beyond their grasp except that you will be a source of confusion (fitnah) for some of them.” (Muslim)

The meaning of these statements, as interpreted by many, is that not everyone is able to understand everything.

For some people, there may be some knowledge that will confuse them or perhaps even make them doubt or question what has been narrated.

Similarly, there may be some reports that people will not understand properly and, in turn, this could lead to a misapplication of such reports.
However, in this day and age, when information and propaganda are both widely available, there are plenty of Islamophobes, Orientalists, modernists, progressives and other enemies of “traditional” Islam who are more than happy to present and highlight concepts or issues that they know will be difficult for the masses to comprehend completely. For many such people, their goal is possibly nothing more than to cast doubts into the hearts and minds of the Muslim masses.

Unfortunately, doubts and challenges can easily be stated in short “sound bites” while the responses—if one truly desires the truth and not simply sensationalism—requires detail, attention and concentration. Many people, sadly, may be willing to listen to short statements but may not be willing to put in the time and energy to understand a topic properly.

In sum, as important and reasonable is the principle that `Ali ibn Abi Talib and `Abdullah ibn Mas`ud mentioned is, the current situation is such that information has become too easily available and, consequently, individuals are exposing themselves to information that is beyond what they can comprehend.

This inevitably leads to confusion, doubts and lack of certainty in the teachings of Islam.

At the same time, though, there may be an important corollary that can be derived from the statements of `Ali ibn Abi Talib and `Abdullah ibn Mas`ud. In the same way that one should not present material that is beyond a recipient’s level of understanding, one should also not explain material in a manner that is not relevant or pertinent to an individual’s level of understanding.

In particular, one should be careful about responding to an individual’s question or doubt in a manner that seems to be “below” his actual or self-perceived level of understanding and knowledge. For example, for any challenge to an Islamic teaching, it should be sufficient, at an essential level, to simply say, “That is what Allah and His Messenger commanded or stated.”

After all, Allah said:

The only statement of the (true) believers when they are called to Allah and His Messenger to judge between them is that they say, ‘We hear and we obey.’ And those are the successful. (An-Nur 24:51)

However, many Muslims today, due to many influences, feel that they are above that level of such a “simplistic approach” to faith. Some believe that we are now living in a time of human advancement, knowledge and civilization. Therefore, there is a need to understand and discuss certain issues beyond simply saying that that is the law that has come down from Allah:

In addition, it is perfectly acceptable, even when one has not doubt, to ask and want to know more out of desire for knowledge. The most obvious example of this nature relates to the Prophet Abraham (peace be upon him). Allah relates in the Qur’an Abraham’s statement:

Commenting on that incident, the Prophet (peace be upon him) said, “We have more right to doubt than Abraham.” (Al-Bukhari.)

It could be considered natural to ask and wish to know more about one’s faith. That is true in general and that is even more so true when doubts are being raised concerning the faith.

There is, though, one caveat that must be kept in mind: Humans’ abilities to understand and conquer the realms of this cosmos are limited, not to speak of delving into the matters of the Unseen.

This point should never be lost on humans. In the end, they must realize that all knowledge truly is with Allah alone and what humans are able to discover is actually miniscule indeed. The following hadith beautifully highlights this reality:

Ibn `Abbas stated: The Quraysh said to the Jews, “Give us something that we can ask this man about.” So they said, “Ask him about the Rooh.” So they asked him about the Rooh. So Allah Most High, revealed, “They ask you concerning the Rooh. Say: The Rooh is one of the things, the knowledge of which is only with my Lord. And of knowledge, you have been given only a little”. (Al-Israa’ 85). They replied, “We have been given immense knowledge, we were given the Torah, and whoever has been given the Torah, then he has indeed been given a wealth of knowledge.” So the following was revealed: “Say: ‘If the sea were ink for the Words of my Lord, surely the sea would be exhausted (before the Words of my Lord would be finished)’” (Al-Kahf 18:109)

The article is an excerpt from the Paper “Revisiting and Reviving the Dawah Narrative (Renewing the Da`wah Narrative in a Way that Safeguards the Fundamentals and Suits our Times and Places)” by Jamaal Al-Din M. Zarabozo.